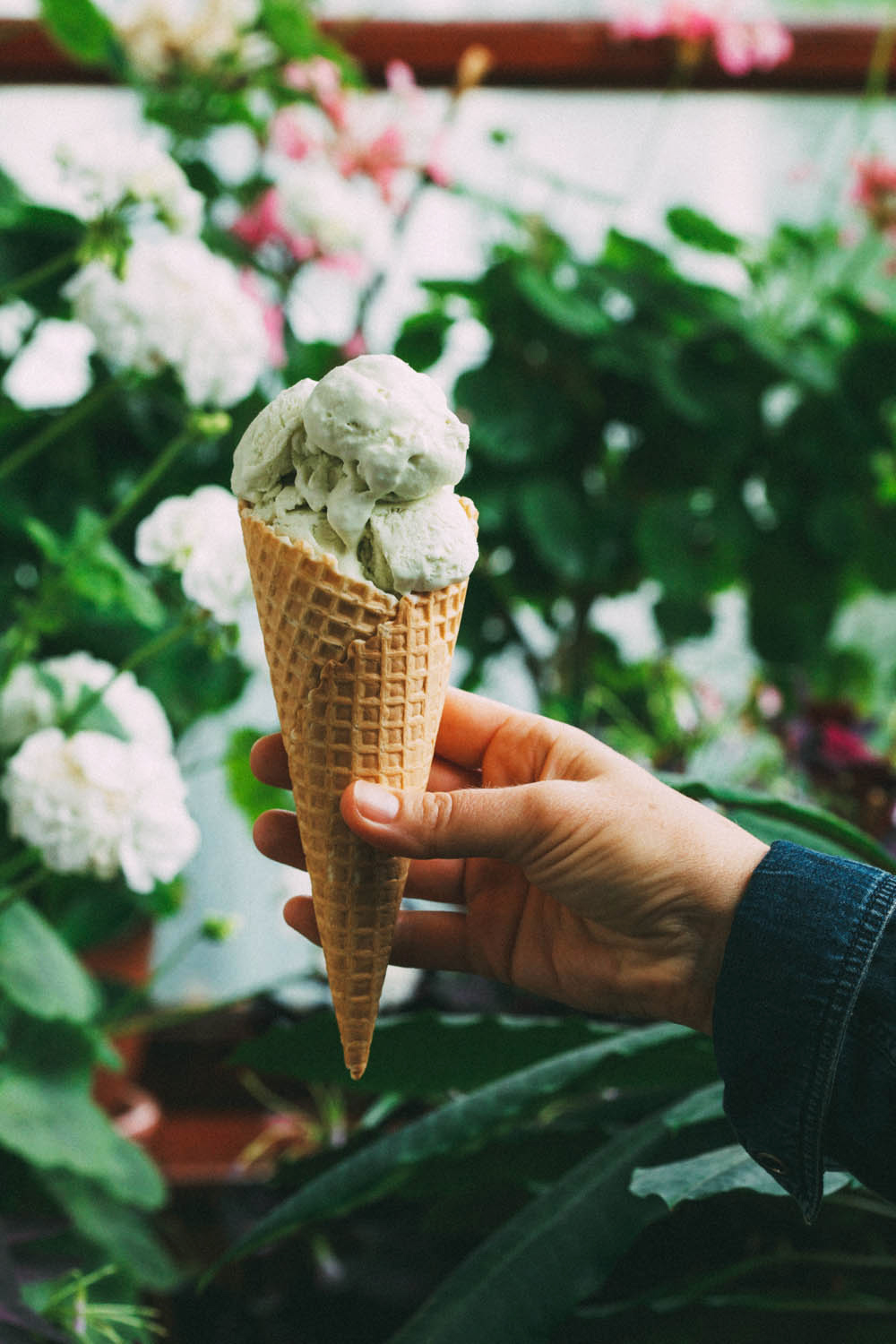 During our recent stay in Russia, we took the time to enjoy our home region of Northern Caucasus and fell in love with it all over again. To orient you in the landscape – there is widespread steppe that rolls Southward into green hills, which eventually transition into the Caucasus Mountains. On clear days, you can see Elbrus, the highest peak in Europe, from an open point in my hometown. 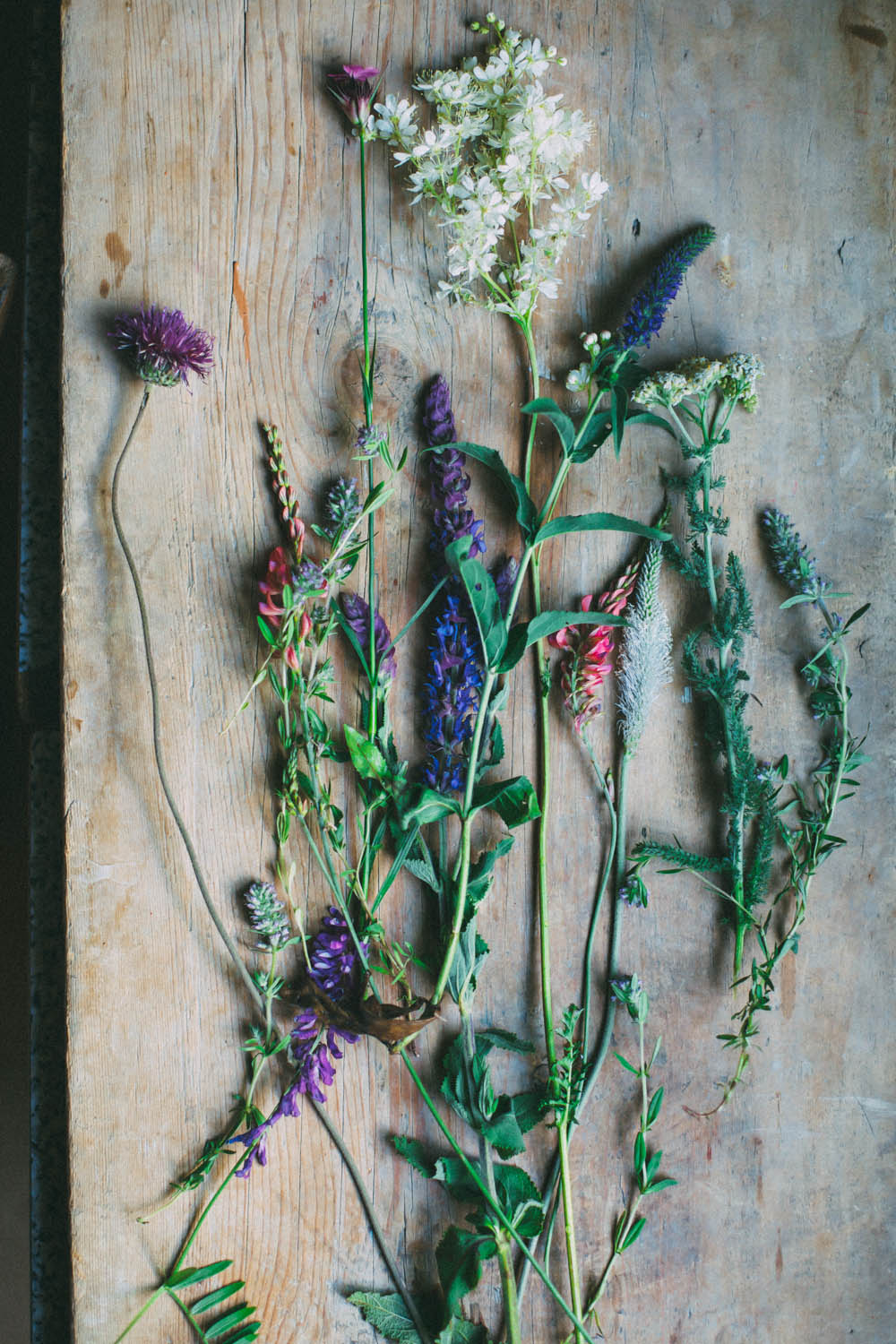 Ours is an agricultural region, known for its fertile, black soil. The steppe is home to many wildflowers and medicinal herbs, like wild thyme and sage. The herbs get steeped into teas, which many people make at home. 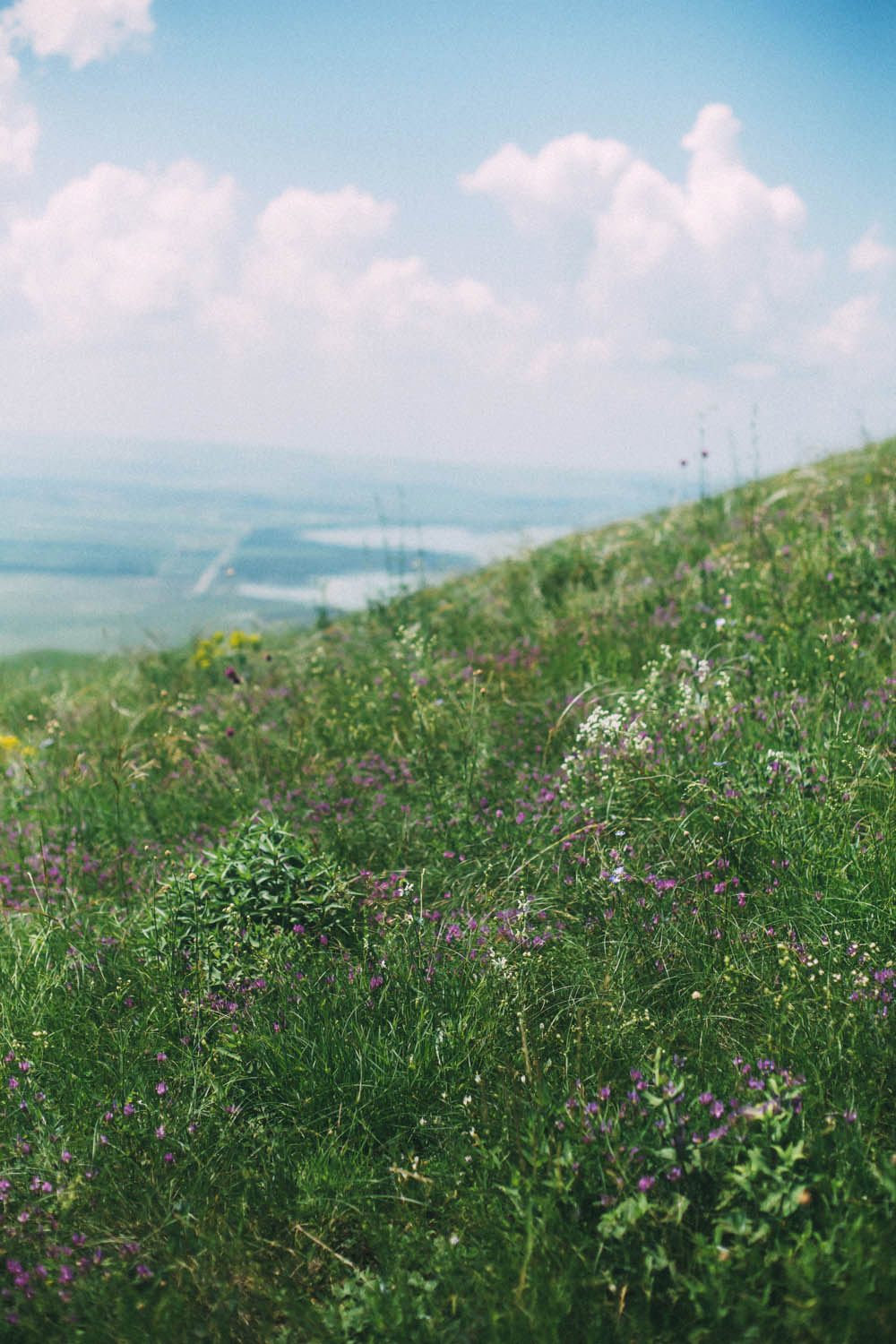 Paloma and I frequented the local market, which was just a couple hundred steps away from my mom’s house. There too, mounds of spring greens and herbs – culinary and medicinal alike, were on beautiful display, asking to be taken home. 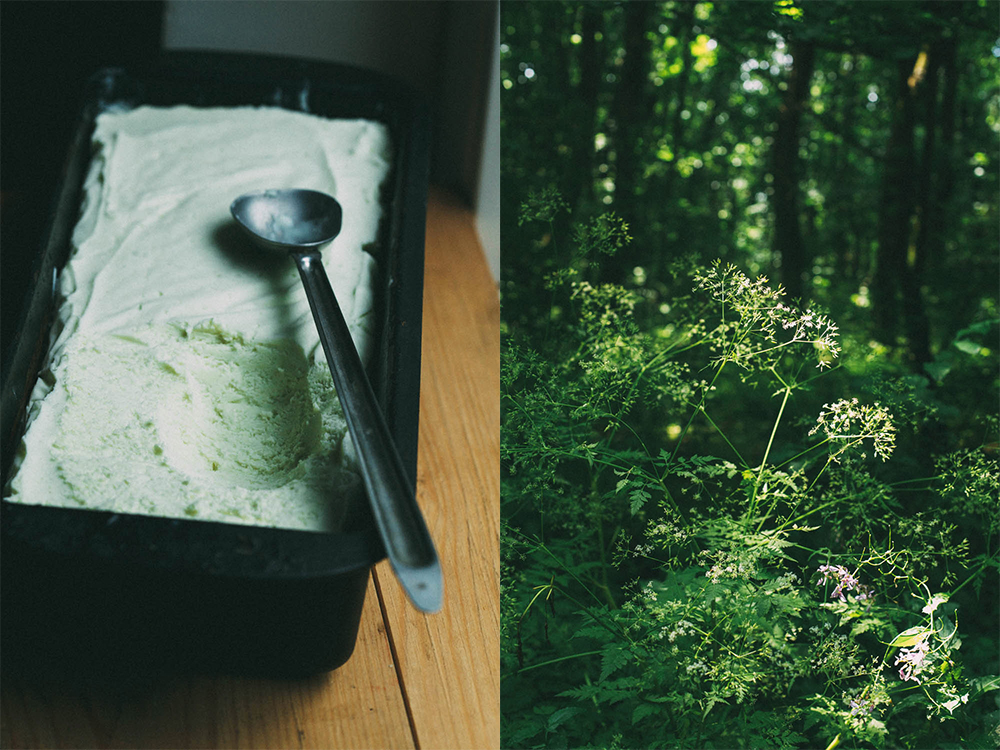 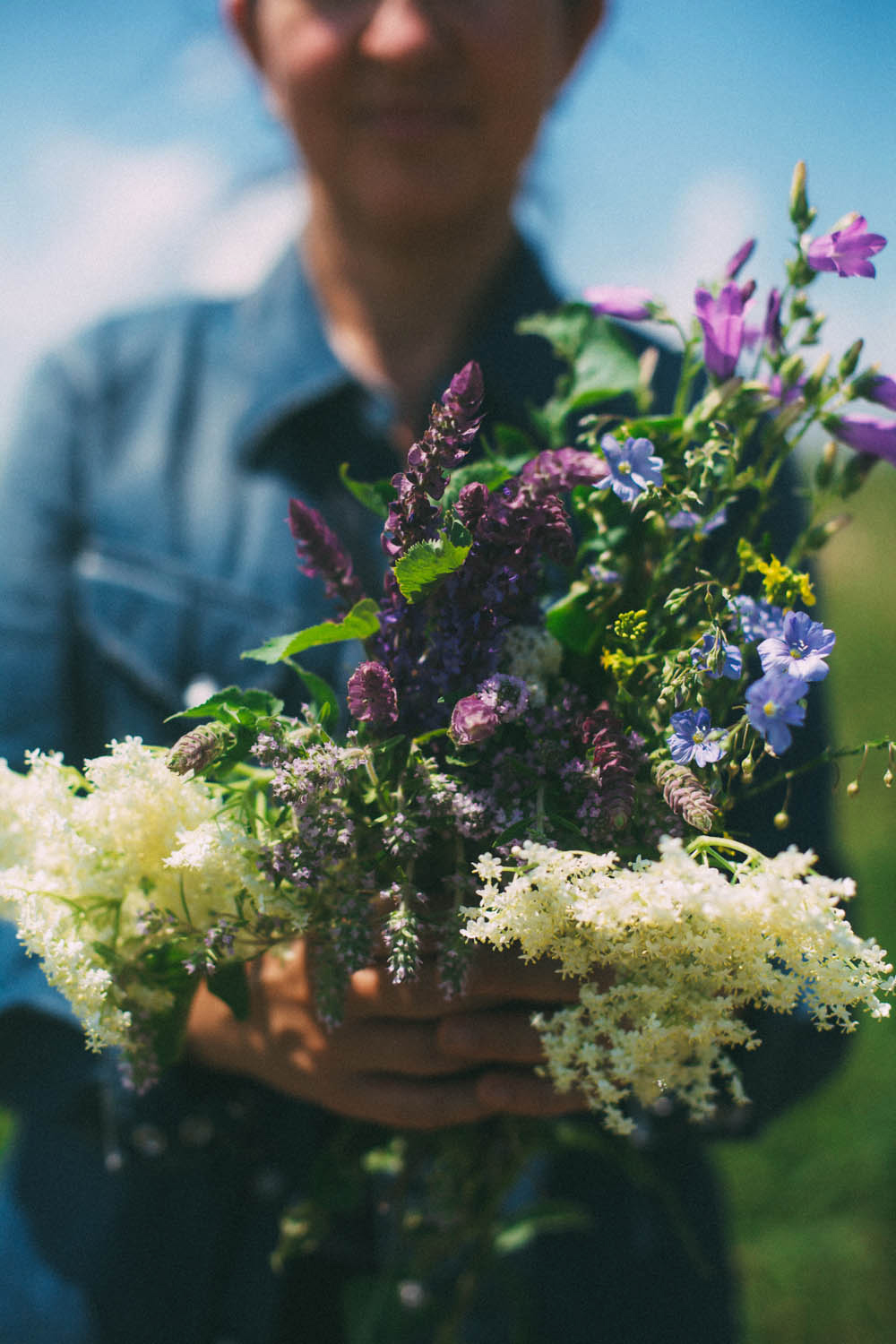 My mom is an amazing cook and I can never compete with her when it comes to traditional Russian dishes, so I tried my best not to interfere in the kitchen very much. That being said, I can never stay away from cooking for too long, especially once I got the idea to use some of the local herbs in an ice-cream. The bushes of tarragon at the market were especially tempting – the unique flavor of tarragon always intrigues and challenges me. 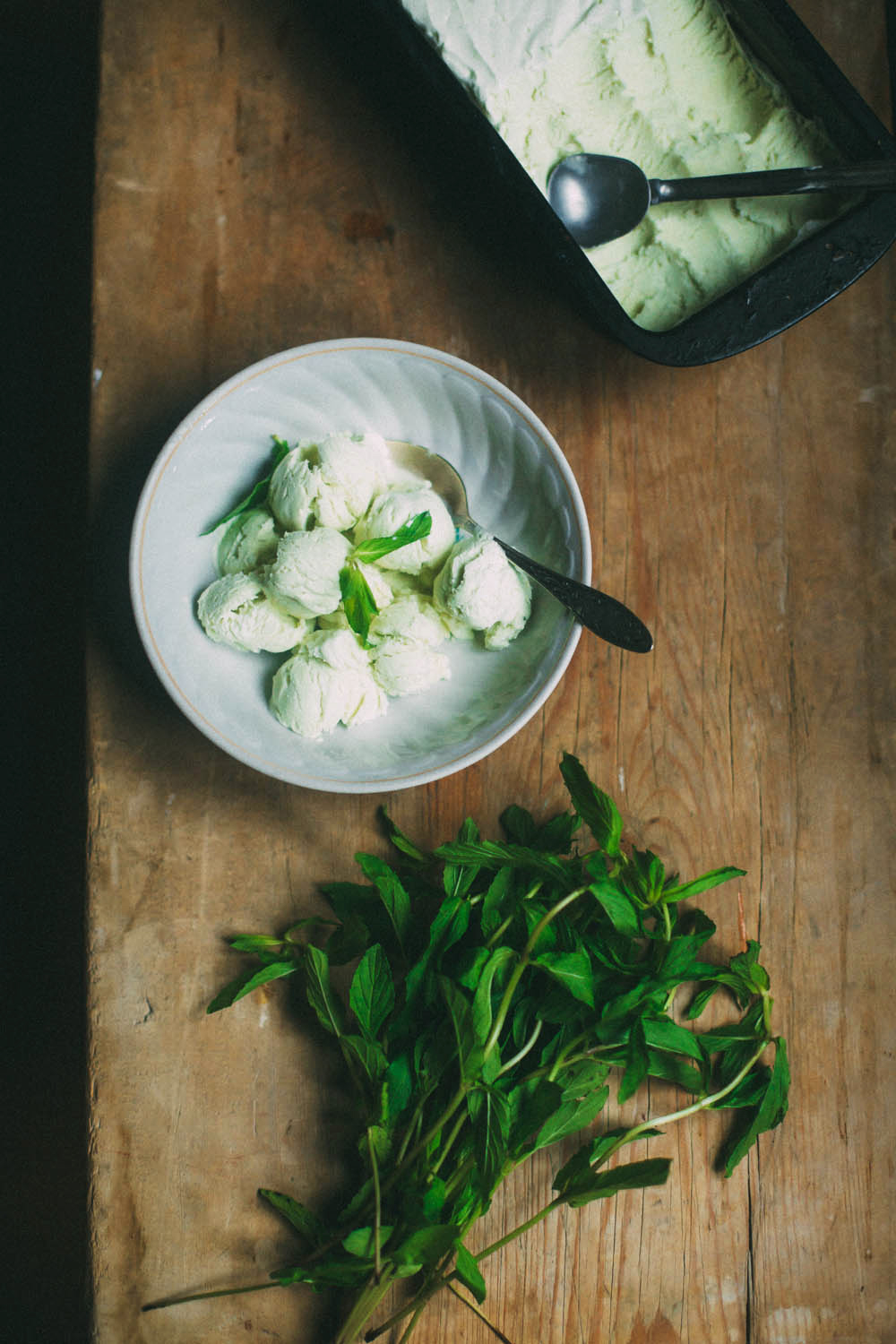 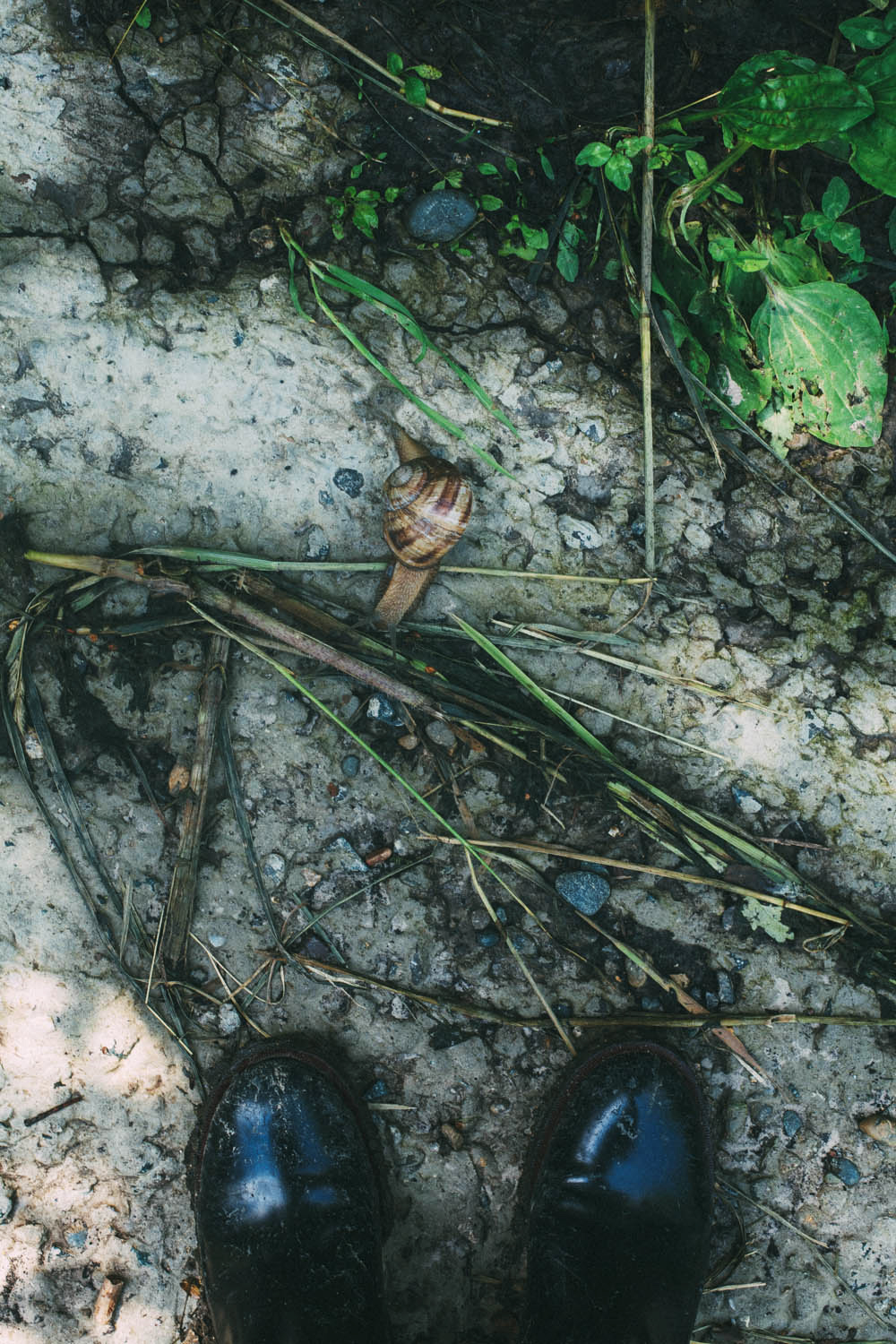 Our region is known as a melting pot of many ethnic groups – Armenians, Georgians, Azerbaijani, Karachays, Circassians, Russians and more – that have been living there side by side for many generations. Each group has a deeply rooted culinary culture, very often with a strong emphasis on herbs and spices, which make the food bright and distinct in flavor. Tarragon is one of the herbs that is in frequent use, but when I told the vendor lady at the market that I’m going to put it into ice-cream, she was clearly shocked. She hurried to let all of her pals know what she thinks about it all in Armenian. I would have payed good money to have a translator right there and then. 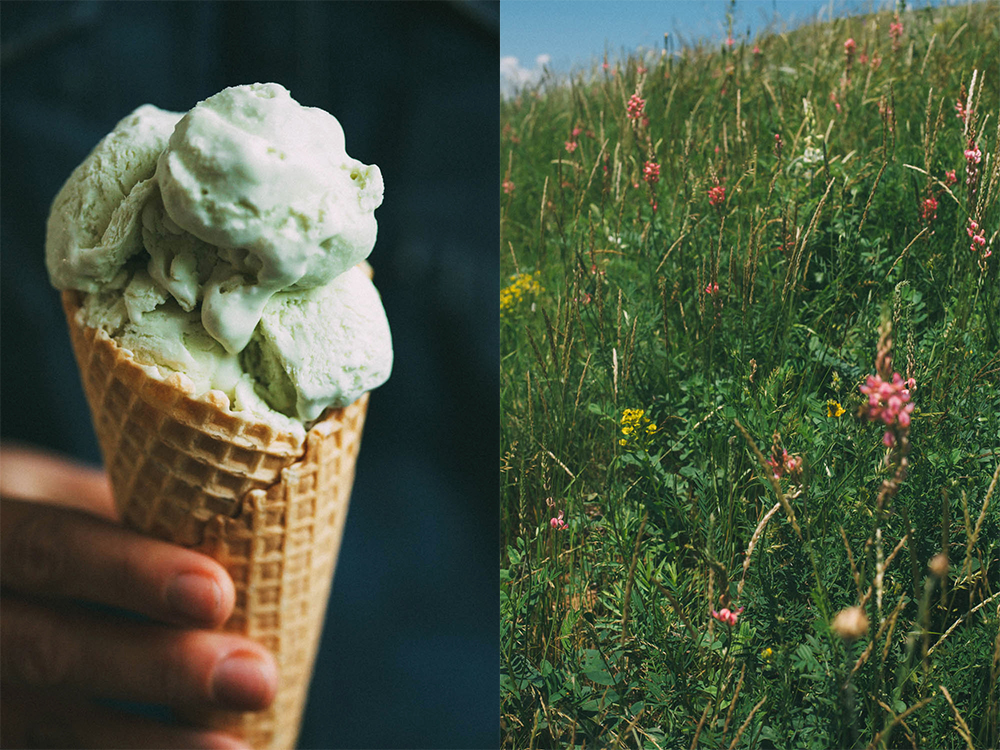 In the absence of an ice-cream machine, I turned to a no-churn recipe, which I learned about from Sarah. As usual, my first choice was to use coconut milk, but the only kind available wasn’t right in quality. I ended up with the recipe below which is very easy and amazingly delicious – you will not typically find these ingredients here at Golubka, but I was working with what I had at the moment. The ice cream was a huge success among friends and family.
Back home, I re-created the ice cream into a much lighter and vegan version that requires an ice-cream maker, so I’ve included both recipes here. 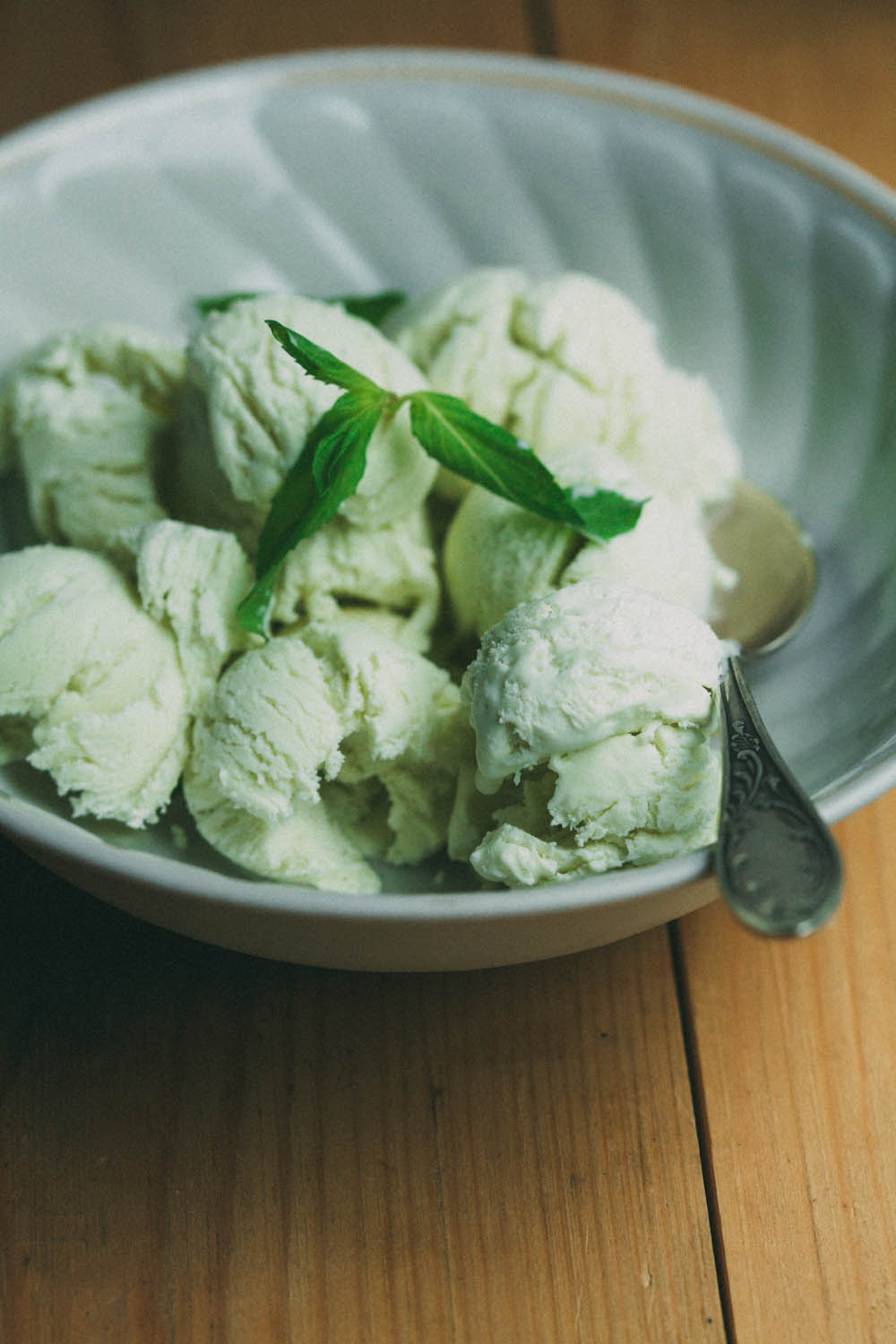 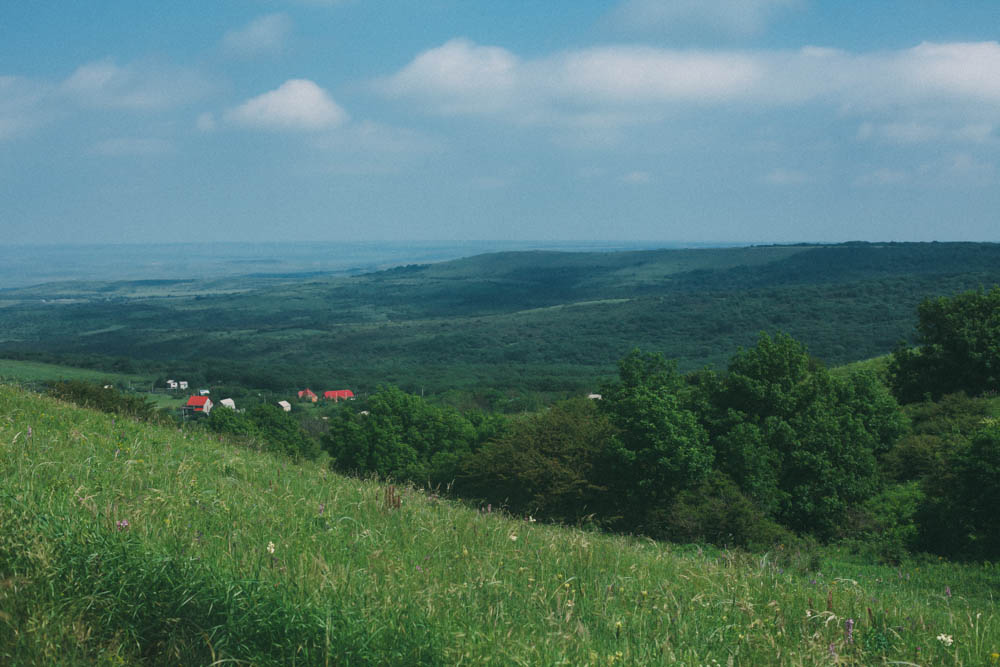 1. Bruise tarragon and mint with the back of a chef’s knife to help them release their oils. Place herbs into a medium saucepan. Pour the heavy cream over them and bring to a near boil.
2. Remove from heat, cover and let cool at room temperature for 1 hour. Strain the herbs out and cool completely in a refrigerator.
3. Combine the condensed milk with salt in a mixing bowl. Beat the chilled cream by hand or in the bowl of a stand-up mixer on high until stiff peaks form. Gently fold about 1/3 of the whipped cream into the condensed milk until fully combined, followed by the rest of the cream.
4. Pour into a loaf pan or another freezer appropriate dish. Cover and freeze until firm – about 6 hours or overnight. Let sit at room temperature for 5-10 minutes before serving.

1. Bruise tarragon and mint with the back of a chef’s knife to help them release their oils. Place the herbs into a medium saucepan and pour the coconut milk over them. Bring to a near boil.
2. Remove from heat, cover and let cool at room temperature for 1 hour. Strain out the herbs, pour the infused milk into a blender with the rest of the ingredients and blend until fully combined.
3. Chill completely in the refrigerator, preferably overnight. Churn in an ice-cream machine according to the manufacturer’s instructions – about 25 minutes.
4. Transfer into a loaf pan or another freezer appropriate dish. Cover and freeze until firm, about 6 hours or overnight. Let sit at room temperature for 5-10 minutes before serving.