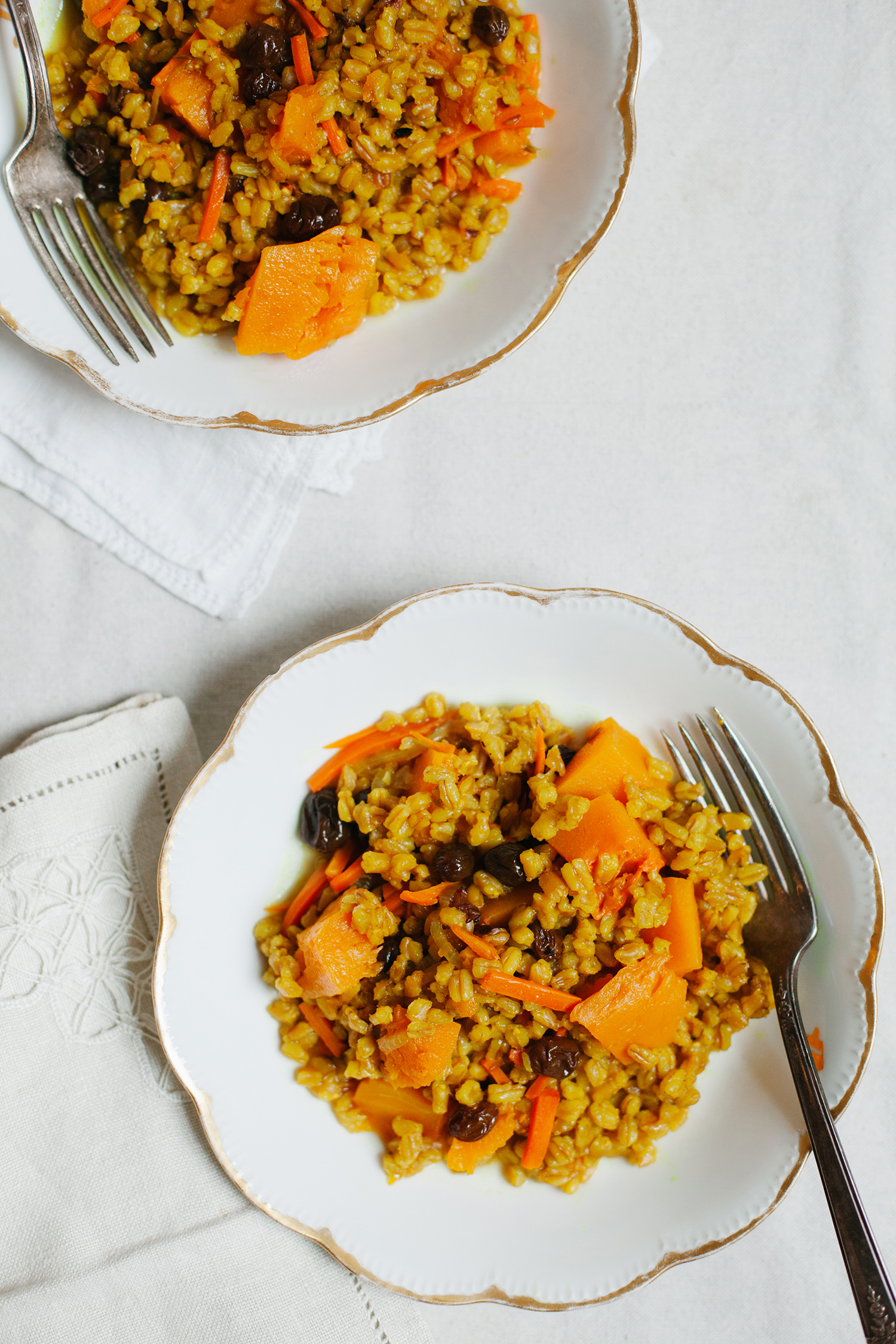 Checking in today to share another step-by-step cooking video that we shot of one of our favorite recipes from Simply Vibrant, the Bukhara Farro Pilaf. Pilaf is a dish that’s taken very seriously in the southwest of Russia, where we’re from. It’s also common belief there that the best pilaf recipe comes from Uzbekistan, named after the ancient Uzbek city of Bukhara. I’ve encountered almost as many recipes of Bukhara pilaf as I have cooks in my life, each believed to be more authentic than the other, and each very good. My recipe is far from authentic, but I’ve taken all of my favorite (plant-based) elements of Bukhara pilaf and combined them in this dish. I also decided to use farro as the grain of choice here, but I did that to show the versatility of this dish more than anything else. It can be made with rice, farro, or any other similarly sturdy grain.
The reason that we chose to film this particular recipe is to show the magic and simplicity of the prep. Pilaf is the ultimate one pot dish, and in this particular one, all the ingredients are layered in the pot, and then cooked and steamed in those undisturbed layers. Once cooked, opening the pot to a golden, aromatic pilaf is always a bit astonishing – it’s as if it cooked itself.
Paloma expressed interest in helping to cook the dish for the video and ended up running the show, with guidance on our part. She was most amazed by the shimmering of the onions when she added them to the heated and oiled pot. And she even ate some pilaf at the end of the process, which is surprising because she’s not a fan of squash in any form. A good reminder of the fact that involving kids in cooking makes them more likely to try the dishes that they help with.
Hope you enjoy this one! You can find the full recipe in our new cookbook, Simply Vibrant :)