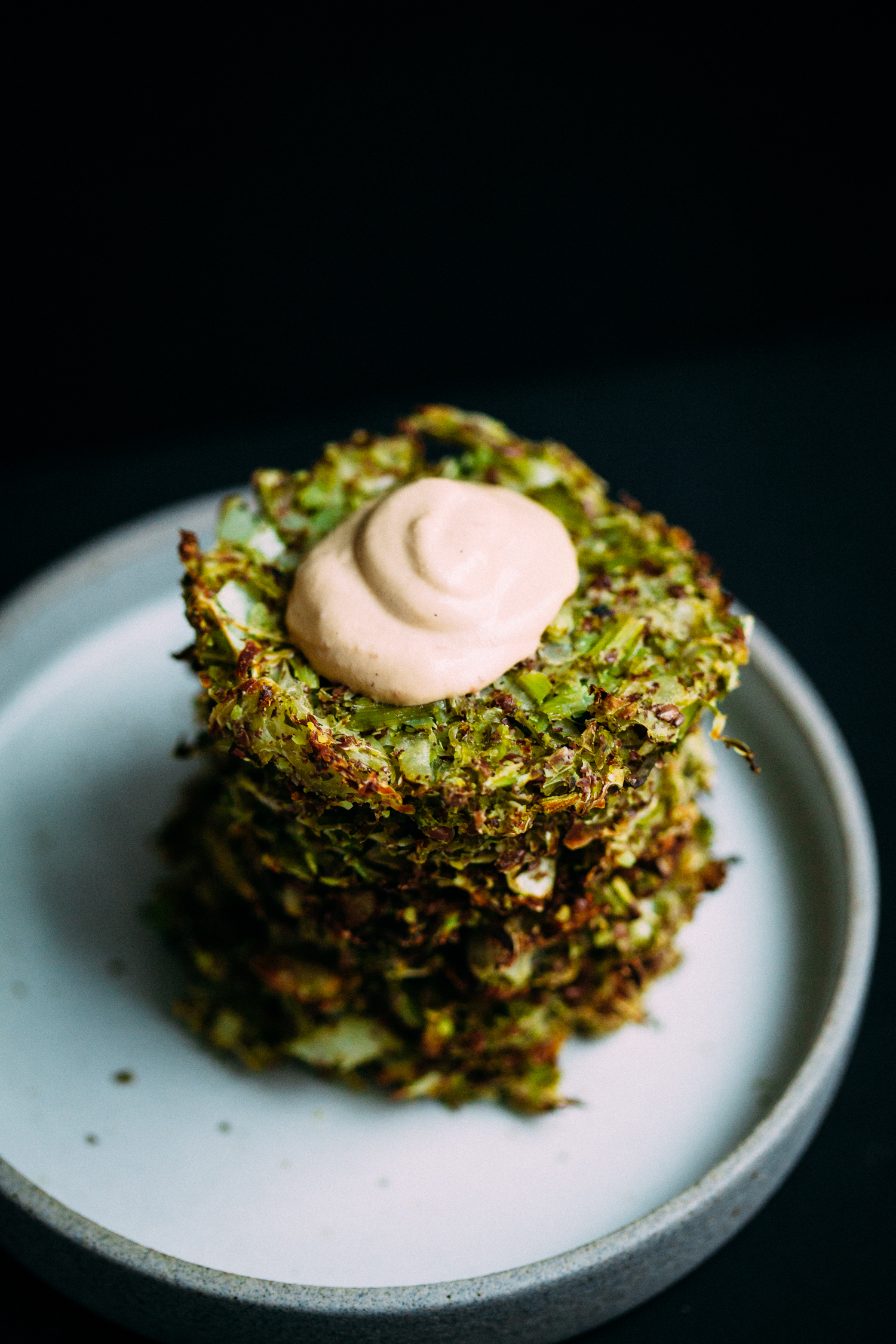 If you haven’t yet read the self-care interview we posted this past Sunday, check it out for some serious inspiration. Amanda, who we interviewed, leads a low-waste lifestyle with her family. Ever since we’ve found her blog and instagram, her kind encouragement on the subject of waste has completely changed the way we look at the trash we produce. It’s kind of amazing how unaware we’ve been about the whole thing, and it’s so easy to think this way – you put the trash in the garbage bag, then out on the curb, and then it just goes away. Even though it’s pretty obvious and easily google-able, it took us a while to truly comprehend that the bags and bags of trash that we put out every week don’t just vanish. Of course they don’t! We’ve definitely had an idea and subconscious understanding of that fact, but never gave it much more thought beyond that. We are both far from zero-waste, but we’ve slowly started taking small steps to reduce our trash. It’s been such an empowering process that we wanted to share a bit about it here. The first measures we’ve taken is cooking with our vegetable and fruit scraps as much as possible, and then composting the scraps that we can’t use up. Those steps alone have been huge, because we cook so much and go through tons of produce. The cool thing is that we’ve actually managed to get some delicious recipes out of repurposing veggie and fruit scraps, starting with these Broccoli Stem Latkes. 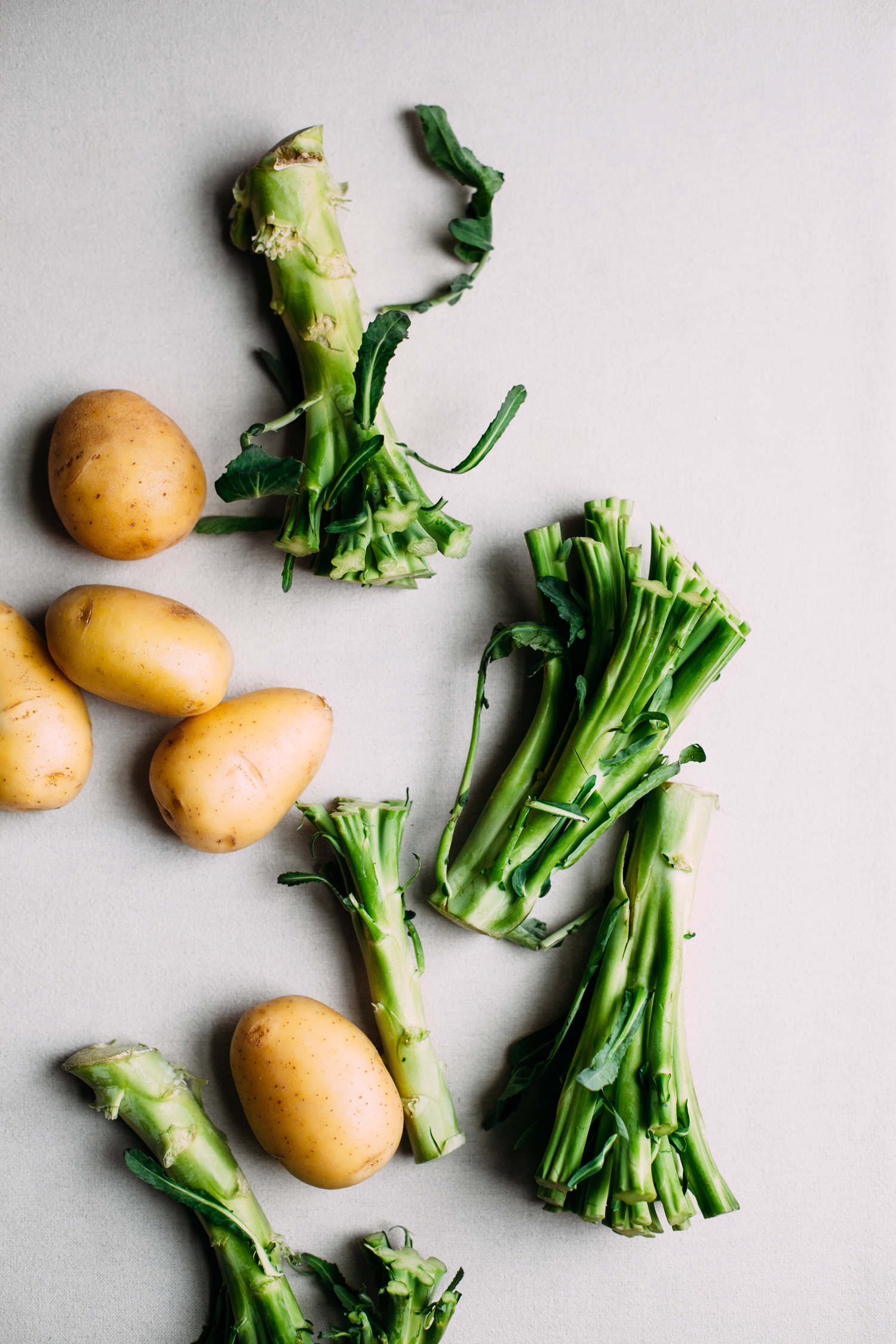 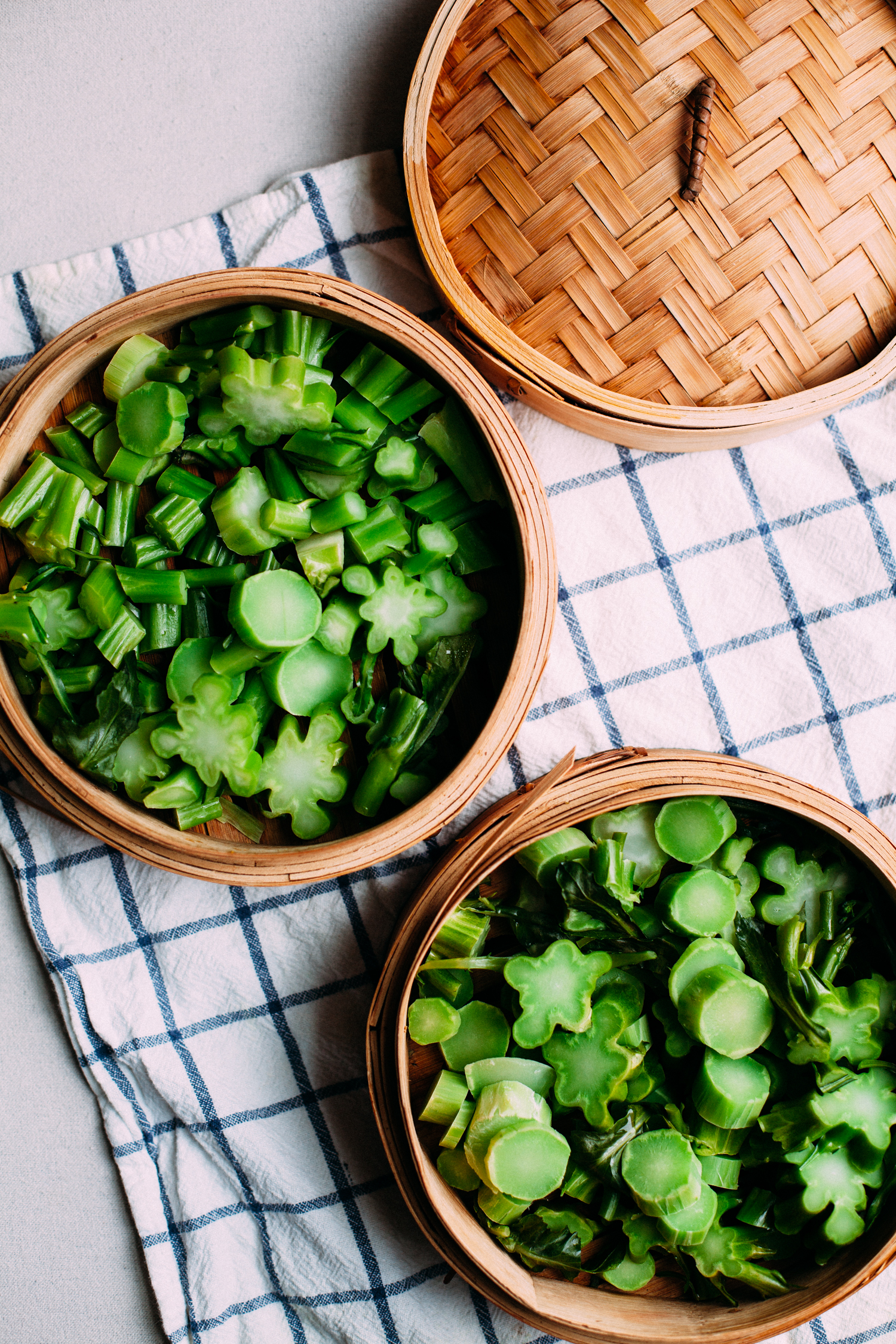 We have a huge weakness for latkes, so we wanted to see if broccoli stems could be seamlessly incorporated into our favorite oven-baked latke recipe. They ended up turning out delicious and no broccoli stems were wasted! We are super excited to share more vegetable/fruit scrap recipes like this one in the months to come.
It’s interesting how we look at certain parts of fruit and vegetables as edible and others as inedible. In some cases, like with potato leaves, those beliefs are very valid, while in others, like with broccoli stems, they are not. Broccoli stems are completely edible, and can be really tasty, plus super nutritious. Same goes for carrot, radish, and beet tops, green leek tops, organic root vegetable peels, organic citrus peels, etc. The great thing about broccoli stems is that they are tough and keep very well in the fridge, so we usually wait until we save up quite a bit of the stems to cook something with them.
We’ve also started composting whatever food scraps we can’t use up in our cooking. We previously thought that throwing away produce scraps is totally ok, because they’ll just decompose and go back into the soil. Turns out, it doesn’t quite work like that. Food scraps end up in the landfill, where they take up space (they are the #1 material sent to landfills!) and get blocked off from oxygen, which results in a slow break down process (anaerobic decomposition) and the release of methane, a greenhouse gas. Composting, on the other hand, is an aerobic decomposition process, where the food scraps break down more quickly and turn into a nutrient-packed material, which can be used to enrich soil and grow more plants. It’s all circular and makes so much sense.
Neither of us has a garden/backyard or curbside compost pick-up, so instead of actually putting our food scraps through the composting process ourselves, we’ve been dropping them off at a compost collection booth at the farmer’s market. The scraps are taken to compost facilities, and once broken down, the nutrient-rich material is used to fertilize the soil on nearby farms and in city parks. To avoid any smell or flies, we just store the scraps in the freezer in a paper bag until the bag is full, then drop it off. Every community is different in terms of composting options – some people do it themselves in their backyard/garden or worm bin, others have curbside compost pickup, then there’s farmer’s market drop-off, etc. What can be composted also varies from place to place, but generally it’s any produce scraps, any plant matter, coffee grinds and filters, paper tea bags, eggshells, lint, and non-greasy paper products. I also want to acknowledge that some people have no access to any compost services, so in a way it’s a privilege. If you can’t find any compost options where you live, try asking a local nursery, community garden, or even a neighbor that gardens if they would accept compost. It’s valuable stuff for anyone who grows plants. If none of those is an option for you, just using up veg/fruit scraps in your cooking as much as you can and generally being mindful about using up all the food you buy is a huge help. Every little step adds up :)
Do you compost? We would love to hear about everyone’s experience with it.

Further reading on the subject: 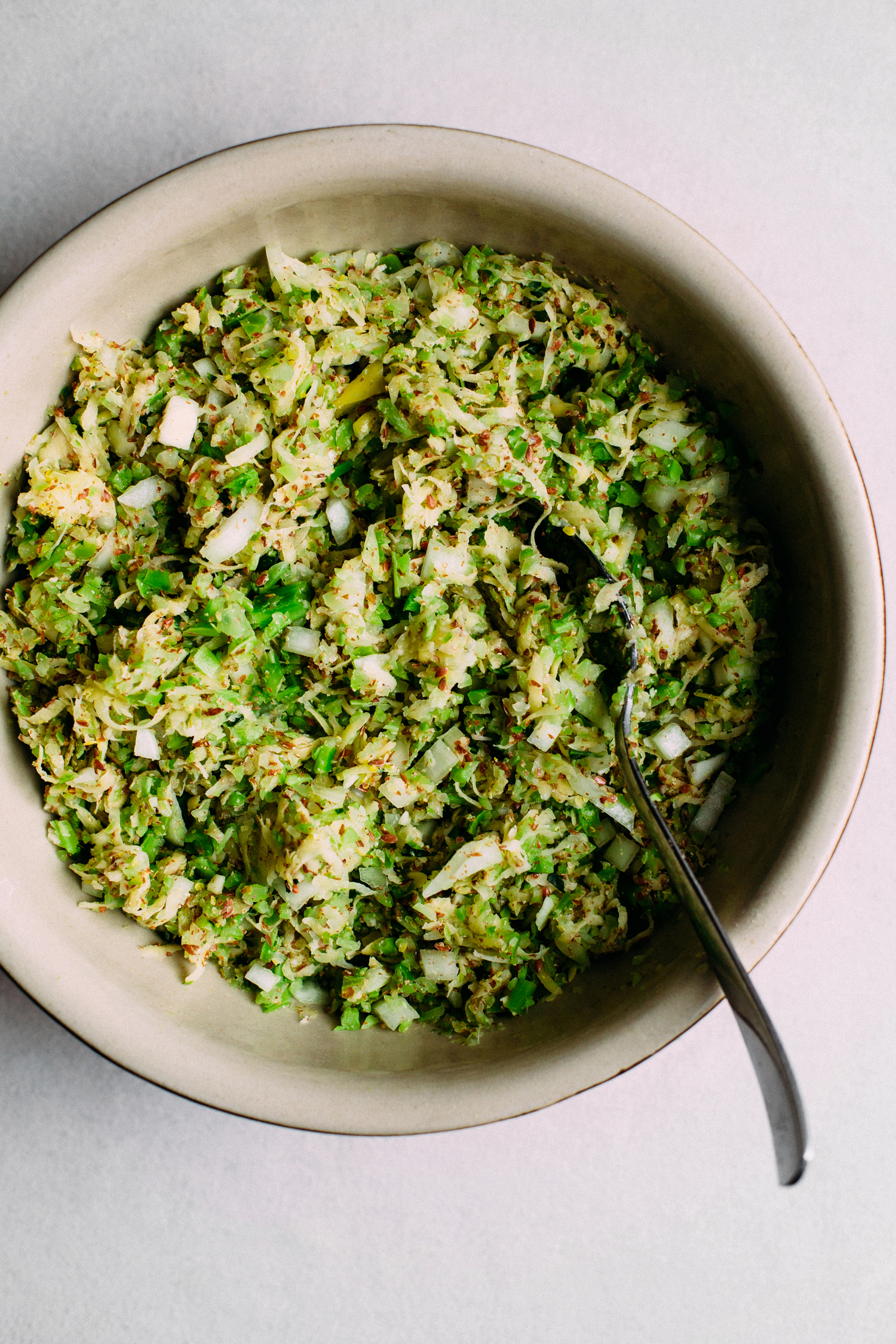 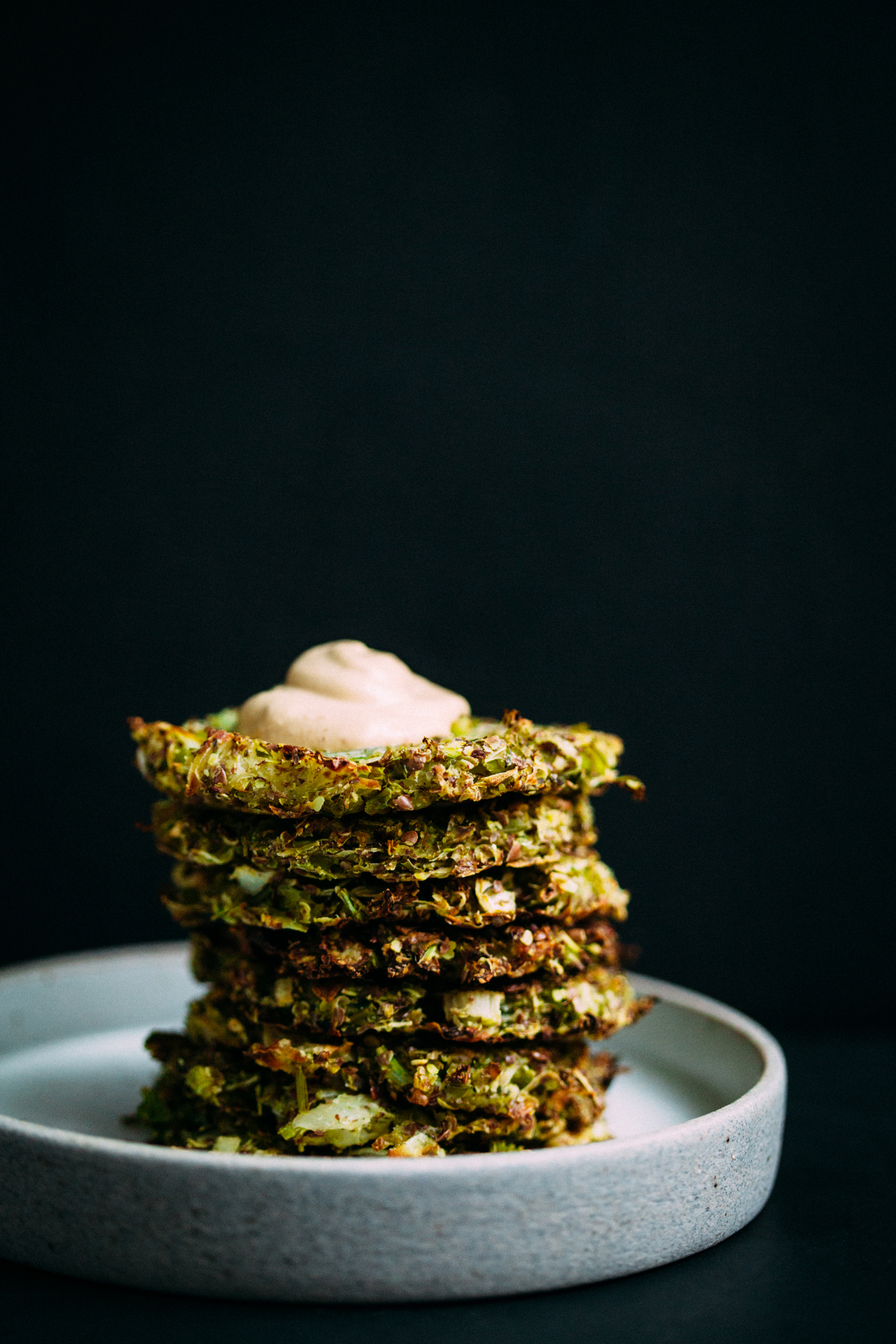