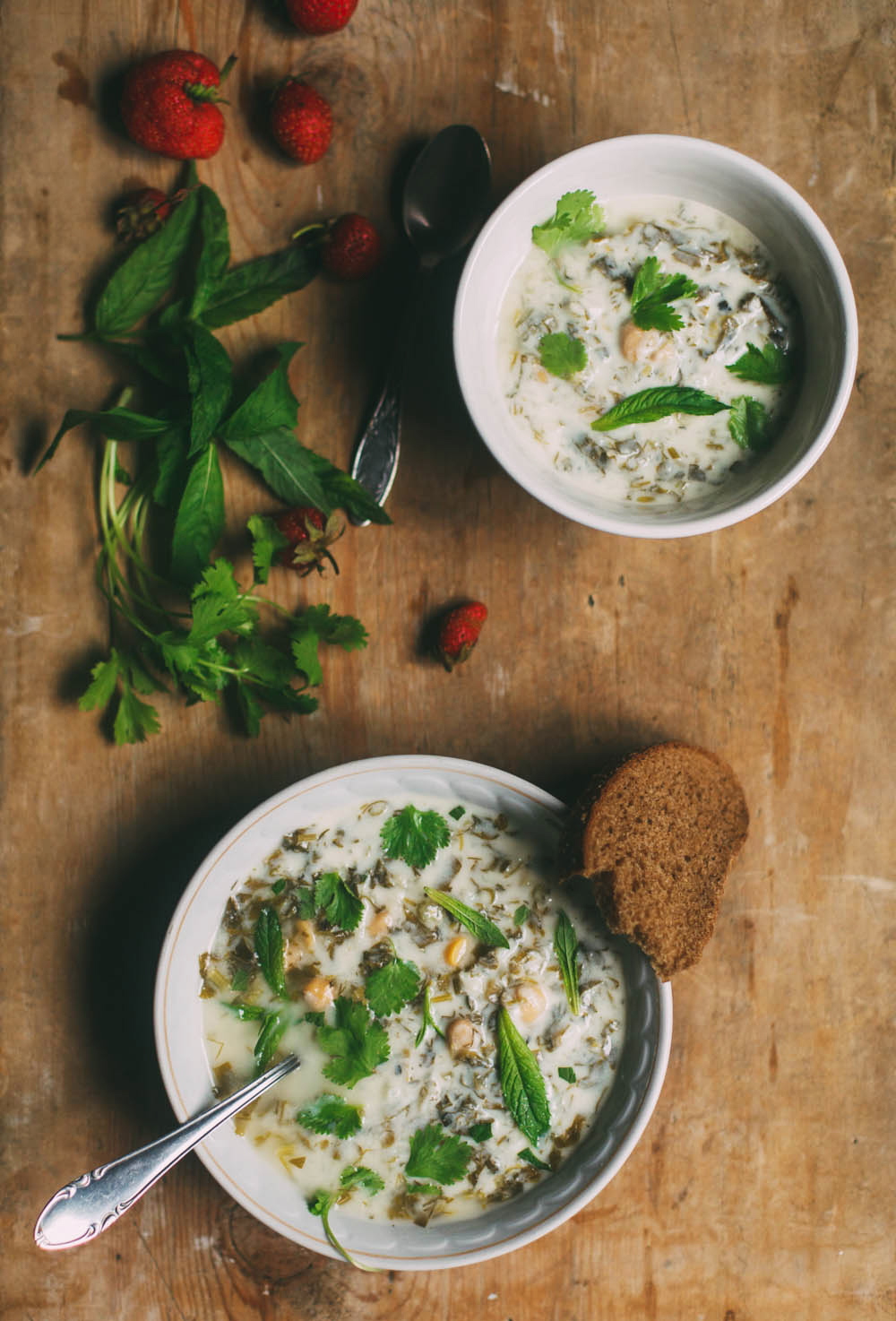 I recently talked a bit about my home region in Russia, and its array of food cultures and cuisines. Its unique geographical positioning near the republics of the Caucasus mountains allowed me to form all kinds of connections with people from the neighboring areas, while living there most of my life.
My sister-in-law, Alla’s, family resided in Azerbaijan for many years. Visiting their home for lunch is always a treat, as the table is guaranteed to feature some authentic Azerbaijani dishes, learned first-hand during their stay. 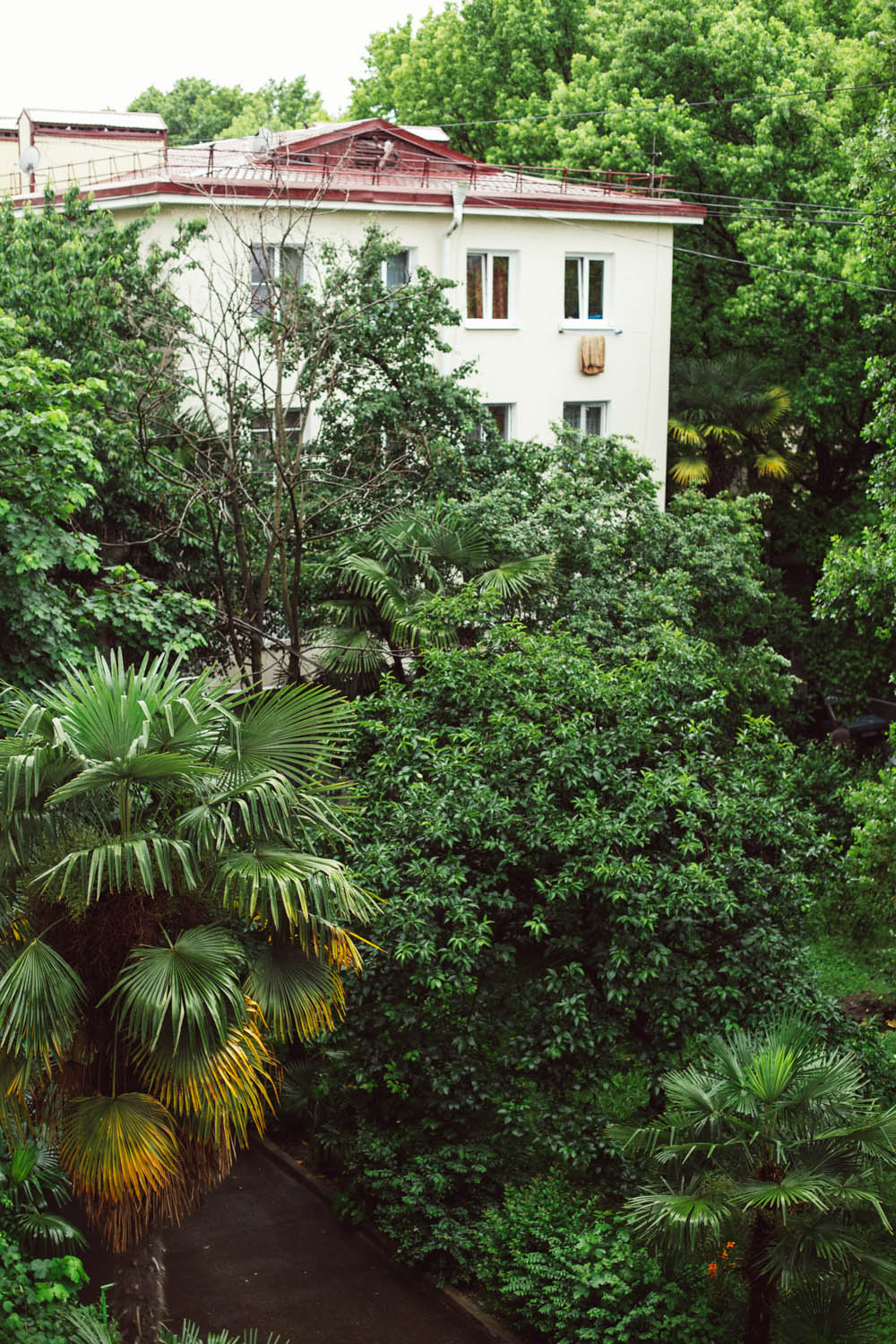 This time around, Alla’s mother introduced me to Dovga, an Azerbaijani wedding soup that is traditionally served at the celebratory table between meat dishes, as a vitamin and digestion boost. I couldn’t believe I’d never tried the soup before – it is exactly the kind of thing I want to eat during the summer. 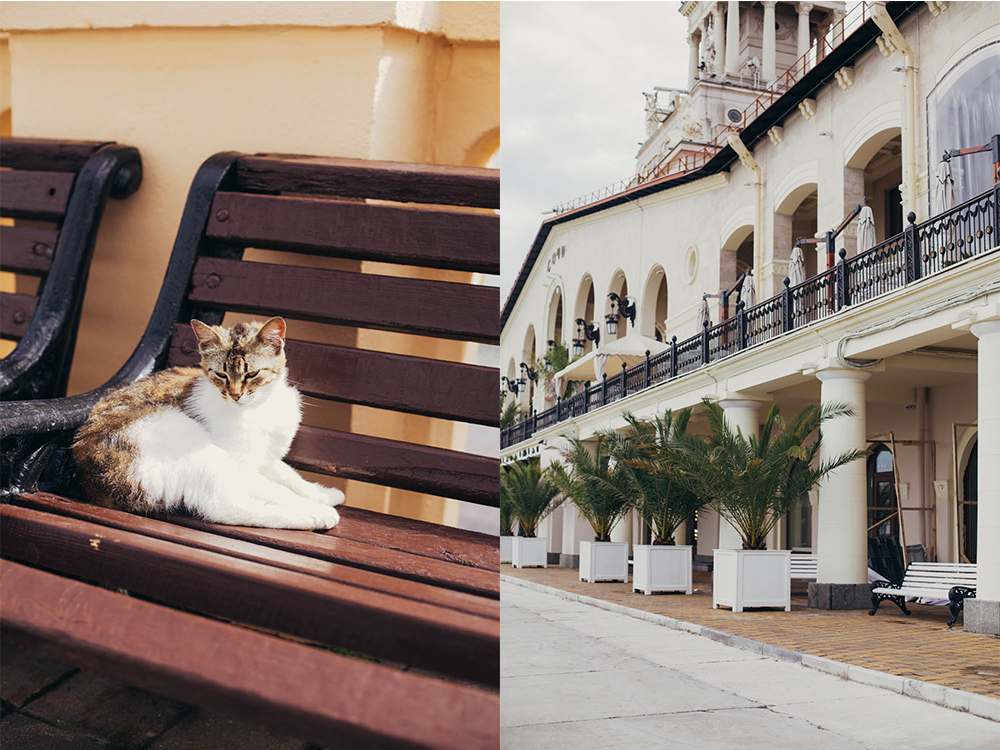 The base for dovga is made up of several types of fermented milk beverages, refreshing and healthy probiotic drinks, such as matsoni, ayran, and kefir. All of these cultured dairy drinks originate from the mountains of Caucasus. As it turns out, kefir, which nowadays is one of the most beloved beverages in Russia, was not introduced there until the beginning of the 20th century.
People from the Caucasus have always been known for their incredible longevity. In 1908, the Russian royal scientists were determined to unveil the mountain people’s fountain of youth. They sent a young woman scientist by the name of Irina Sakharova down South, to fetch some kefir grains from Bek-Mirza Baichorov, a Karachai prince who was rumored to have the goods. Baichorov did not want to give up his people’s secret, but legend has it that upon seeing Irina, he fell in love and proceeded to kidnap her, which is a customary courting routine in those parts. Later, in court, the freed Ms. Sakharova offered to drop the charges if Baichorov gave up some of his kefir grains, to which he agreed. Soon after, the nation, and later the world, fell in love with the miraculous drink. Who knows how much of this legend is true, but I like thinking of it as fact – a beautiful story of kefir and unreturned love. 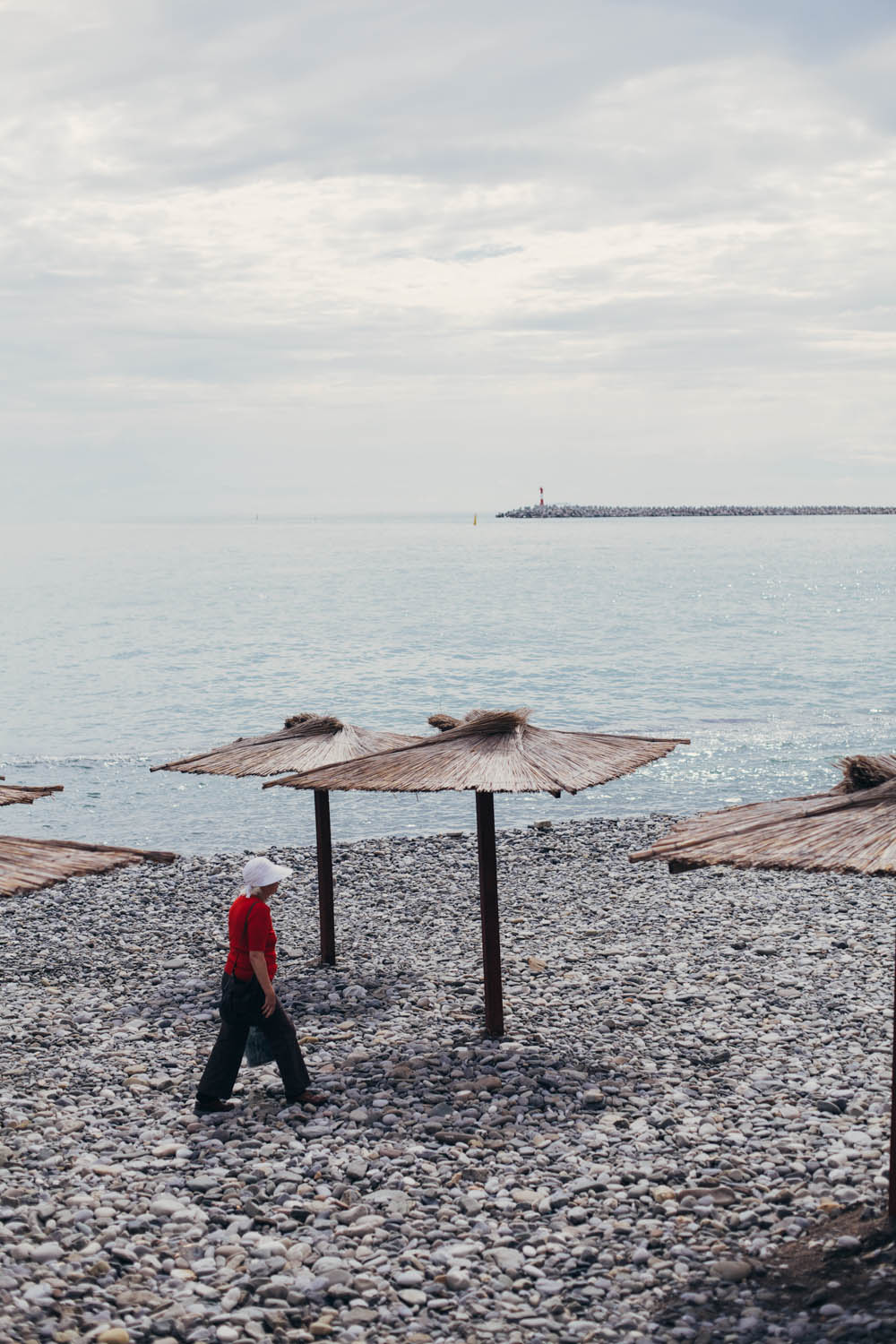 Back to Dovga – it is packed with a great amount of herbs and leafy greens. Now is the time to eat as many greens as you can, while they are still fresh and abundant at markets, before fall sneaks up on us.
Dovga can be served hot, right after making it, or cold. It is not recommended to reheat it after it’s been chilled. It is delicious either way, but the cold version is my favorite. 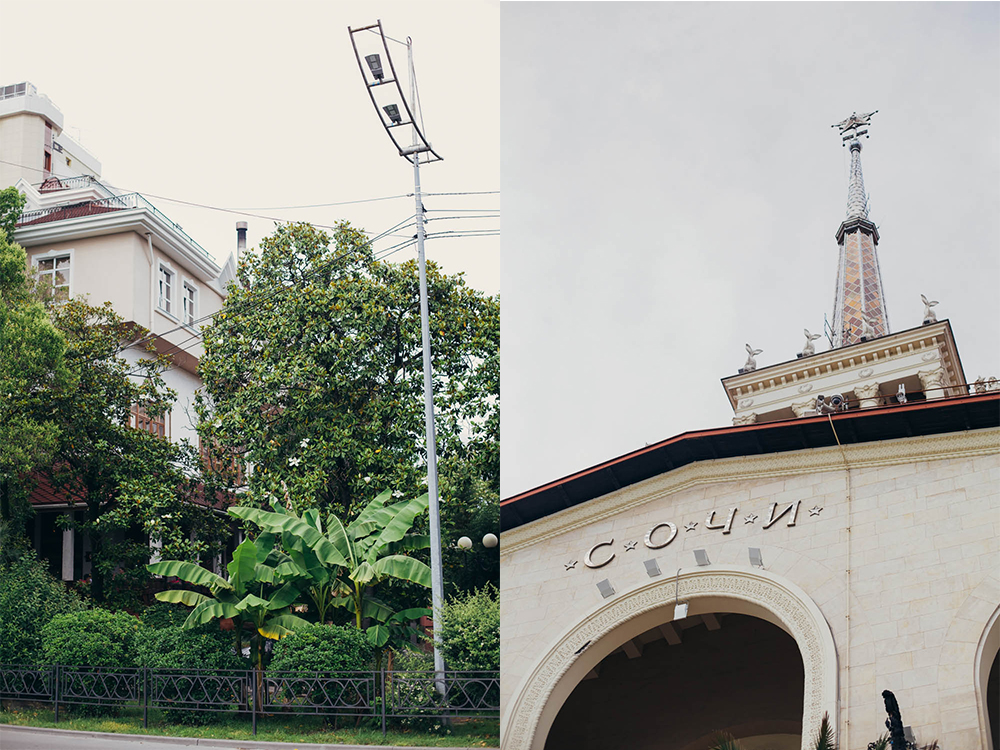 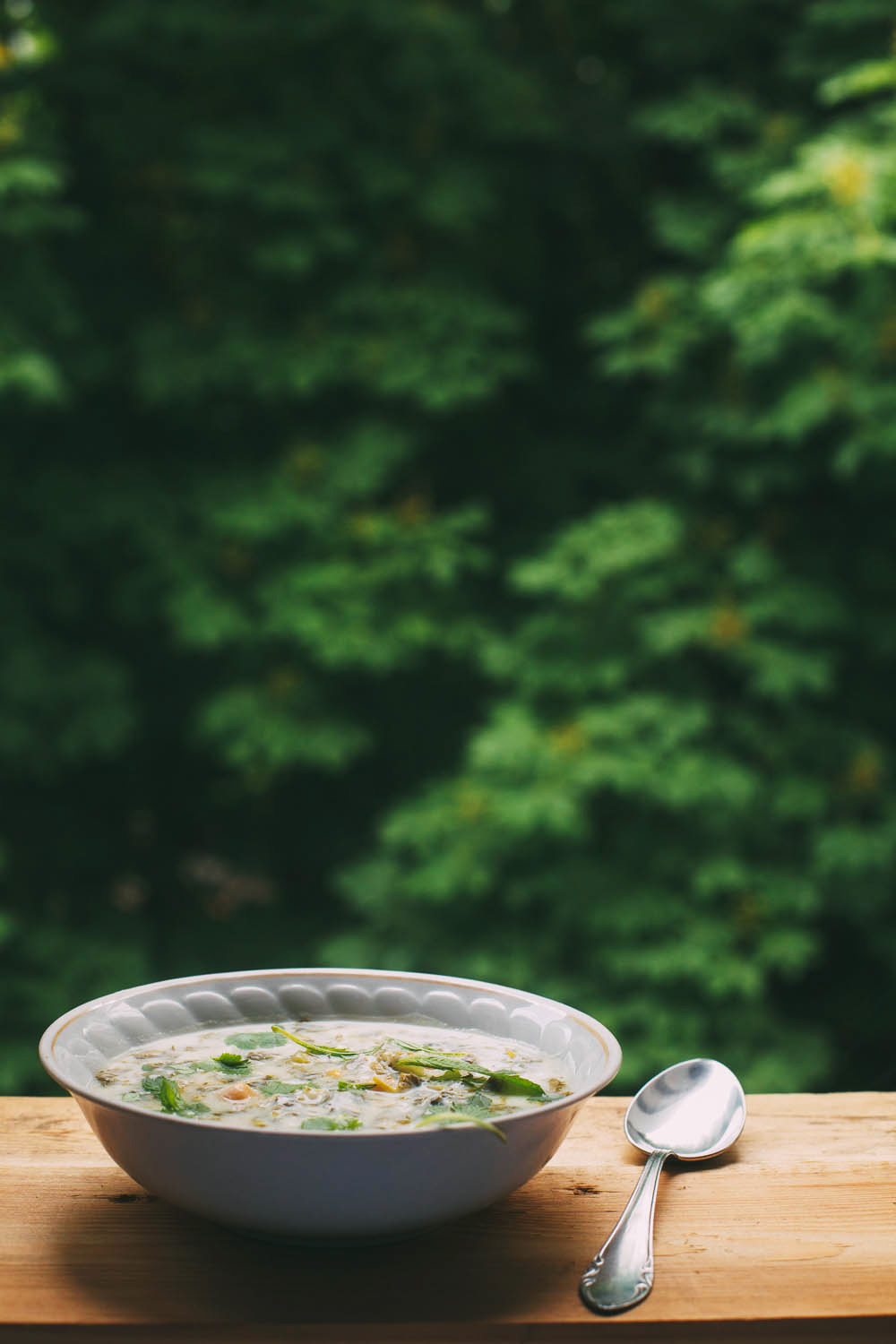 The photos you are seeing here are from Sochi and its surrounding areas – a magical place where the Caucasus Mountains meet the Black Sea, where the climate is subtropical and summer nights are lit up by fireflies. 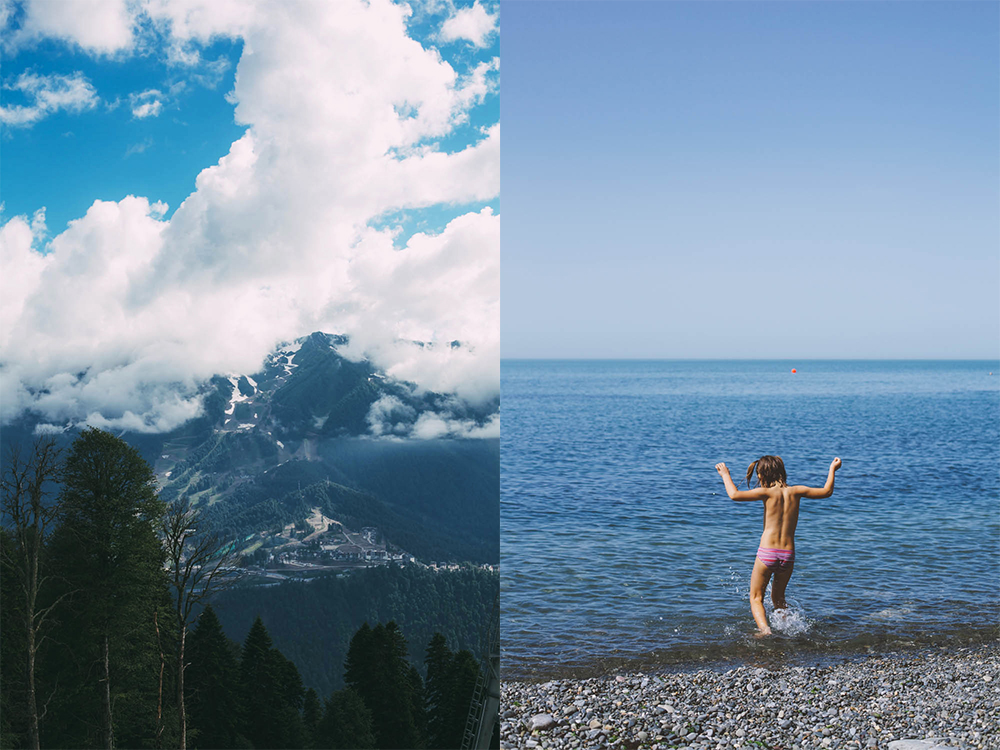 Notes:
1. If you do not have authentic matsoni, feel free to use kefir or yogurt, or a mixture of both. Whey (leftover liquid from ricotta cheese making among other things) is also a great addition. You can substitute the herbs and greens according to your taste.
2. Back home, there is a type of rice that is typically used in dovga, which cooks very fast. Therefore, the rice is added in uncooked rice, and it’s ready by the time the dovga is done. Here, I used cooked rice because none of the rice available to me would cook so quickly.
3. Alla’s mom also adds 1 1/2 tablespoons of flour, but I left it out. Adding the egg helps to make this soup creamy and prevents the liquid from separating. I haven’t yet tried making it without the egg. If anyone tries it, please let me know how it goes.

1. Chop the spinach and herbs, set aside.
2. Whisk together all of the beverages in a large pot. Add in the rice, egg and chickpeas, and whisk everything together. Bring to a boil over medium-high heat, stirring frequently.
3. Add spinach, herbs add salt. Turn the heat down to medium-low and simmer for 15 minutes, continuing to stir. Remove from heat.
4. Serve immediately or chill at room temperature and then in the refrigerator to served chilled. Garnish with mint, basil and cilantro leaves. Enjoy!