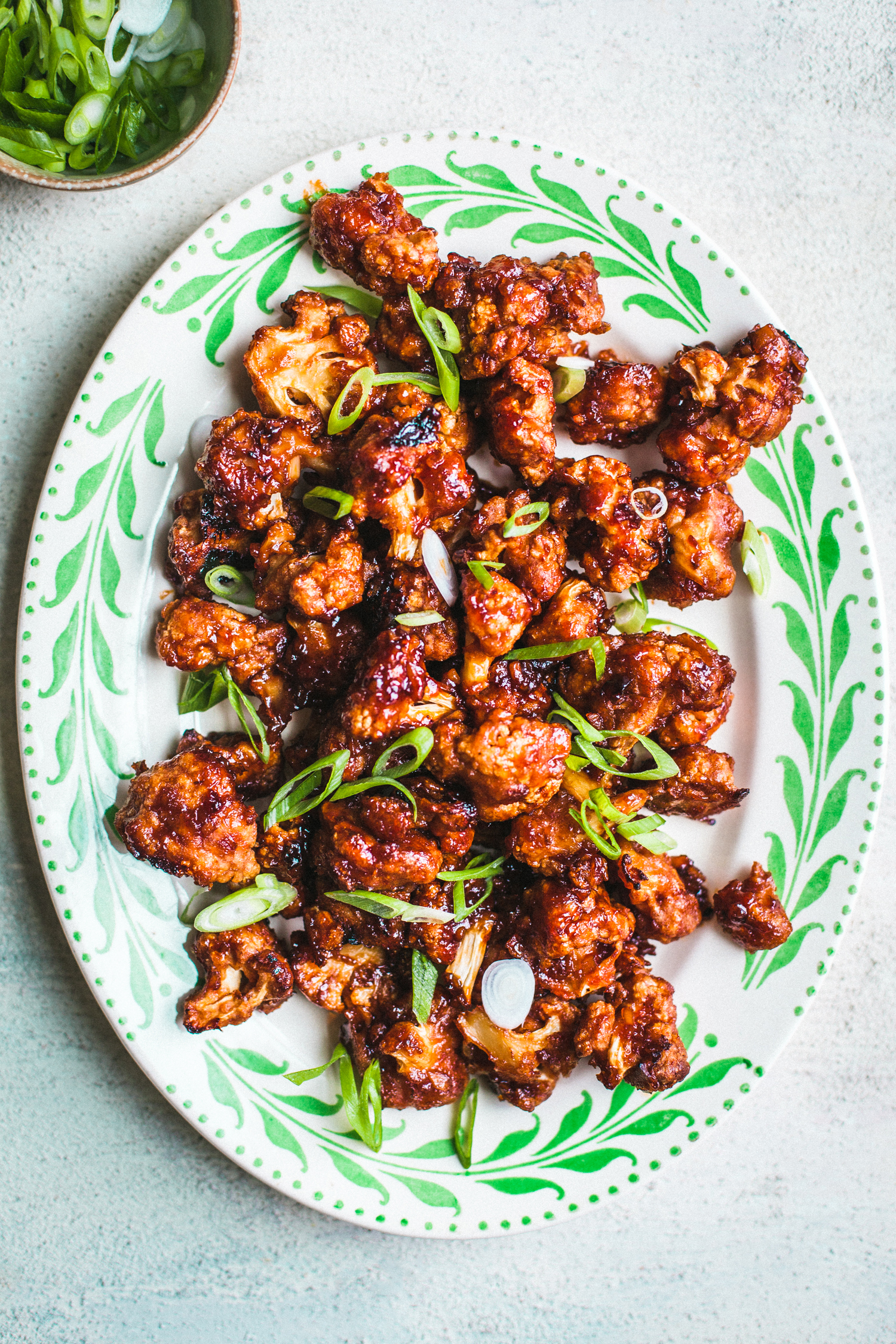 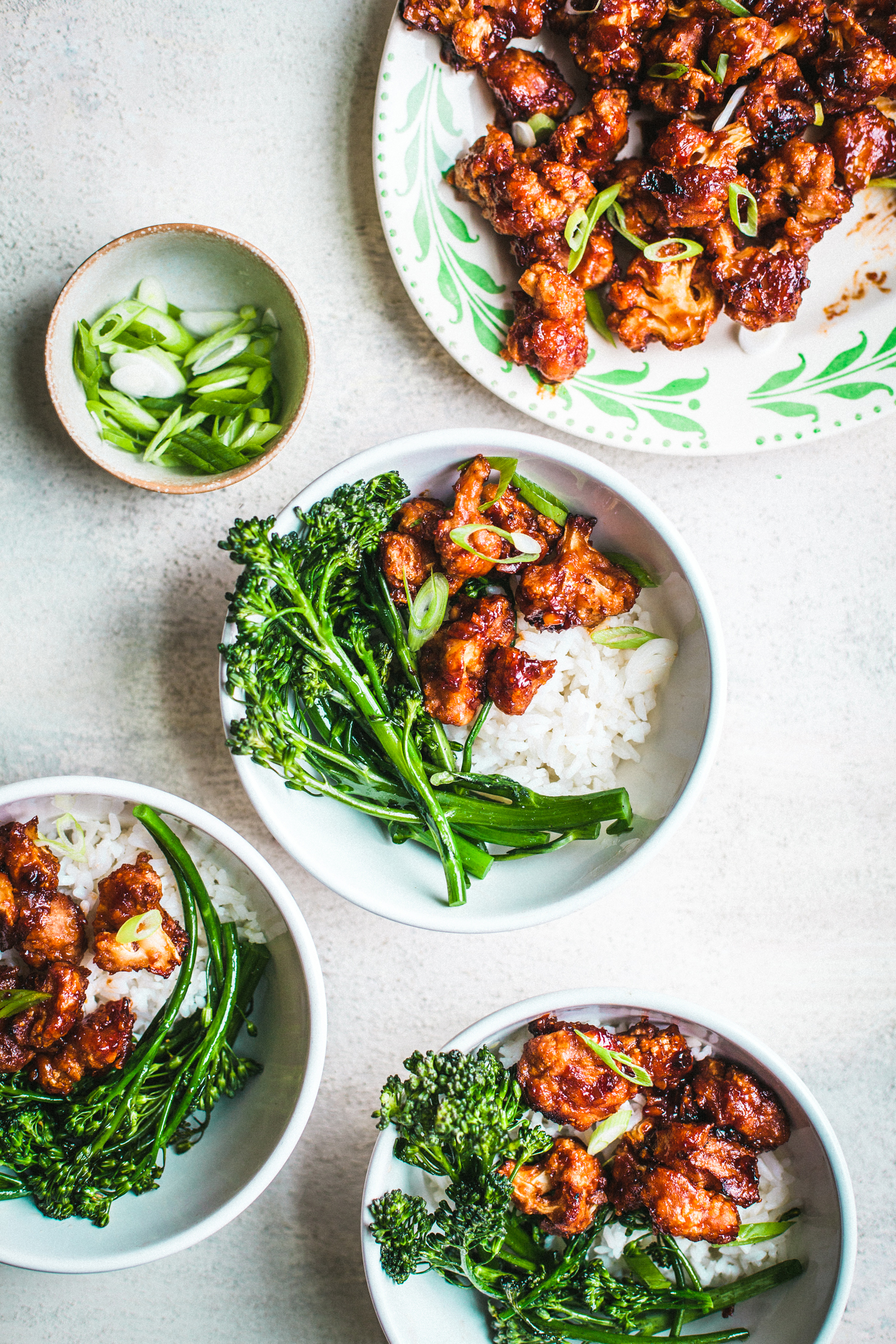 Today we’re sharing a serious crowd pleaser of a recipe from Liz Moody’s beautiful new cookbook Healthier Together. Liz’s book is all about falling in love – with food, with her husband, and with the way that cooking and eating brings people together. It provides gentle encouragement for getting into the kitchen with someone else, whether a friend, a partner, or family, and for getting healthier together by nurturing relationships through sharing considered and tasty, home-cooked food.
I’ve never actually tried General Tso’s chicken, but was immediately attracted to this cauliflower version in the book. I think that the appeal of glossy, sticky, sweet and sour goodness served over a mound of fluffy white rice is pretty universal! 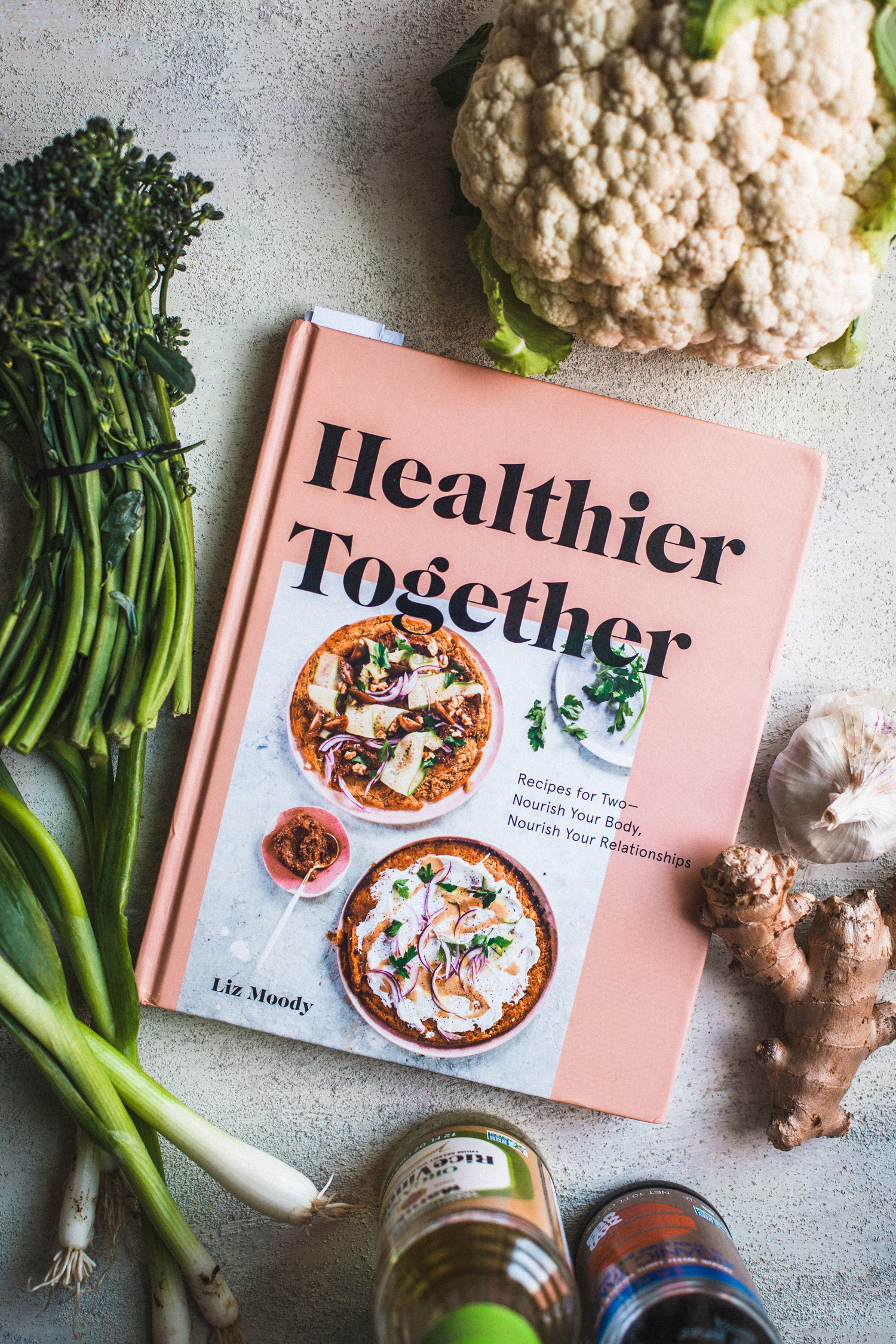 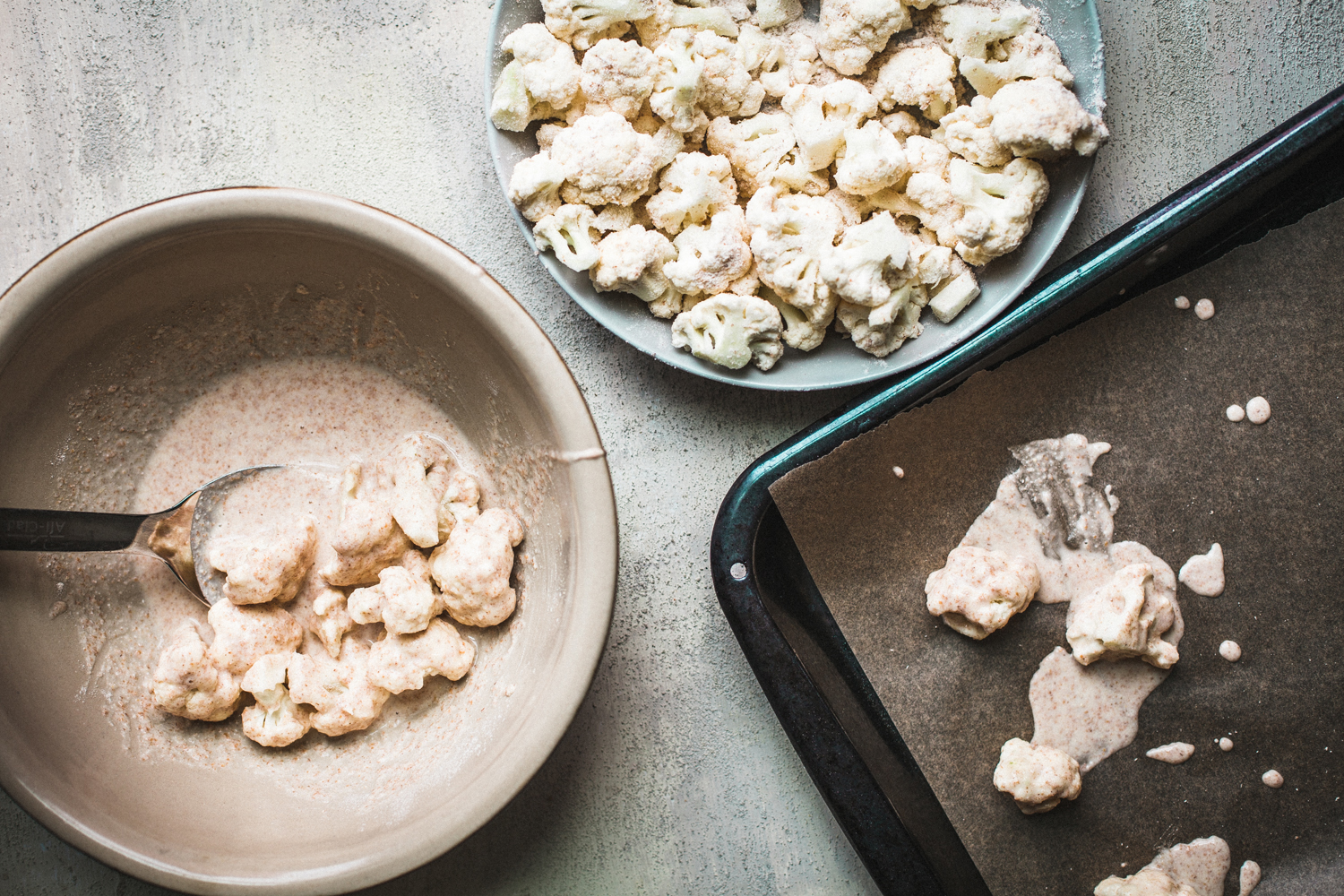 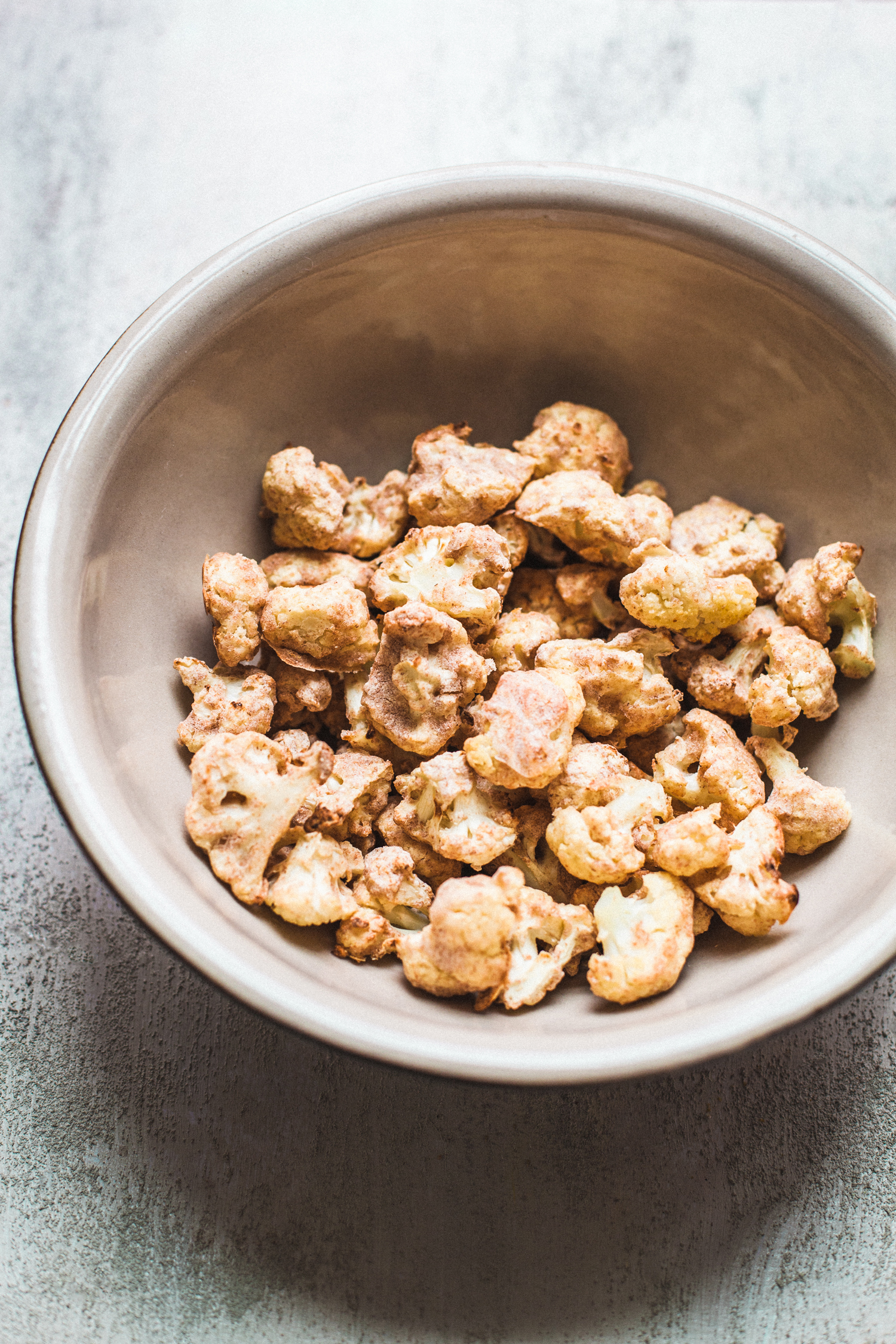 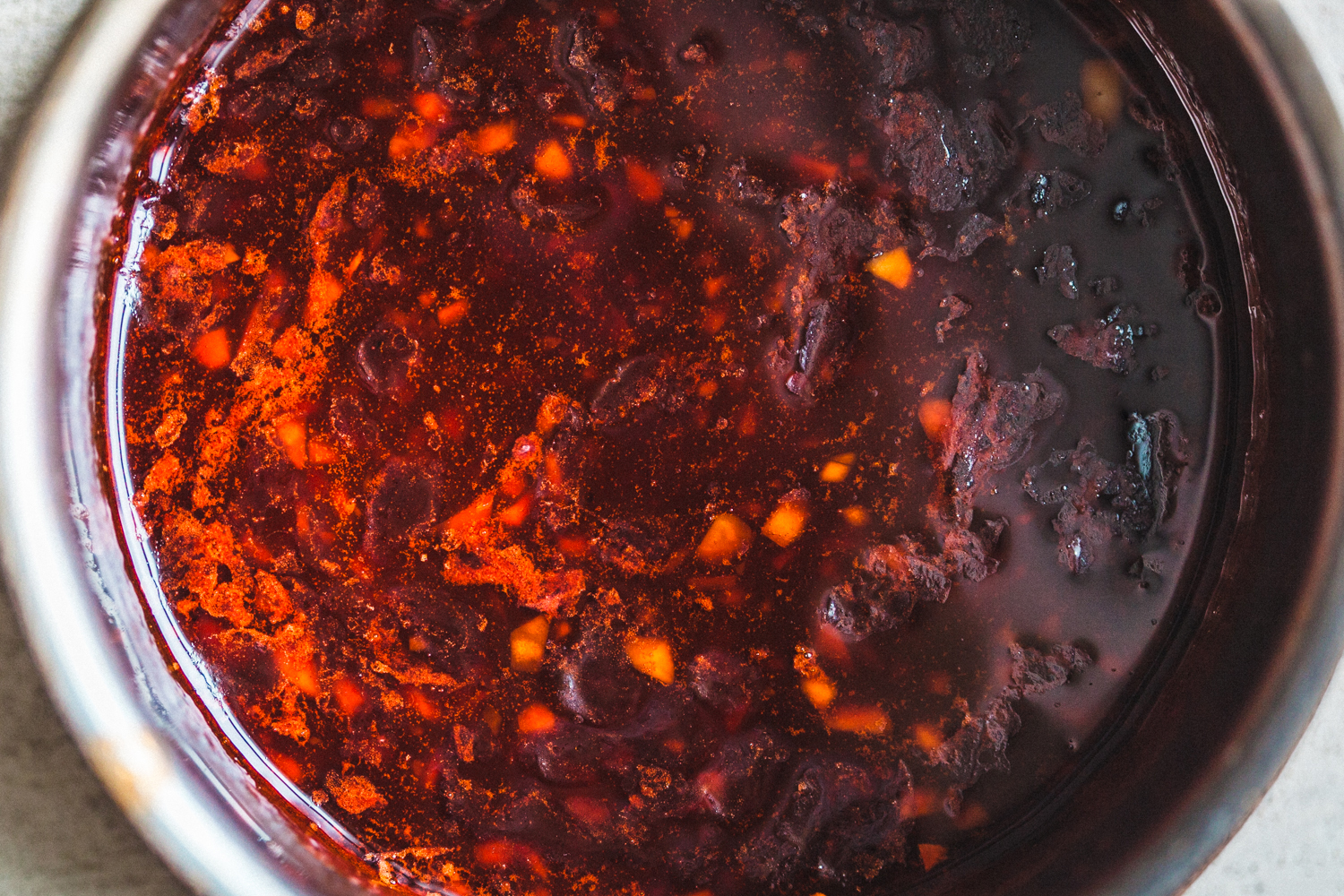 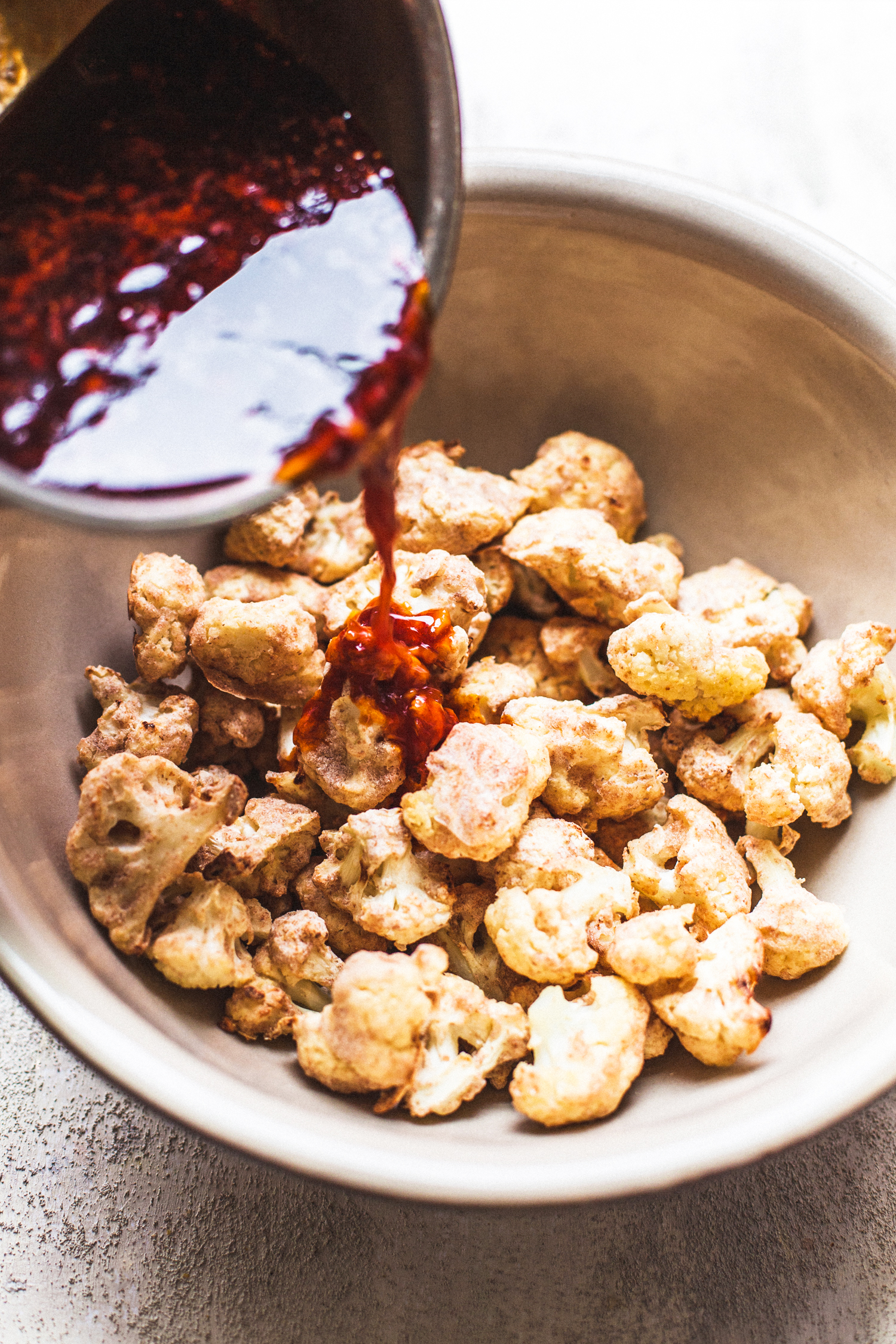 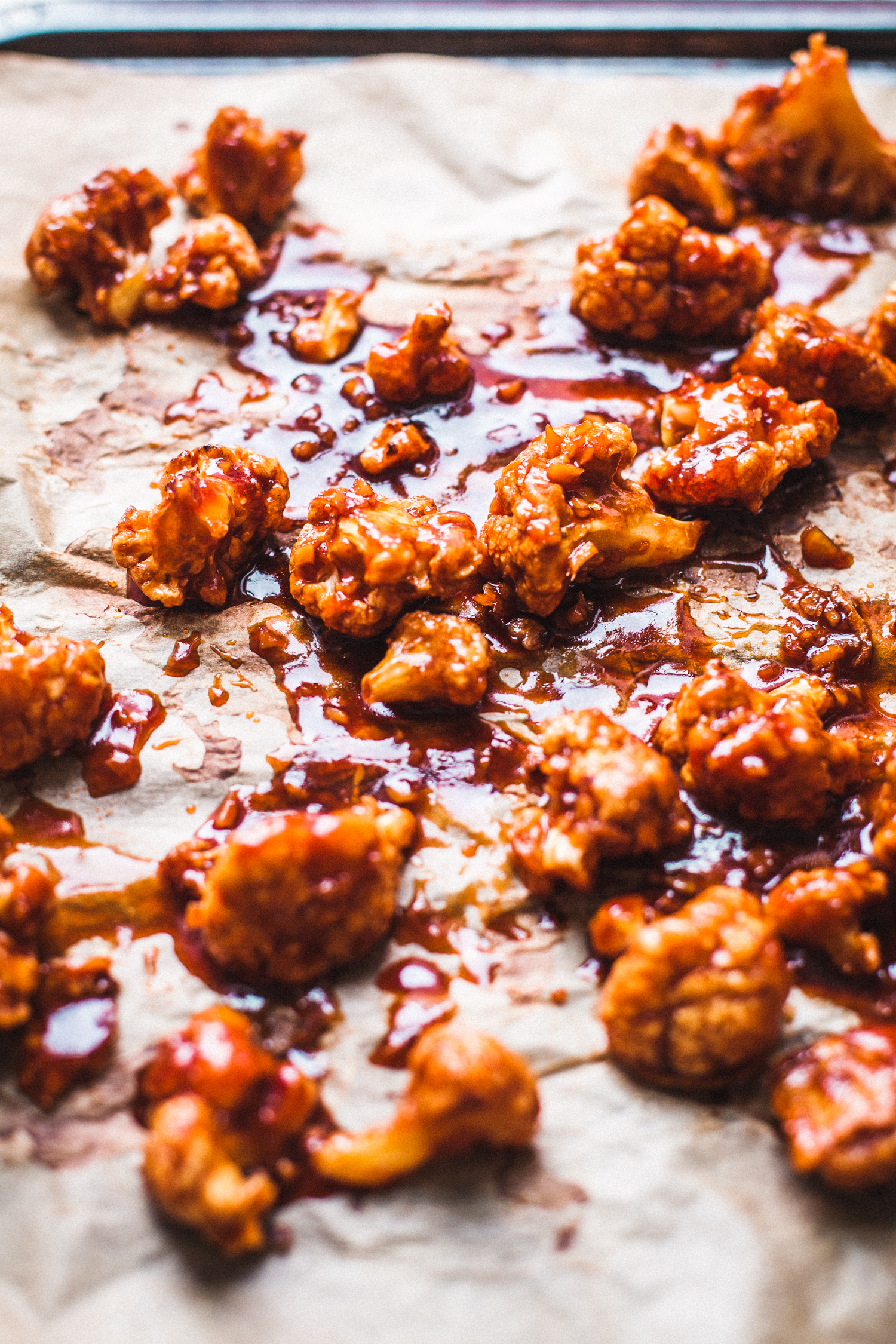 Liz’s recipe hits all of the aforementioned flavor and texture notes and then some. The cauliflower turns out beautifully gingery and garlicky, with an intensity of flavor that you would expect from a restaurant dish. But it’s also made with what I imagine to be way more wholesome ingredients than traditional Chinese takeout. There’s rice flour instead of wheat for anyone avoiding gluten, tamari instead of soy sauce, and coconut sugar instead of white sugar.
All of the recipes in Healthier Together serve two, making it a great book for those cooking with a partner or a roommate, or even just for themselves. But as Liz suggests, it would be a great idea to double this General Tso’s Cauliflower recipe and serve it as an app at a party. Other recipes we’re super excited to try: Mexican Street Corn and Quinoa Bowl, Broccoli Rice Tabbouleh with Lemon and Dill, Caramelized Parsnip Steaks with Zesty Chimichurri, Brussels Sprout & Toasted Almond Tacos, Extra Bloody Mary, and Carrot Cake Breakfast Cookies. For all the 100% plant-based friends, it’s worth mentioning that this book is not vegetarian or vegan, but about 80% of the recipes are vegetarian, vegan, or can be made plant-based with suggested substitutions. Hope you’ll check out this stunner! 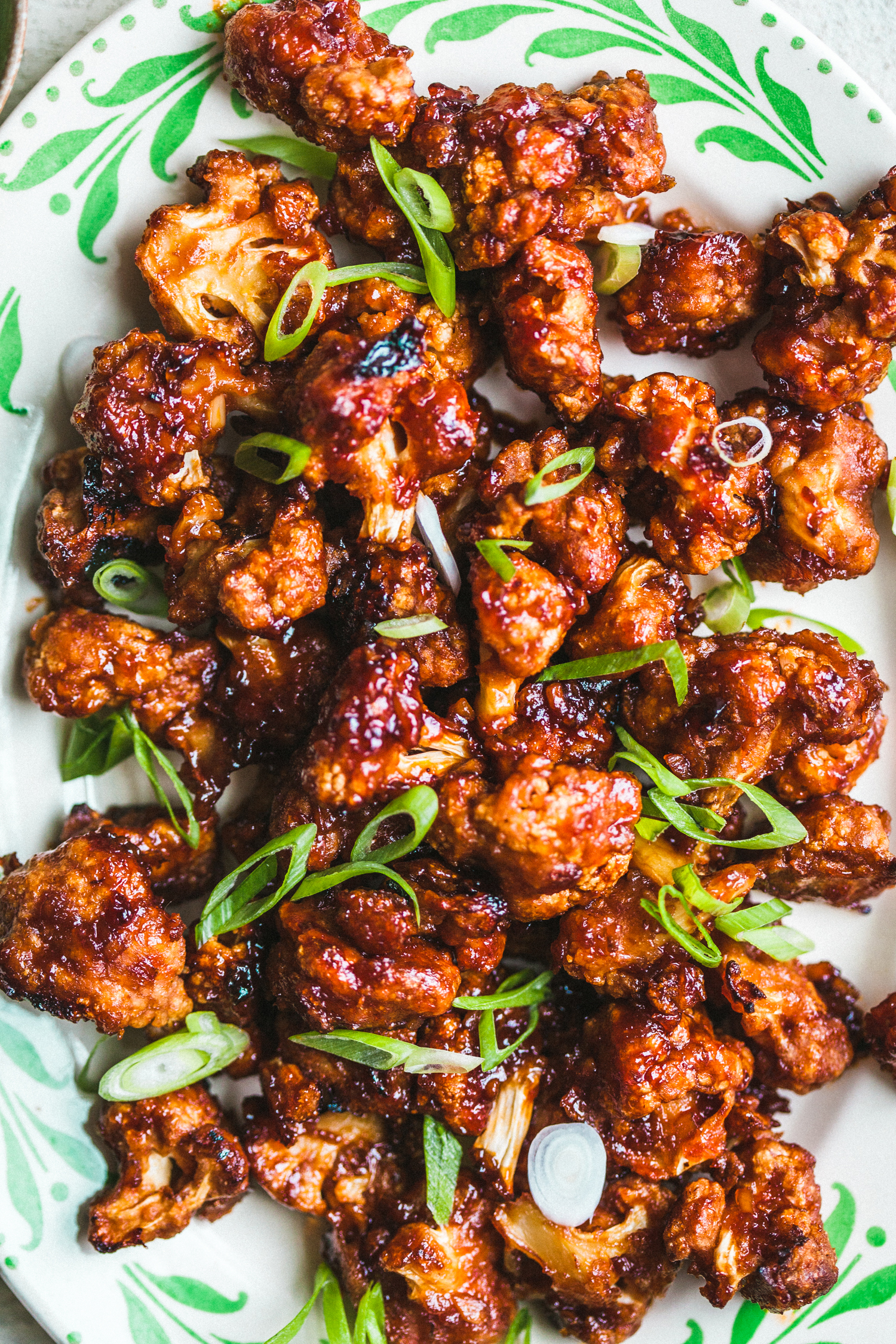 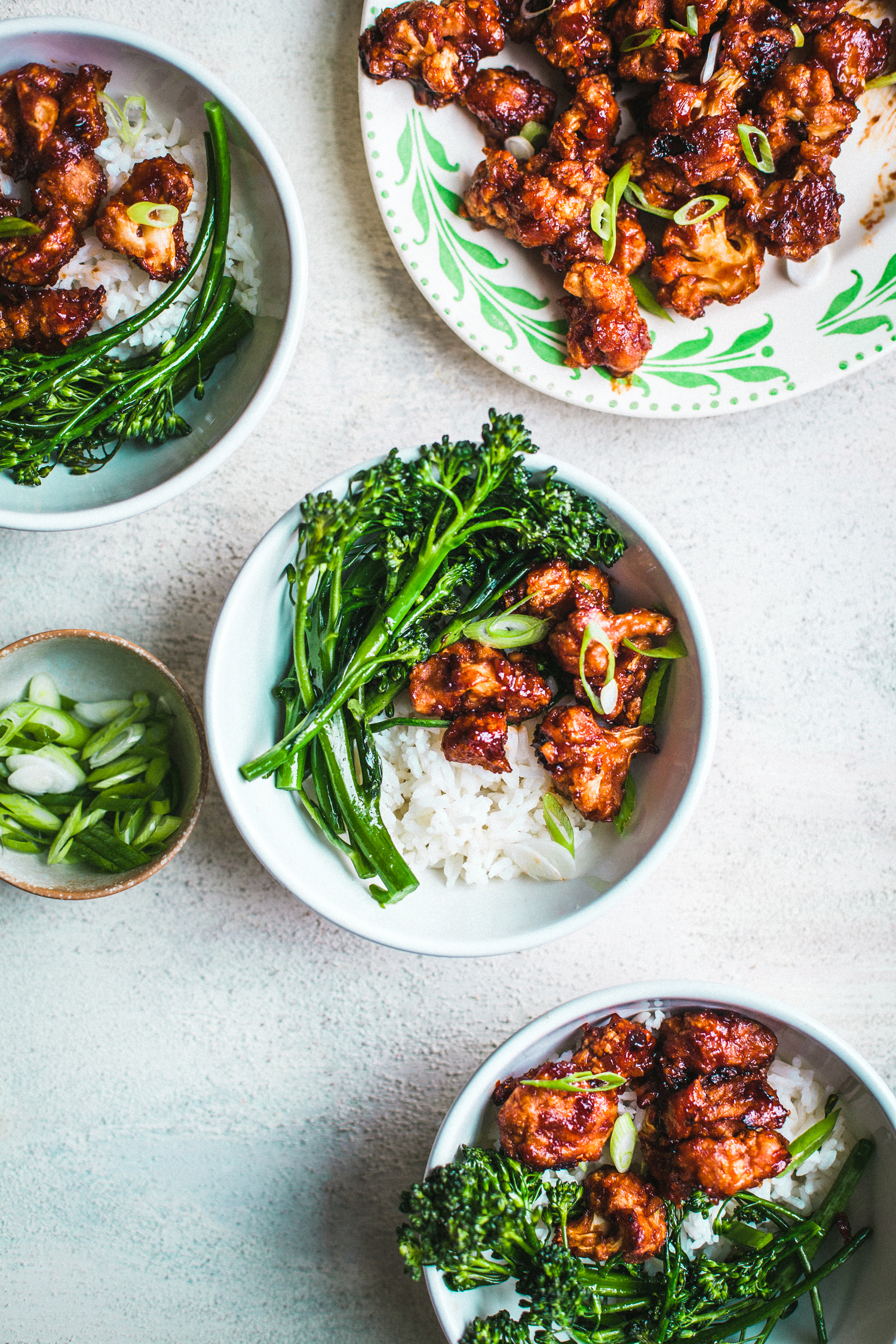 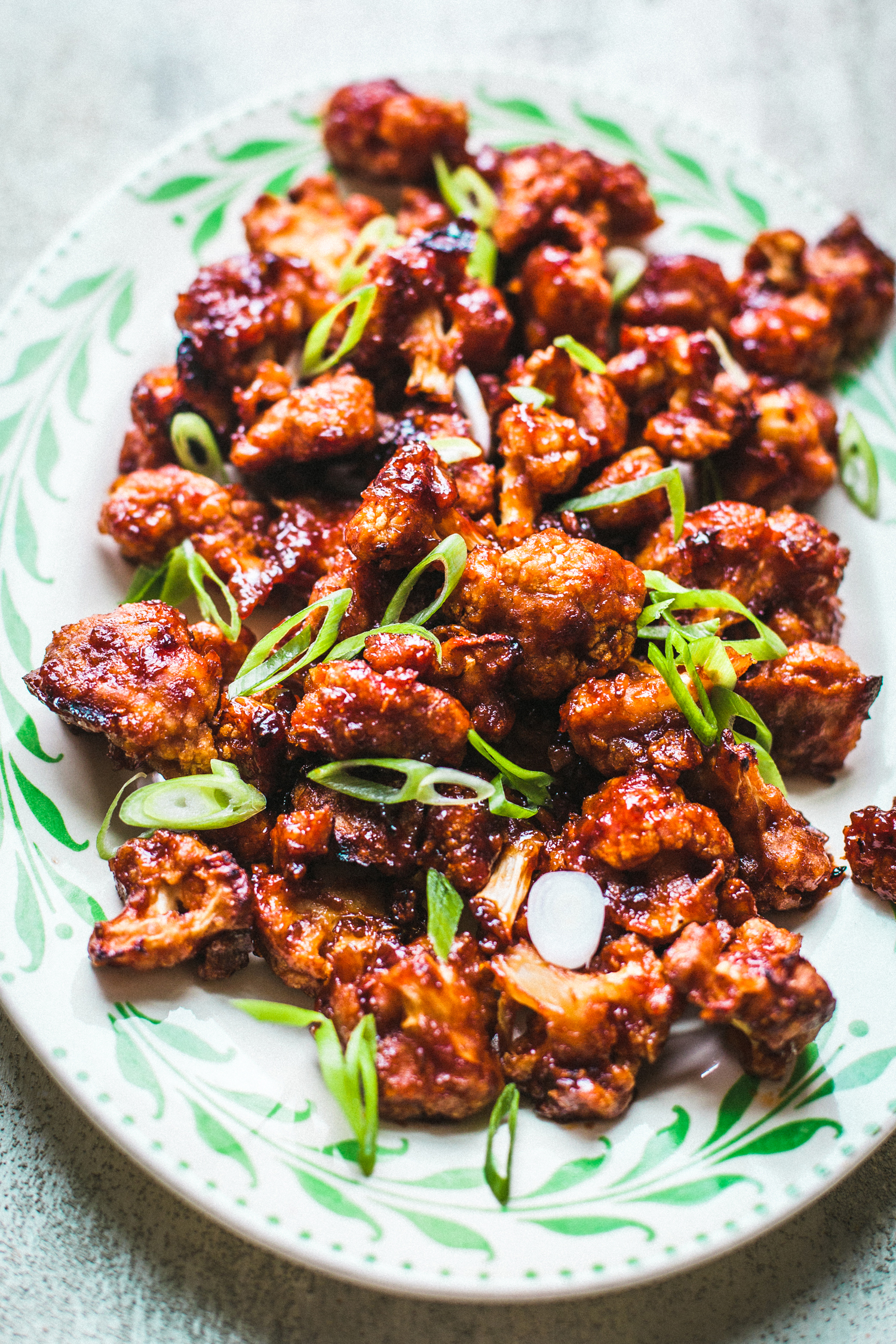 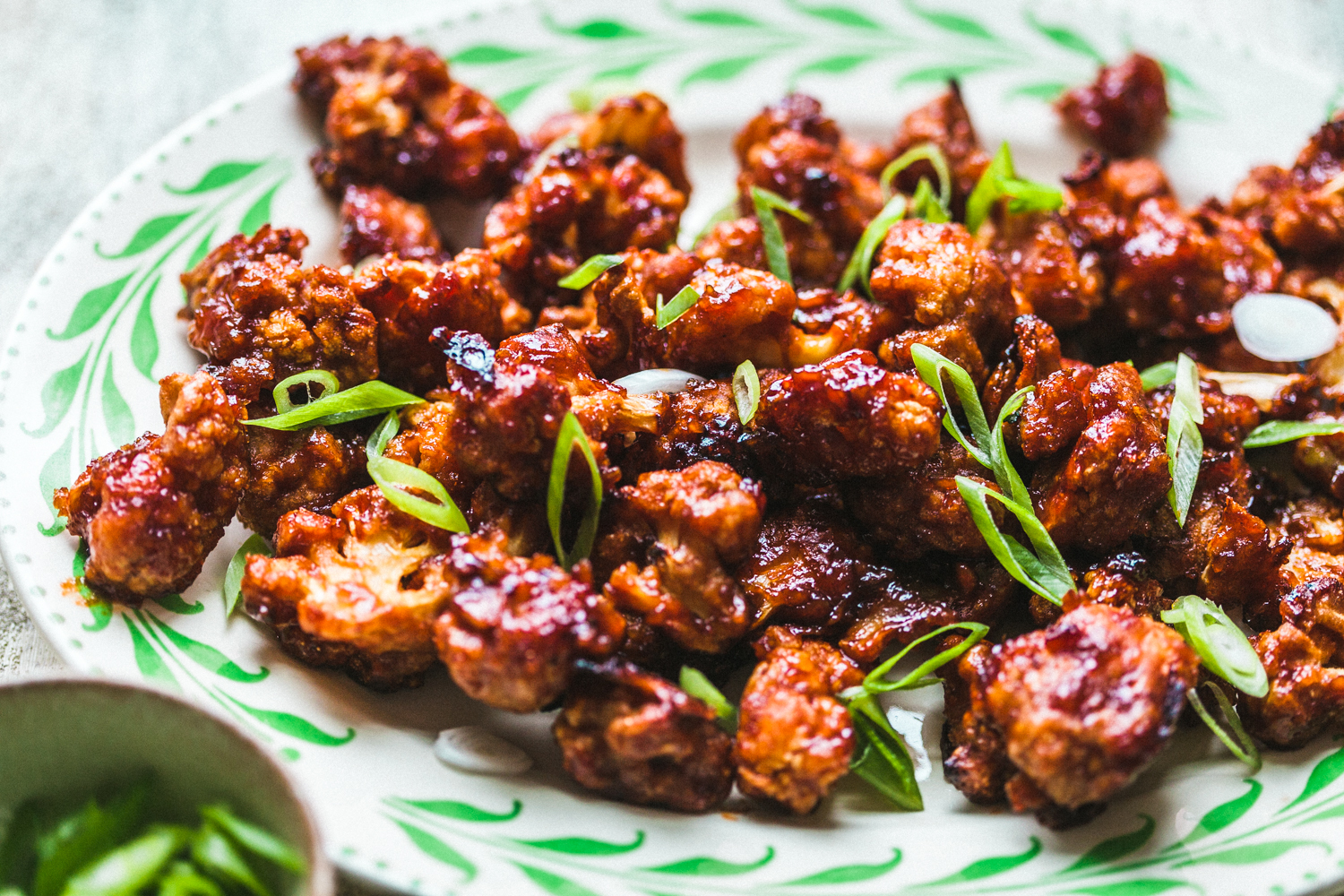 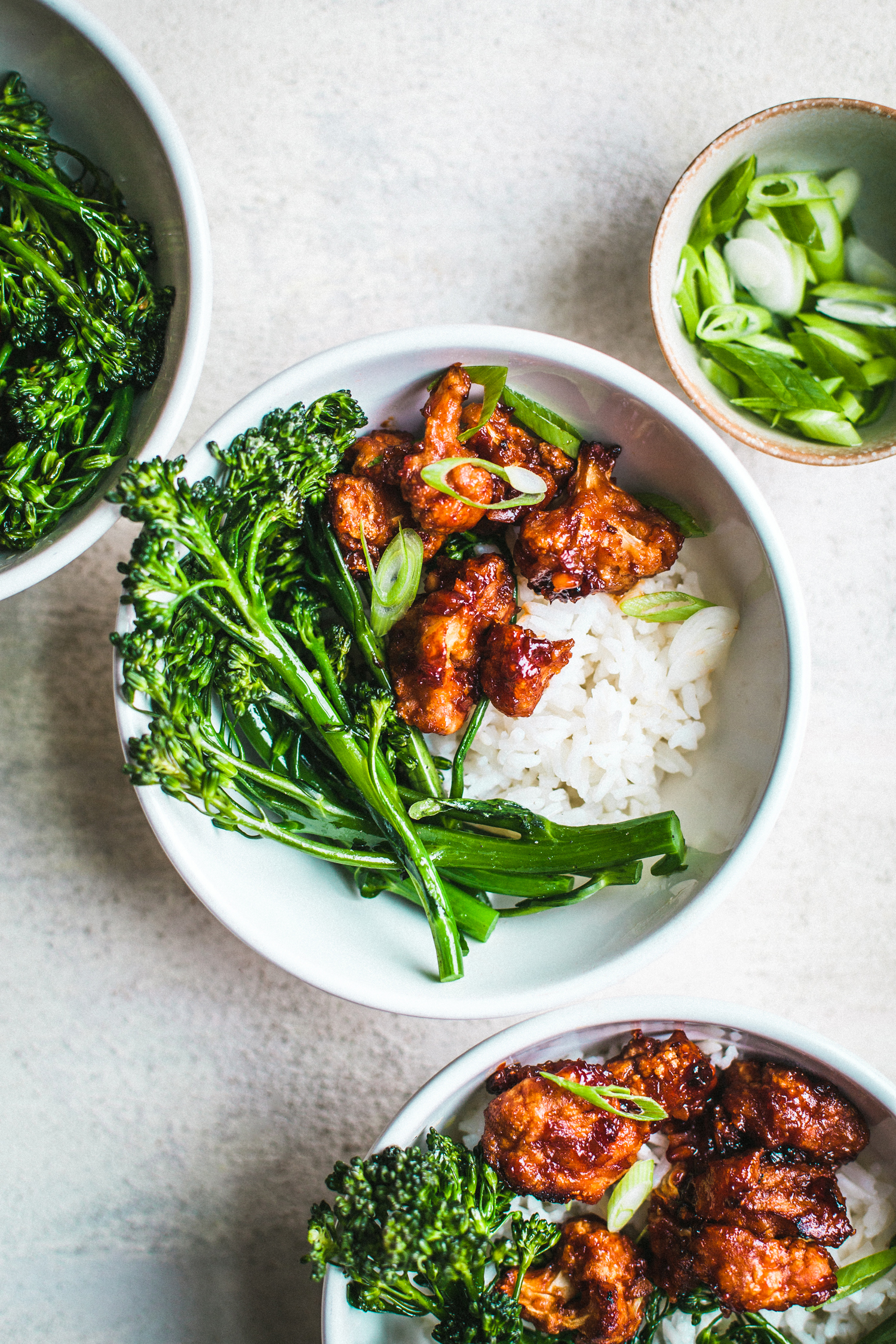