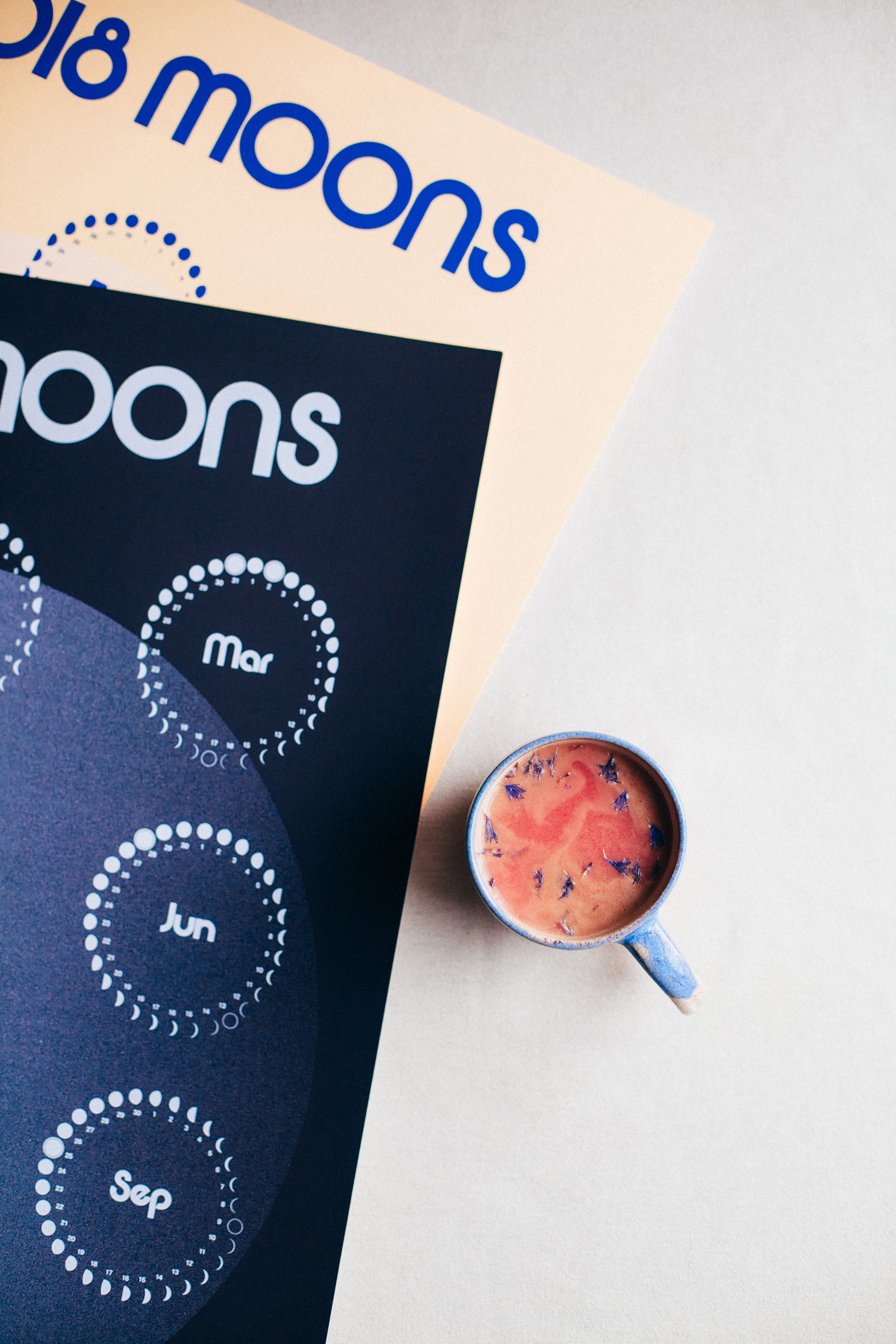 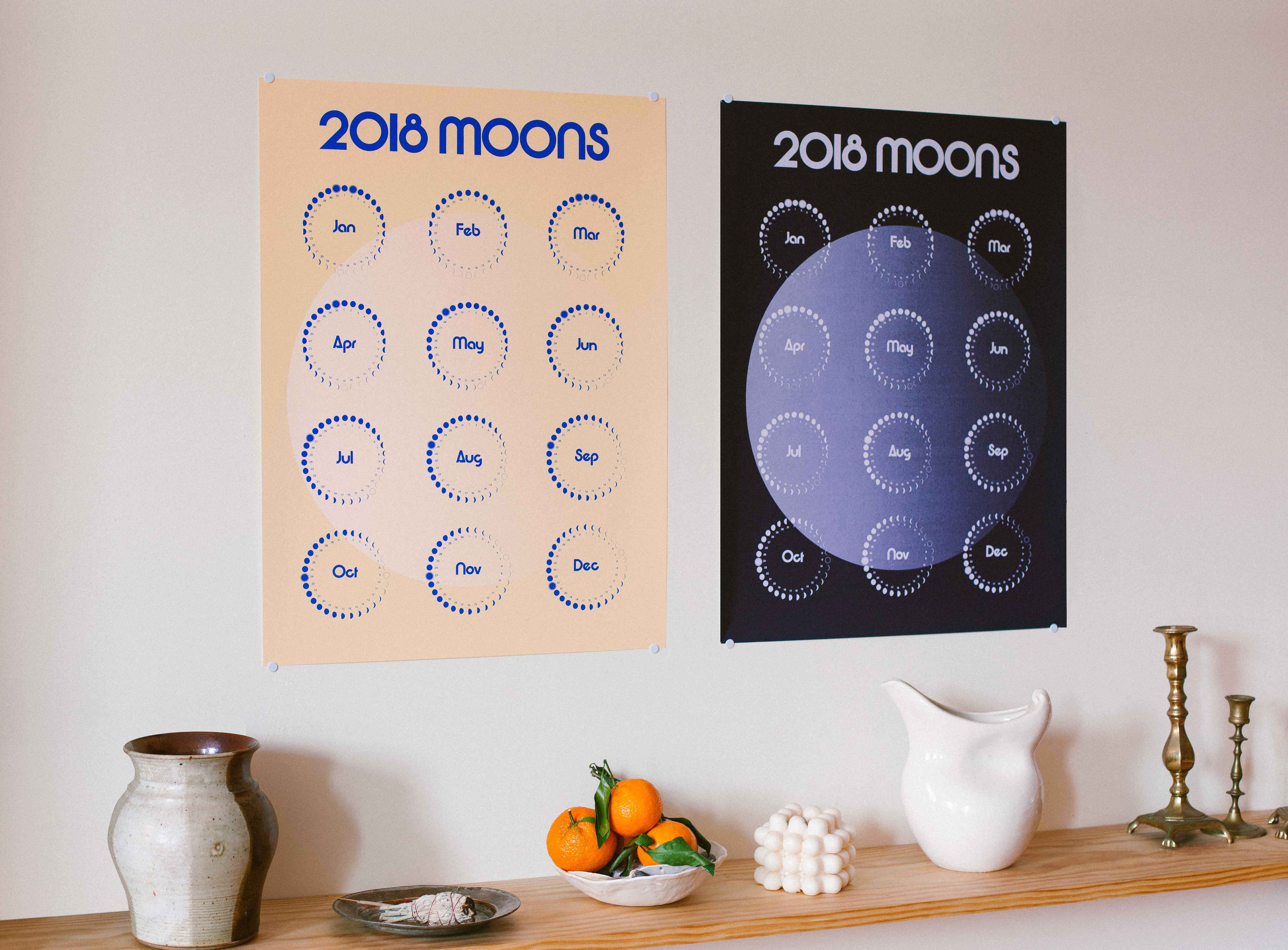 Hey friends, we made a 2018 lunar phase calendar that’s as much an art print as it is a calendar (it’s for sale here!), and we are giving away three of them in this post. Read on for giveaway details.
We’ve always had a fascination with the cosmos, especially the moon, and over the years we’ve learned to notice how it influences our mind (it really does!). When I was a little girl, I often had a hard time sleeping during the full moon, though I was otherwise a great sleeper. I would feel awake and hyper, with my mind going into overdrive with endless thoughts and ideas. This is when my grandma would make me valerian tea, and I sipped on it until I could finally fall asleep. Nowadays, instead of the valerian, I drink something by the magical name of moon milk to chill out during the full moon, and that recipe is below.
The more I study the moon, the less I’m surprised by the fact that the full moon has the tendency to disrupt my sleep. The moon has a profound effect on the Earth. We all know that it creates tides, but it also affects the speed at which the Earth spins around its axis, impacts the growth of seeds and plants, influences the behavior of animals, and some even theorize that life on earth would appear at a later time without the moon’s gravity. It’s a powerful energy that has an effect on us all. 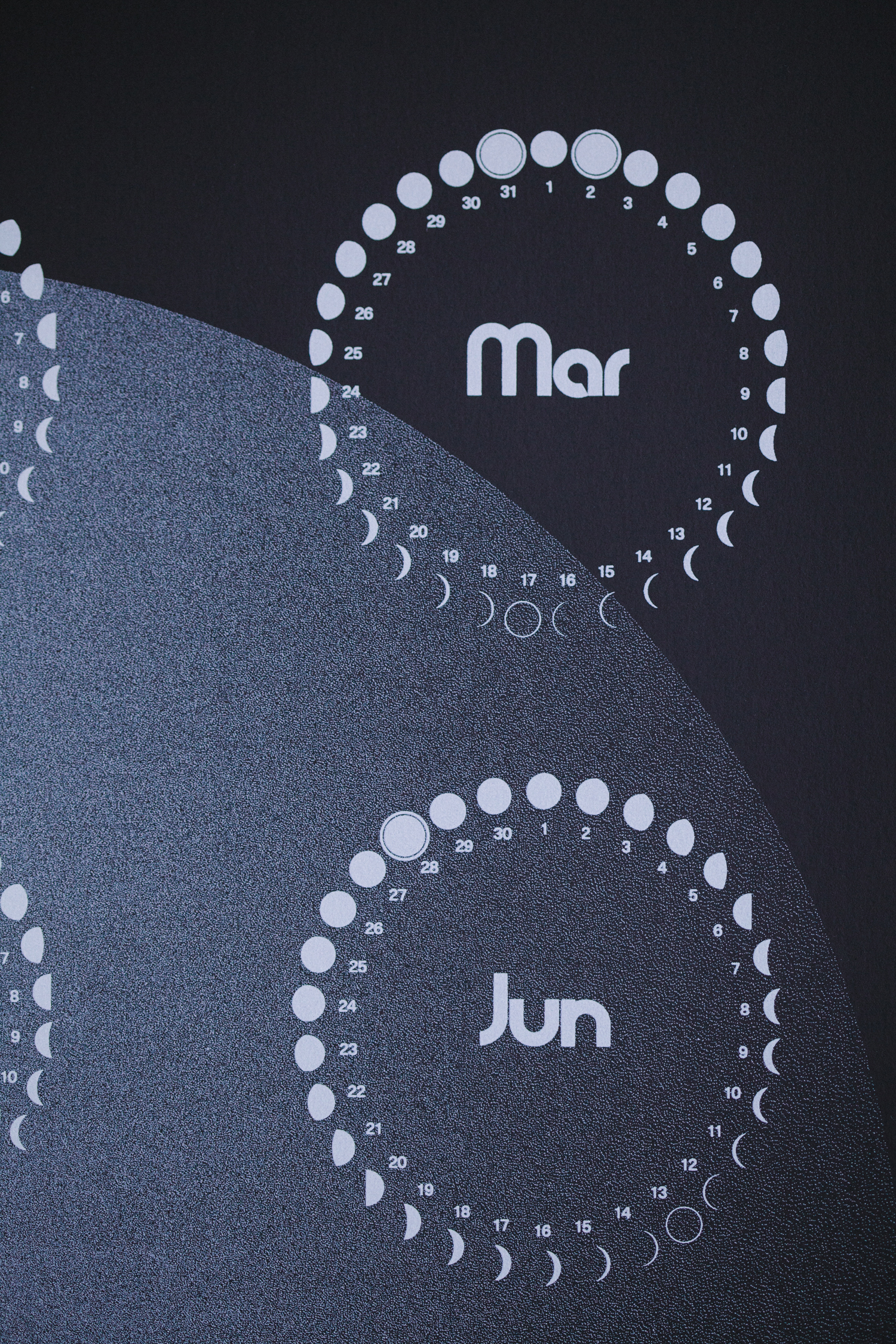 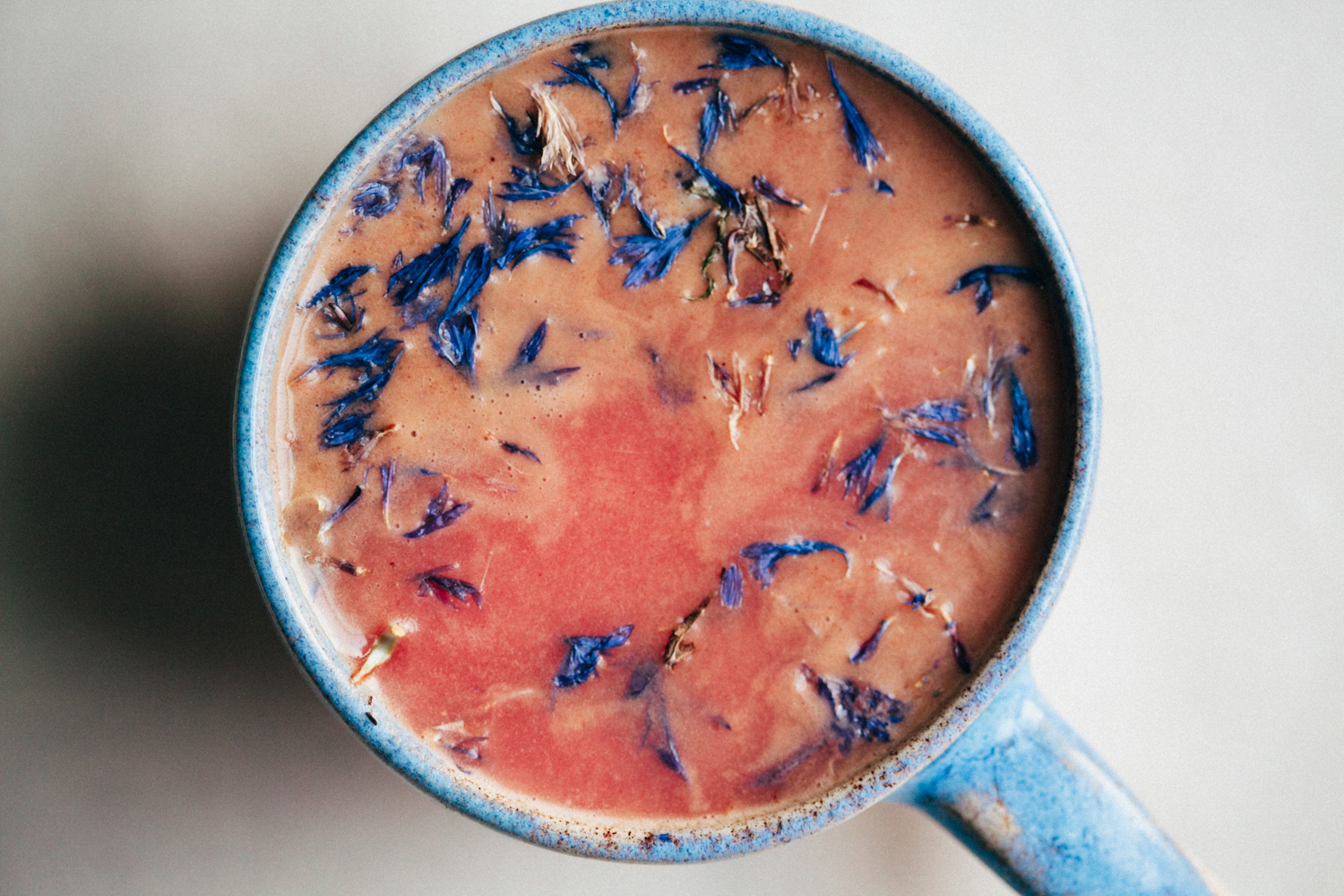 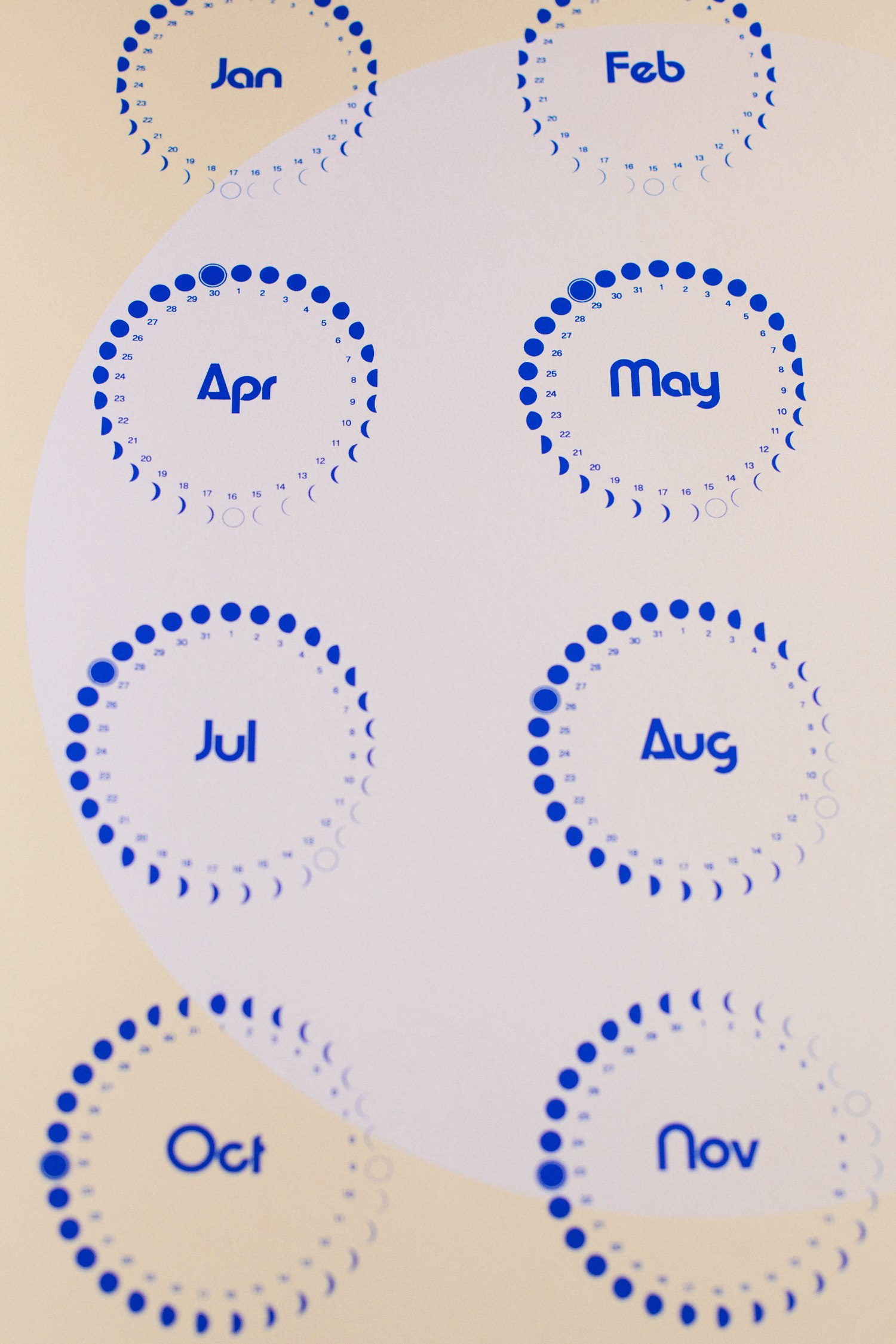 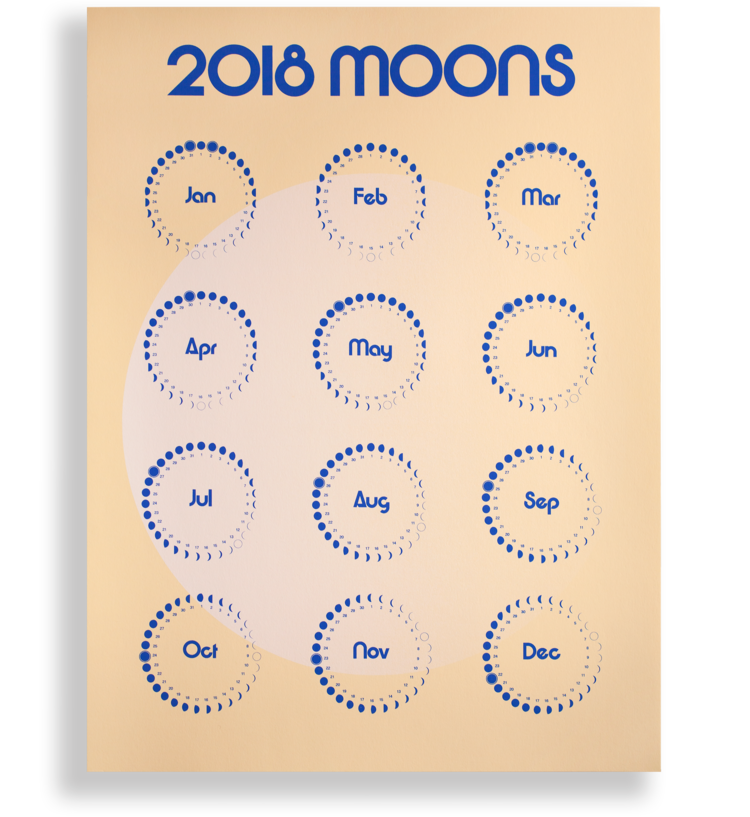 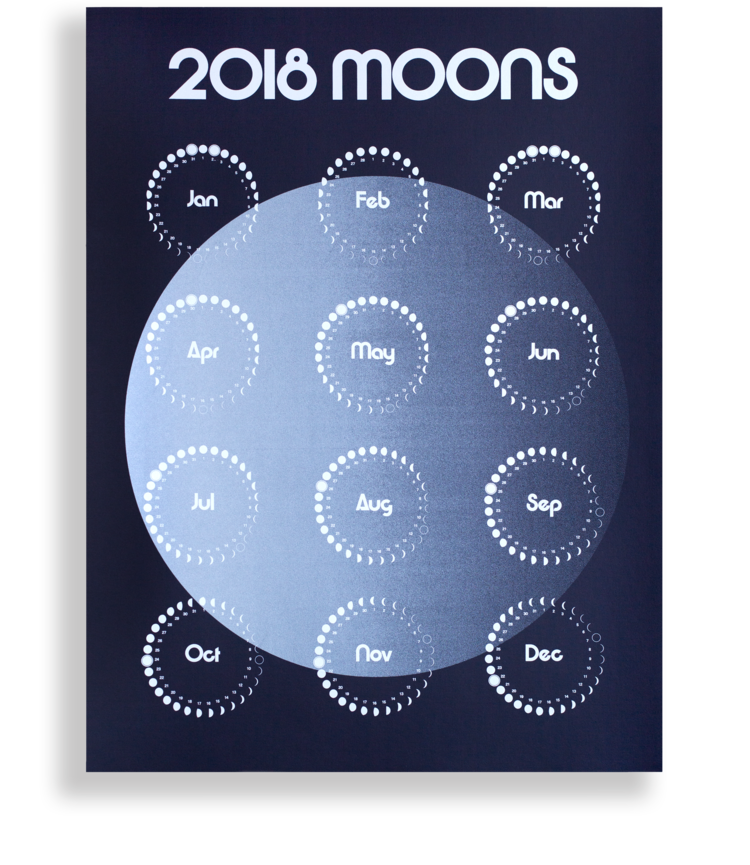 The next time you have a chance to look at the night sky, take a minute to notice the moon and what it looks like. You may learn something about the state of your own mindset. New Moon energy generally signifies new beginnings, and it’s a good time to go inward and find clarity. Meanwhile, the Full Moon often delivers heightened creative energy and intensified emotions. The phases in between the New and Full moons have their own characteristics as well. It’s all endlessly fascinating.
Whether you are in the know about all the moon happenings or not, we think you will love our moon phase calendar. The calendars come in two colors, and each one is 18″ x 24″ in size. They are printed by hand at Sawtooth Editions in Providence, RI on 320 gsm Coventry Rag paper, which is the crème de la crème of fine art paper. The calendar indicates every full and new moon in 2018, as well as all the phases in between. We poured our hearts into the design, and tried to make a really cool object that also happens to be useful, and will look great on any wall. It would make for a very nice New Year gift :)
2018 is a really special year in terms of moon events, too. The year will start off with a Supermoon at the beginning of January, followed by another Supermoon at the end of the same month. Both January and March will have two full moons. The second full moon in a month is called a Blue Moon, and it’s an incredibly rare event, as the name suggests. On January 31st, there will be a Full Lunar Eclipse, as well as a Supermoon that’s also a Blue Moon (!). Because we have two Blue Moons in January and March, February will be without a full moon, an occurrence sometimes called the Black Moon. Another Full Lunar Eclipse will then occur at the end of July.
Now on to the moon milk! The main goal of this drink is to calm and soothe, and you can drink it before bed on any day, it doesn’t just have to be during the Full Moon. I often change up the ingredients depending on how I feel, and my moon milk is not always pink (sometimes it’s yellow, other times it’s white), but there are a few ingredients that remain constant. Let’s break those down: nutmeg is a natural sleep aid, ashwagandha is an adaptogen proven to help deal with stress, cardamom and ginger are great for digestion, ghee/coconut oil are full of healthy fats. That whole cocktail will tuck you into bed relaxed and supported. Beet powder, though optional, is a superfood in its own right, full of antioxidants and more, but if you don’t have beet powder, try adding the same amount of ground turmeric to your moon milk. You’ll color your drink a beautiful golden color and get all of turmeric’s anti-inflammatory benefits.

G I V E A W A Y: We are giving away 3 lunar phase calendars to our readers worldwide. The winners will get to choose the color of the calendar they’ll receive. To enter the giveaway, leave a comment here telling us about your favorite sleep aid drink, or how the moon affects you personally, until January 1st, 2018. 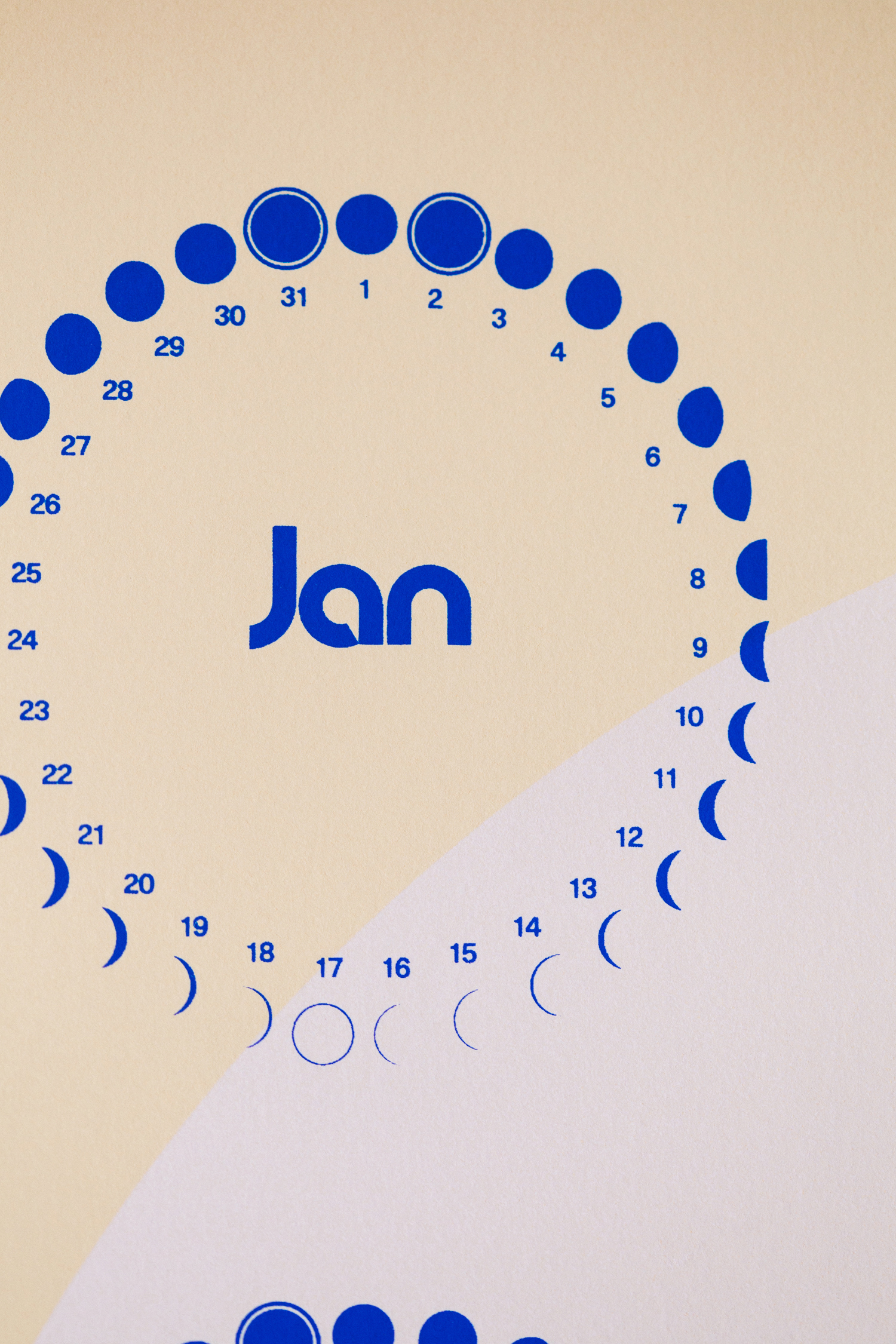 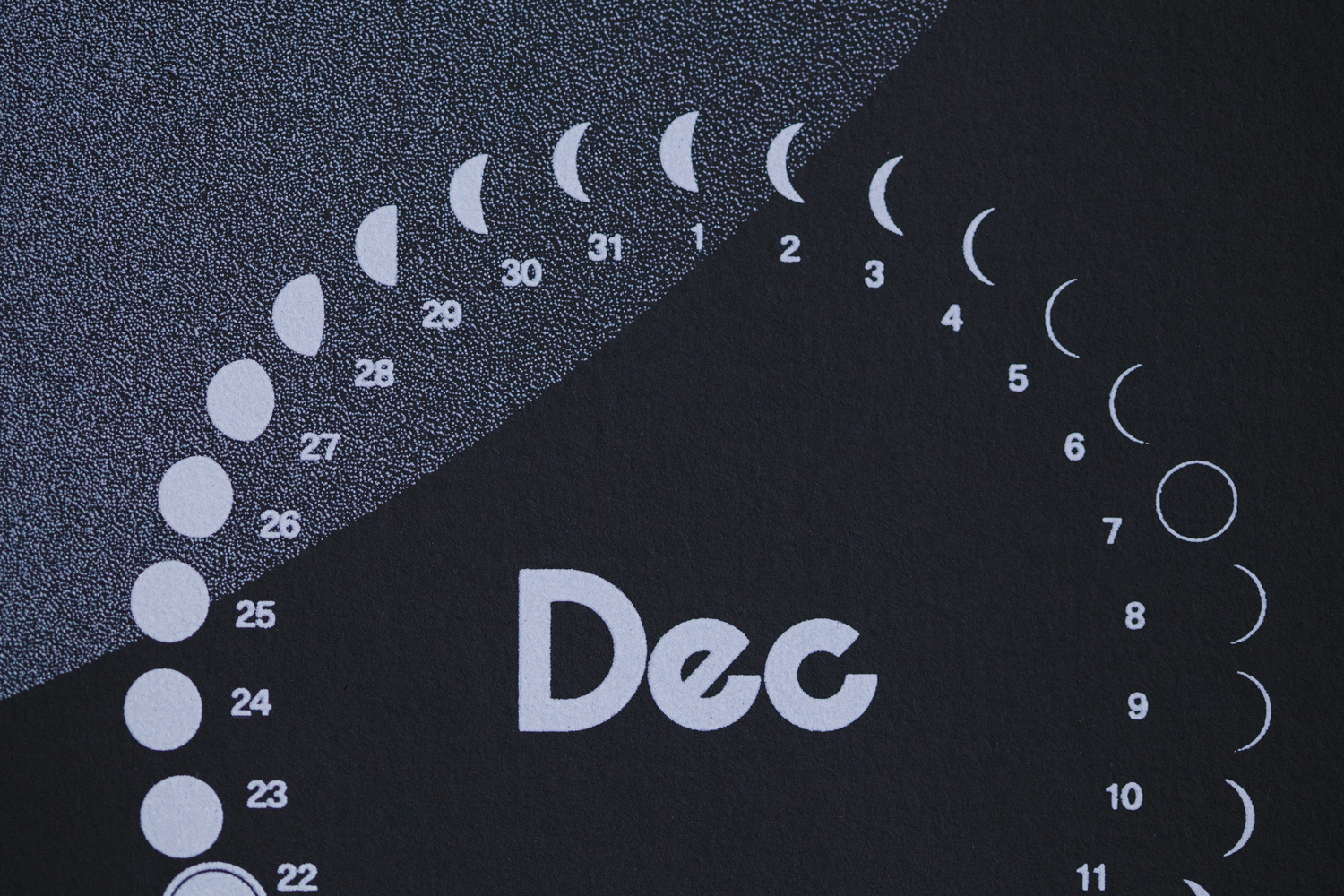 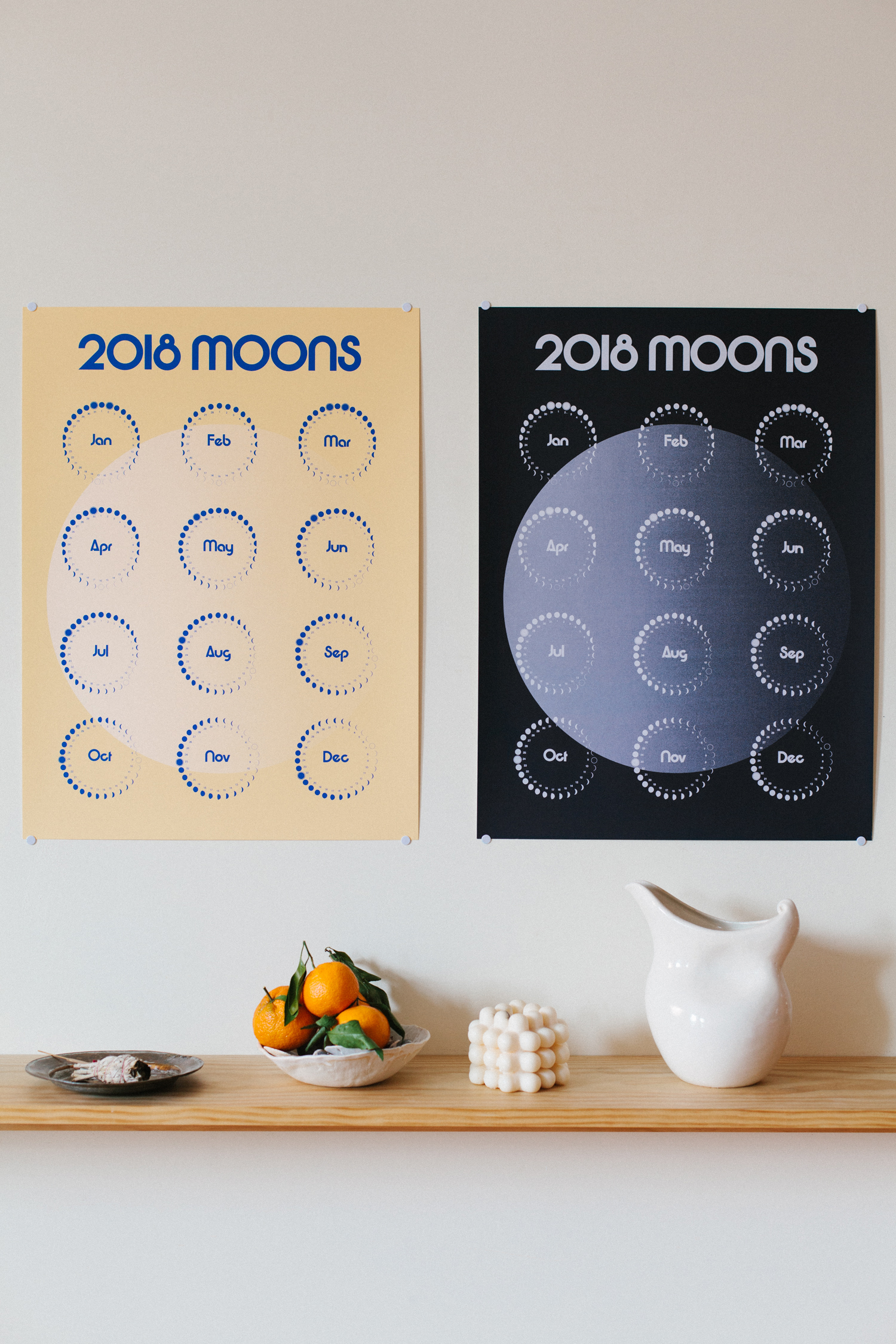