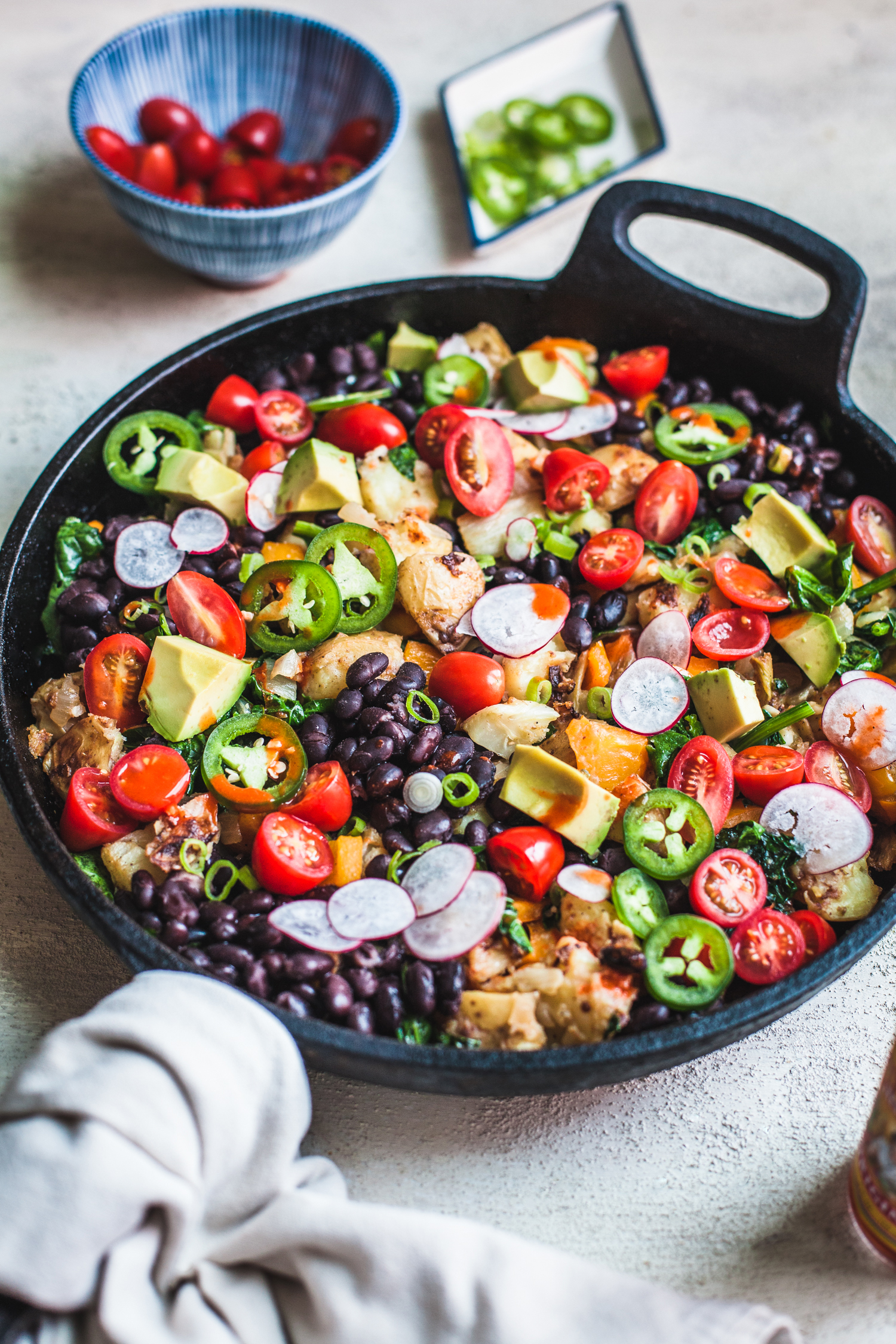 This potato and fennel hash skillet meal makes for a very special breakfast/brunch, but it also works nicely as a wholesome lunch or dinner. And the leftovers taste like a really special potato salad! So it’s pretty versatile.
We’re obsessed with the combination of potatoes and fennel. Potato fennel soup is a staple (maybe we should share that recipe too?), and our love for that pairing definitely doesn’t stop there. Fennel is a polarizing vegetable, but I think that mostly has to do with its crunchy, anise-forward raw form. Cooked fennel takes on a completely new life – it’s sweet and silky, with a toned down anise flavor. If you’ve never tried it, you’re in for a serious treat :) 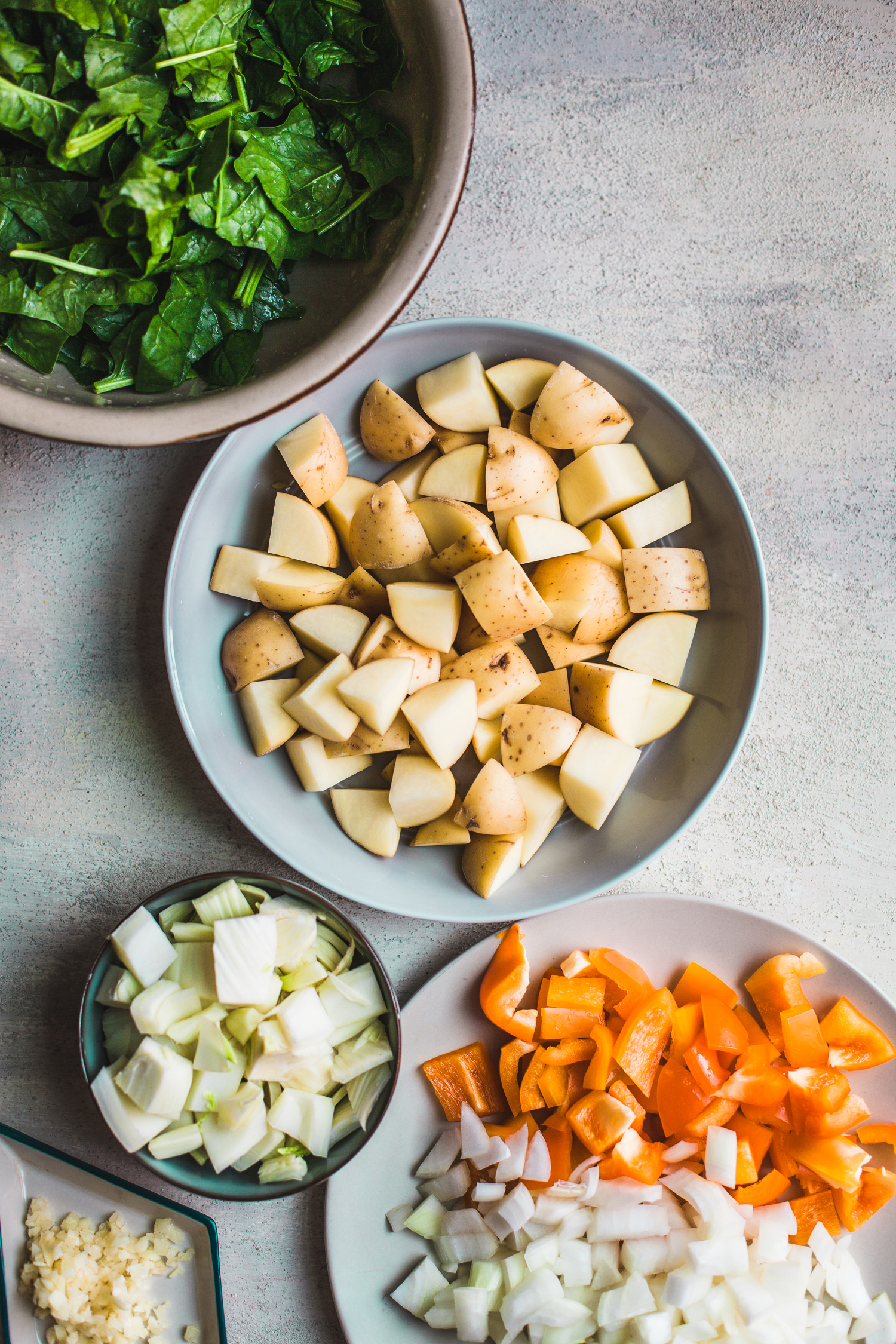 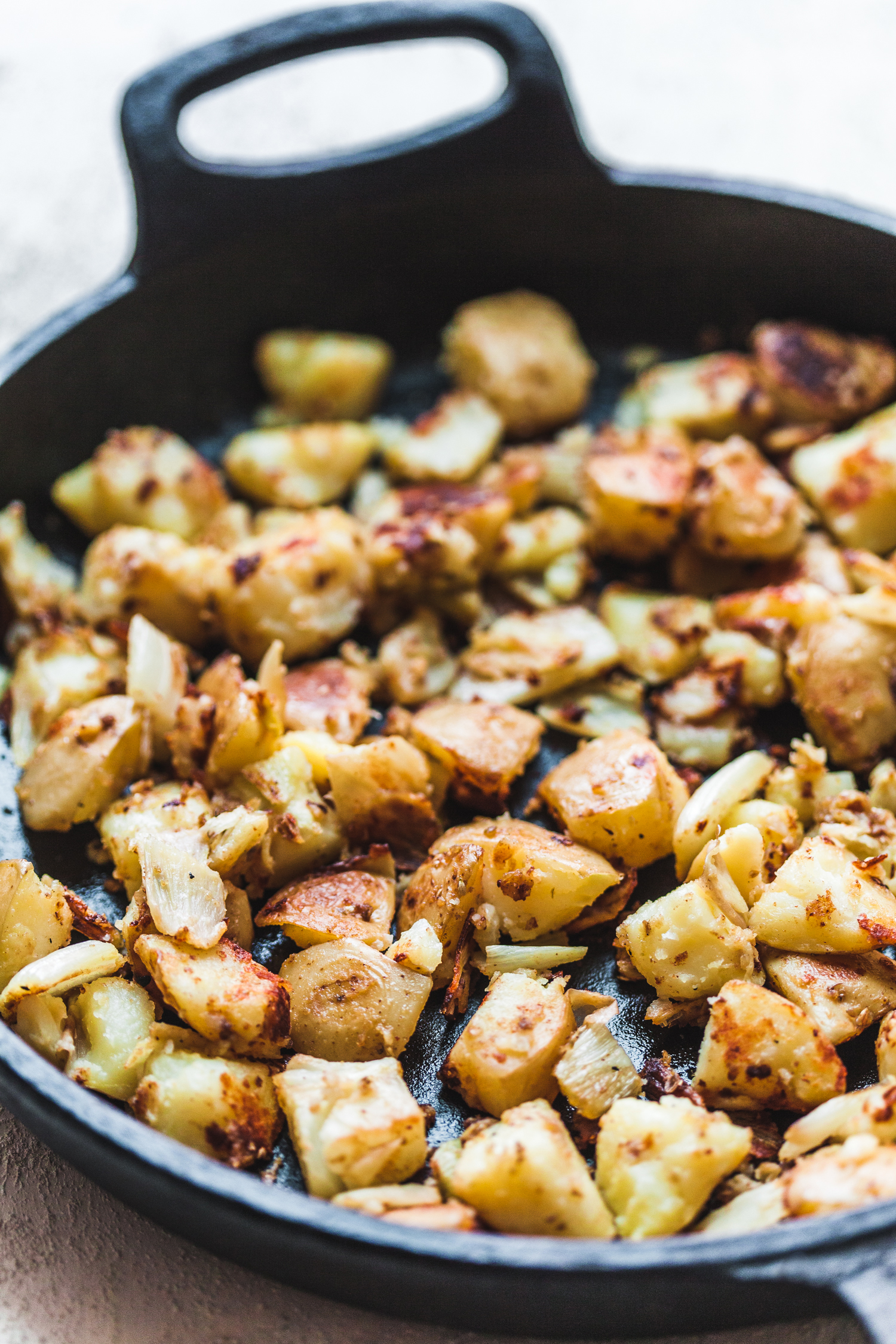 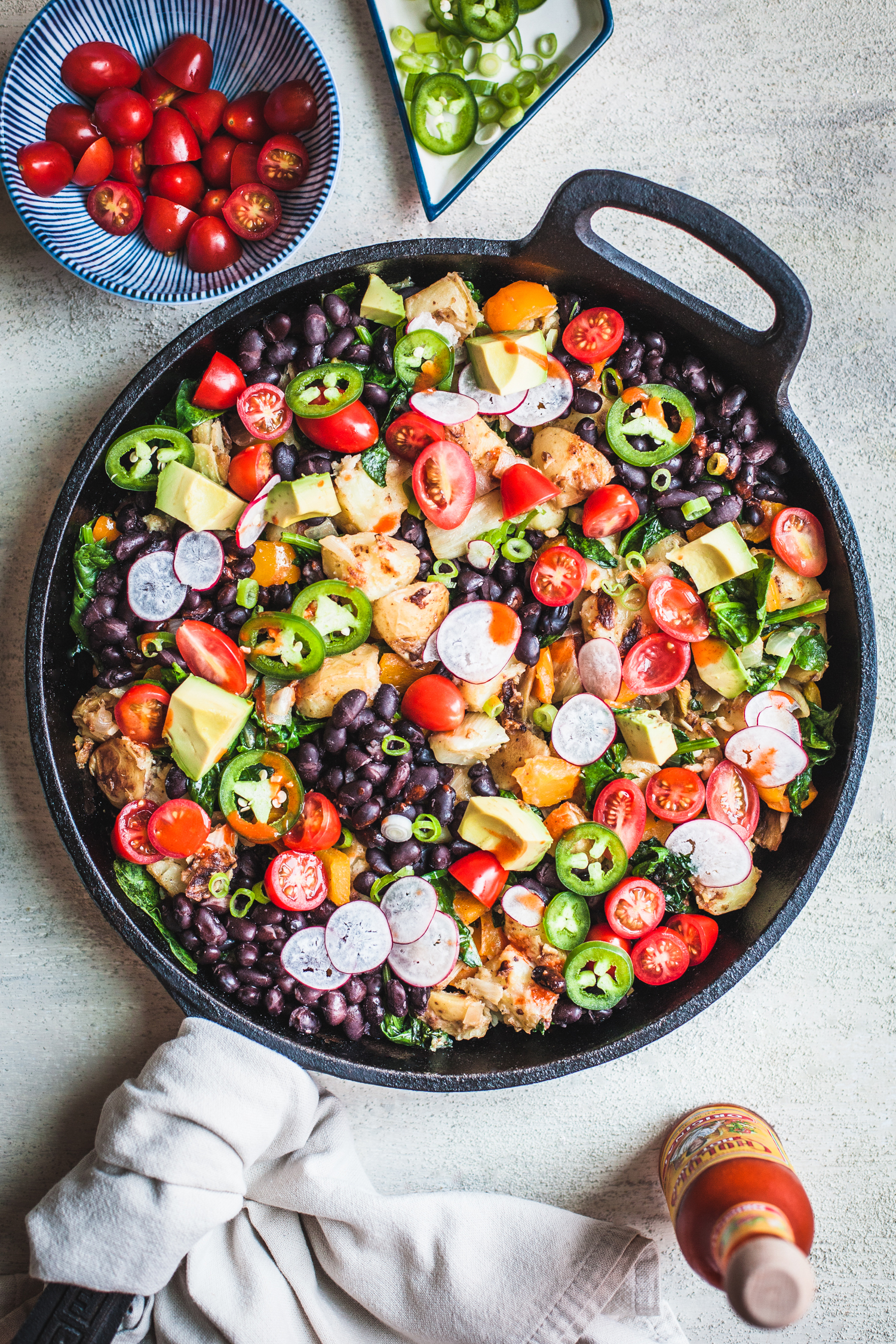 We’ll be making this whole dish on our Instagram stories later today, so you can see exactly how it comes together. The main chunk of time is dedicated to getting the fennel and potatoes golden and crispy. From there on out it’s just about topping it with all your favorite things. The caramelized fennel provides a beautiful sweetness, and the bell pepper gives this hash a crucial dose of juiciness. We included beans and spinach to make this a complete meal, but you could also omit them if you’re looking for a hash to accompany other, more filling breakfast dishes. Wishing you a nice weekend and hope you’ll give this a try <3 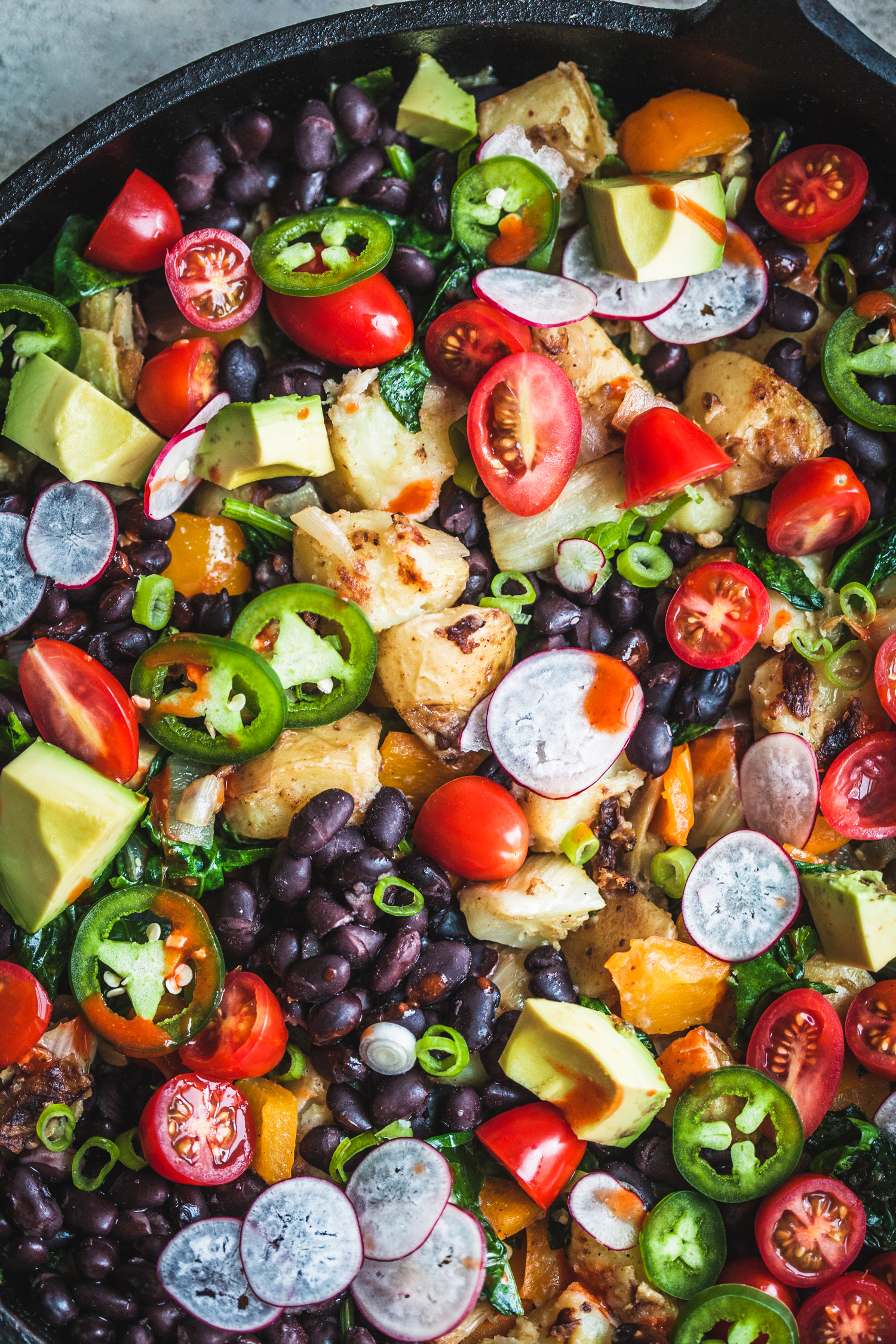 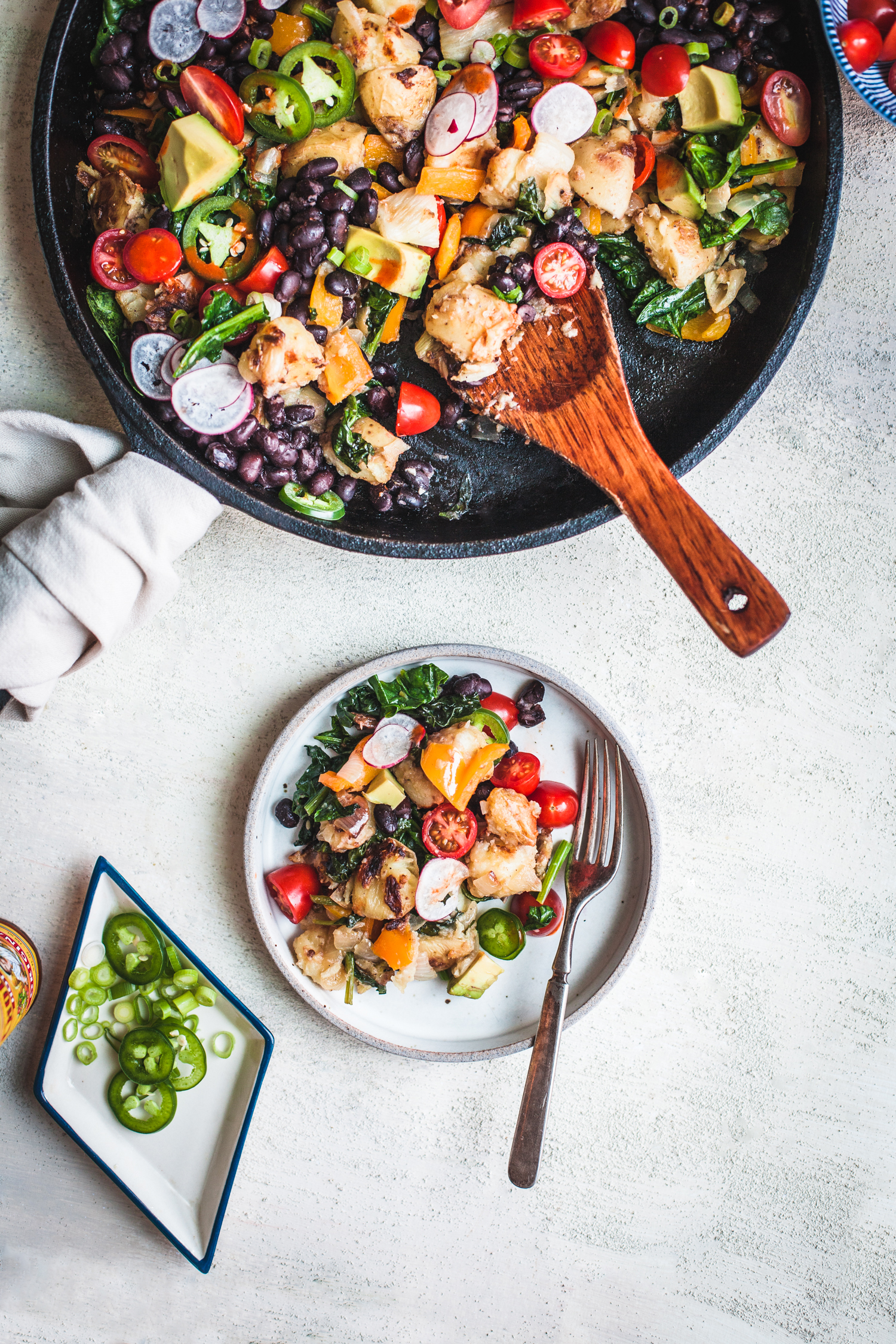