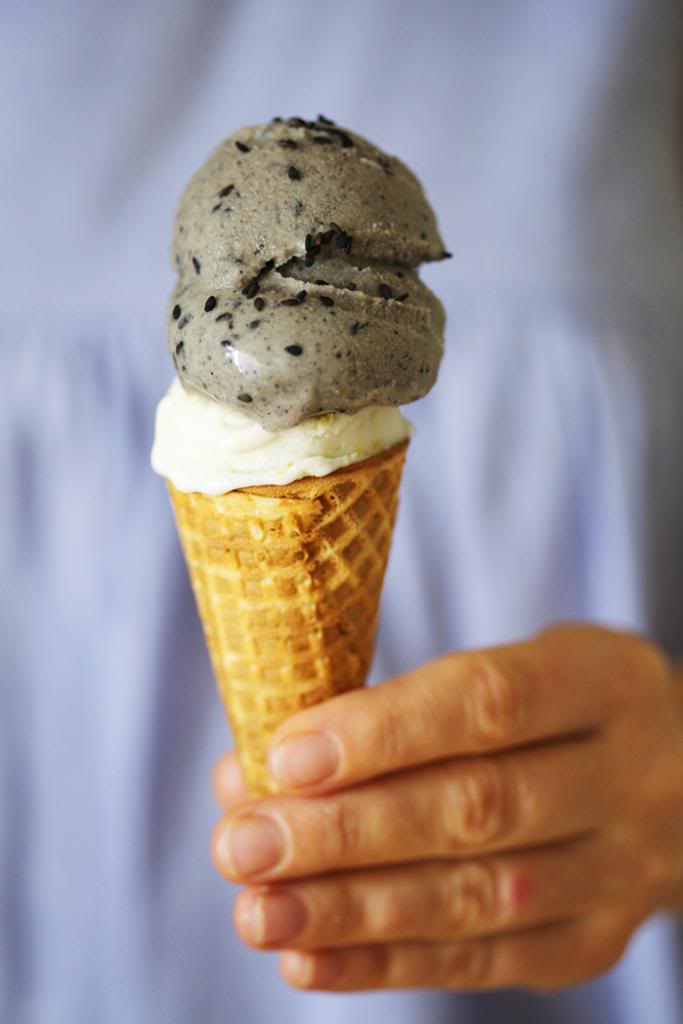 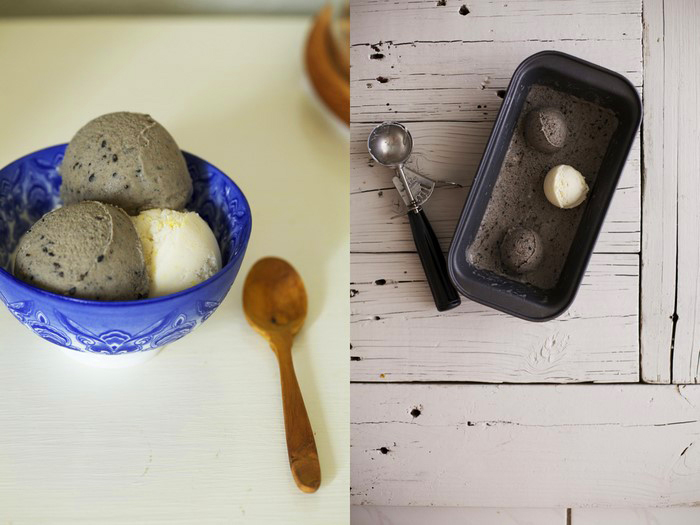 Before it gets too cold, here are two ice cream ideas that are a little more hearty to set the mood for fall. I’ve been wanting to try black sesame ice cream for a while now. At first, I was mostly intrigued by its deep asphalt grey colour, which is so uncharacteristic to ice cream or any dessert for that matter. Deviant ice cream. But then I thought about the flavour and realized that it would taste of halva and honey, and there was no stopping me.
I also made some ginger ice cream to go with the grey batch. Ginger is another one of those warming, earthy flavours, which combines wonderfully with the sesame. I found the pairing of the two to be very comforting, almost soothing to have after a long day or to end a peaceful dinner. 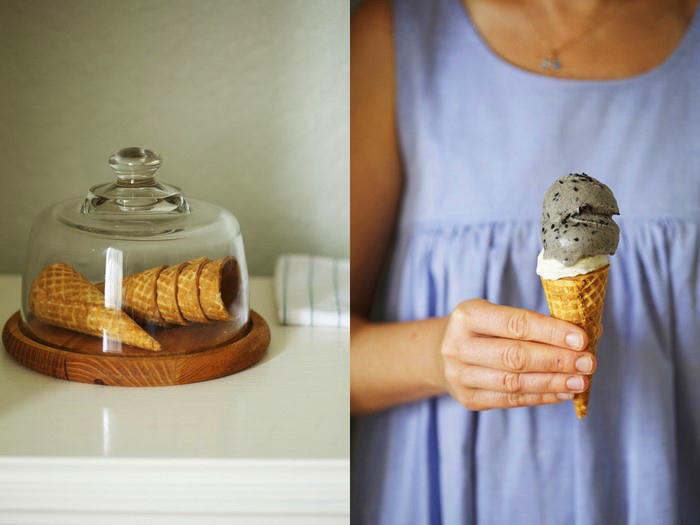 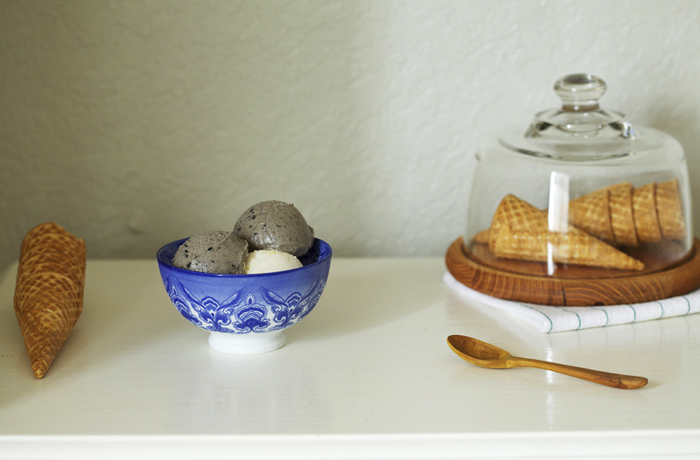 In a bowl, mix together 1/4 cup of coconut milk with xanthan gum or arrowroot powder to form a thick slurry, set aside. Heat the rest of the milk, agave syrup, vanilla and the knob of ginger in a medium sized pan. Bring to a near boil, mix to dissolve the agave. Cover and leave to infuse until cool. Remove the knob of ginger and heat again. Add the slurry and whisk until smooth. Remove from heat and add grated ginger. Let cool completely at room temperature and refrigerate overnight. Put into an ice cream maker for 25 minutes or however long your brand of ice cream machine suggests.

Toast black sesame seeds in a dry frying pan over medium heat, shaking the pan often. Remove from heat immediately as you start smelling the toasted seeds. Grind the seeds in a coffee grinder or mortar and pestle. Mix honey with the seeds.

In a bowl, mix together 1/4 cup coconut milk and arrowroot powder, making a slurry. In a medium sized pan, combine the rest of the milk, sugar and salt and bring to a boil. Lower the heat, stir in the arrowroot/xanthan slurry and simmer for 1-2 minutes, stirring constantly. Remove from heat. Mix in the black sesame seed paste thoroughly. Let cool completely at room temperature and refrigerate overnight. Put into an ice cream maker for 25 minutes or however long your brand of ice cream machine suggests.

To make raw ice cream, use this recipe for vanilla ice cream and add about the same amount of grated ginger or sesame paste. You may want to reduce the amount of agave for the black sesame ice-cream or use 1/2 cup of coconut sugar instead.