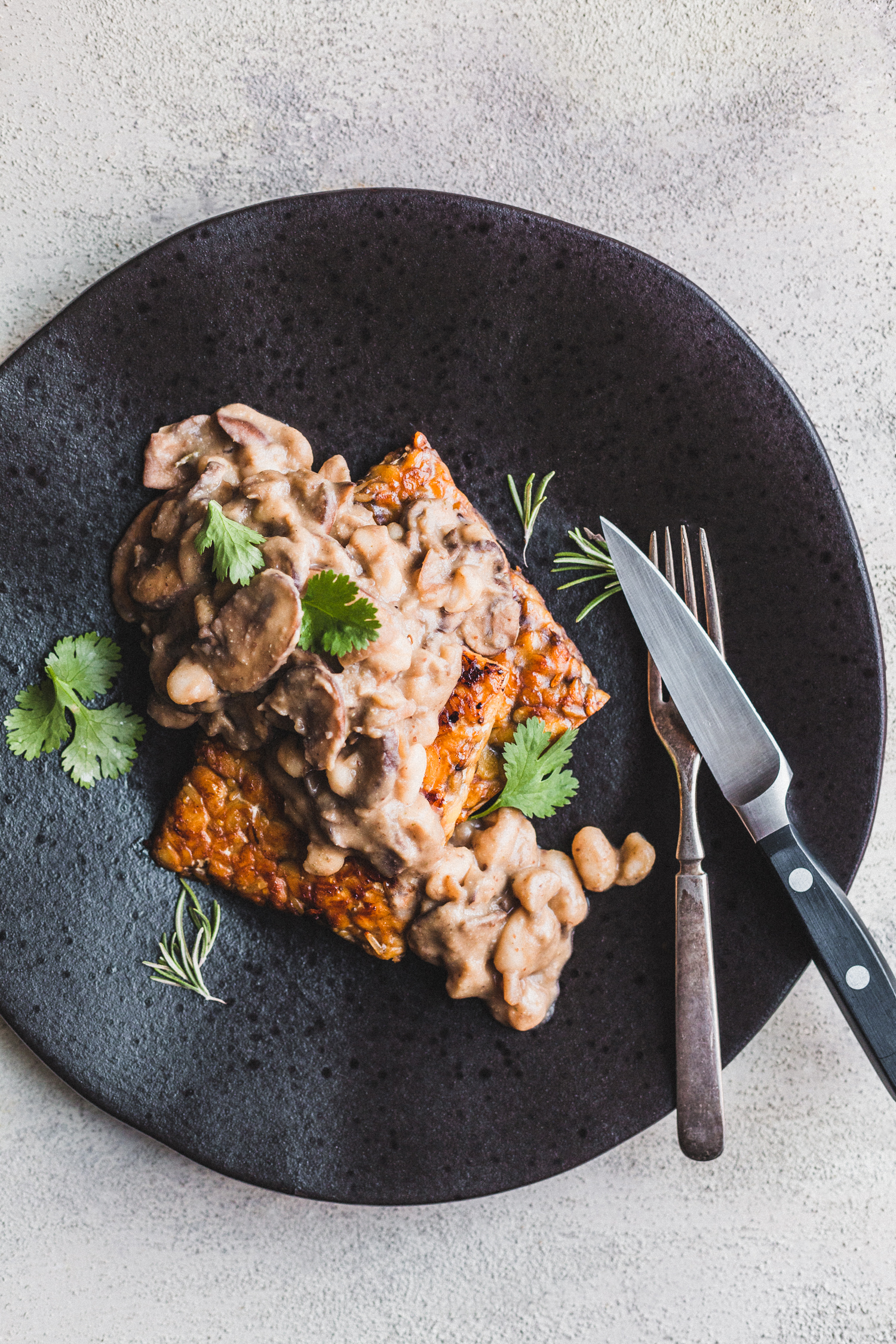 Hi friends! Checking in really quickly with a favorite dinner as of late. I think tempeh is one of those things that people either love or hate, but there’s a few ways of cooking it that I’m pretty sure would make anyone like it. ‘Glazing’ it is one of those. It’s a decadent method that leaves you with irresistibly golden tempeh ‘steaks’ with crispy edges. Today we’ve got a cozy rosemary, mushroom and white bean gravy to top it with. I thought I’d also share something that’s been helping me stay on track with eating the foods that make me feel good after an indulgent December and January. 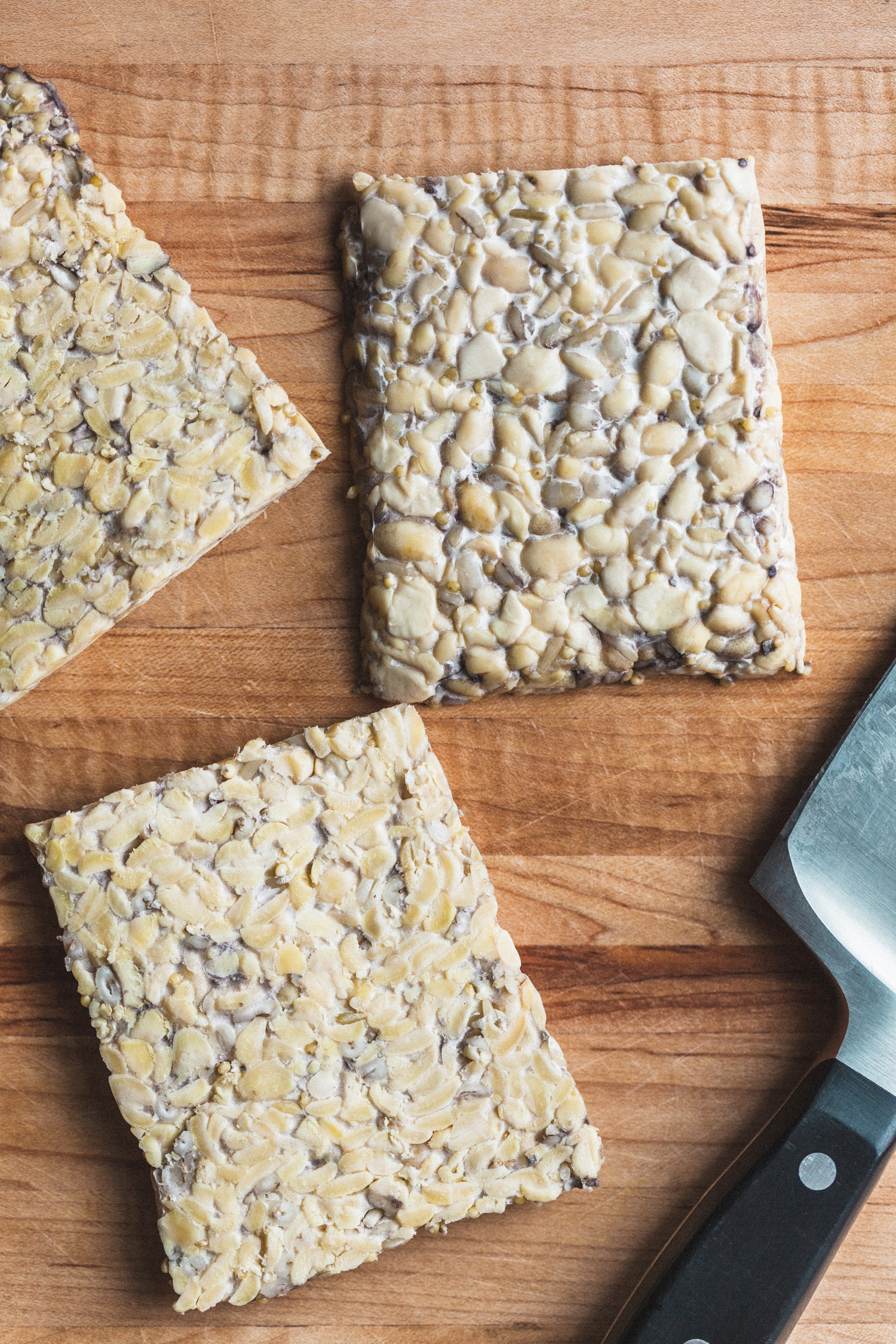 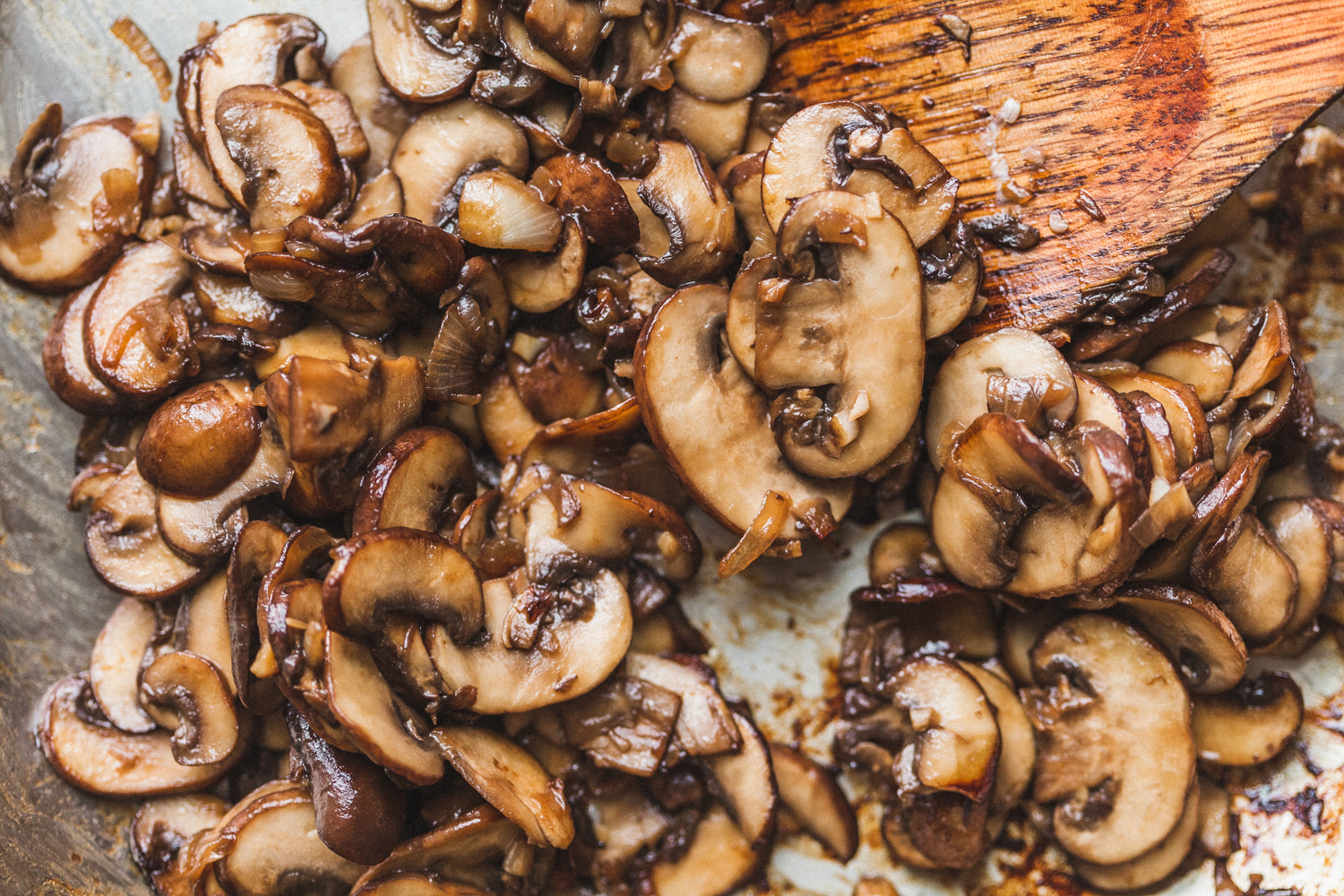 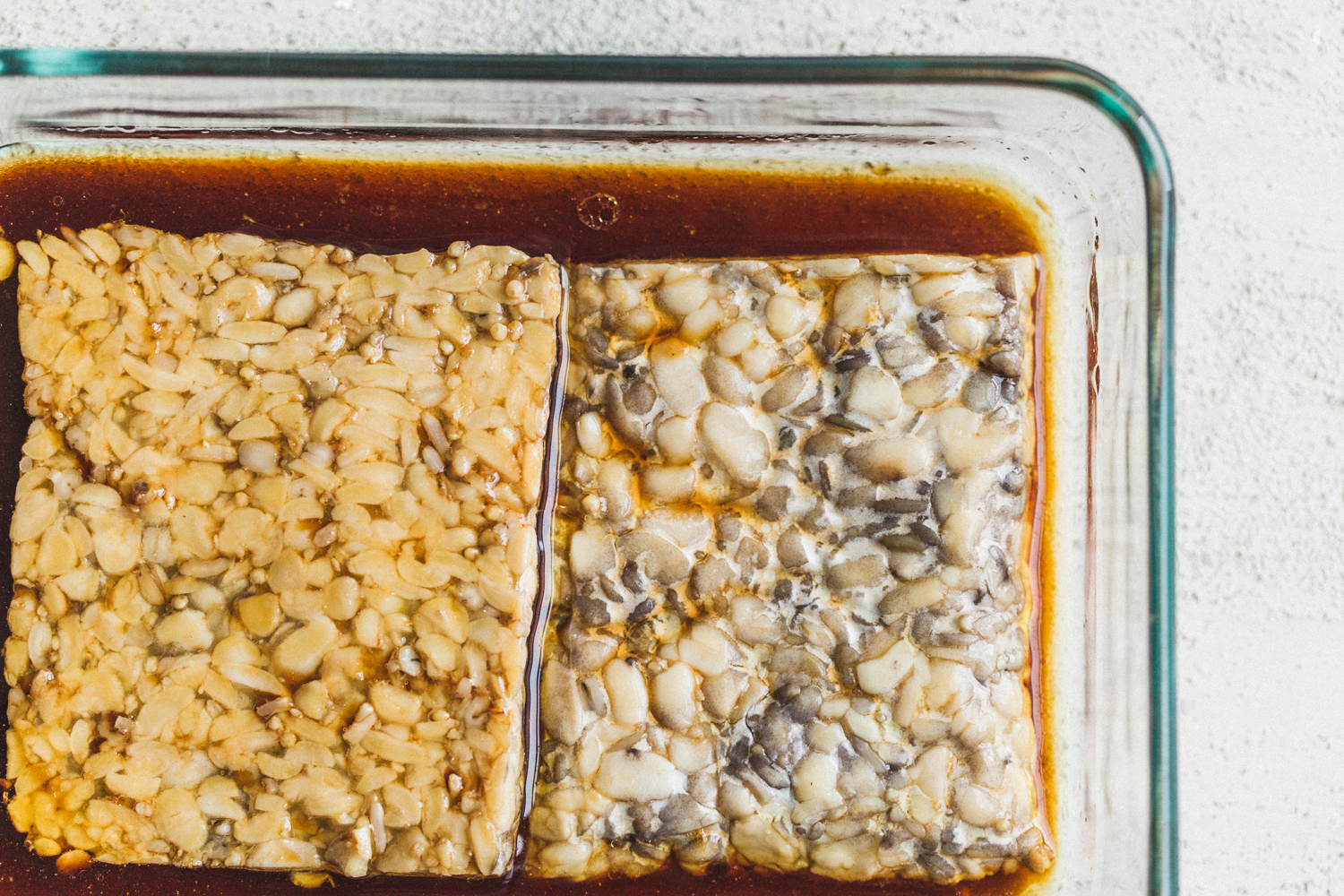 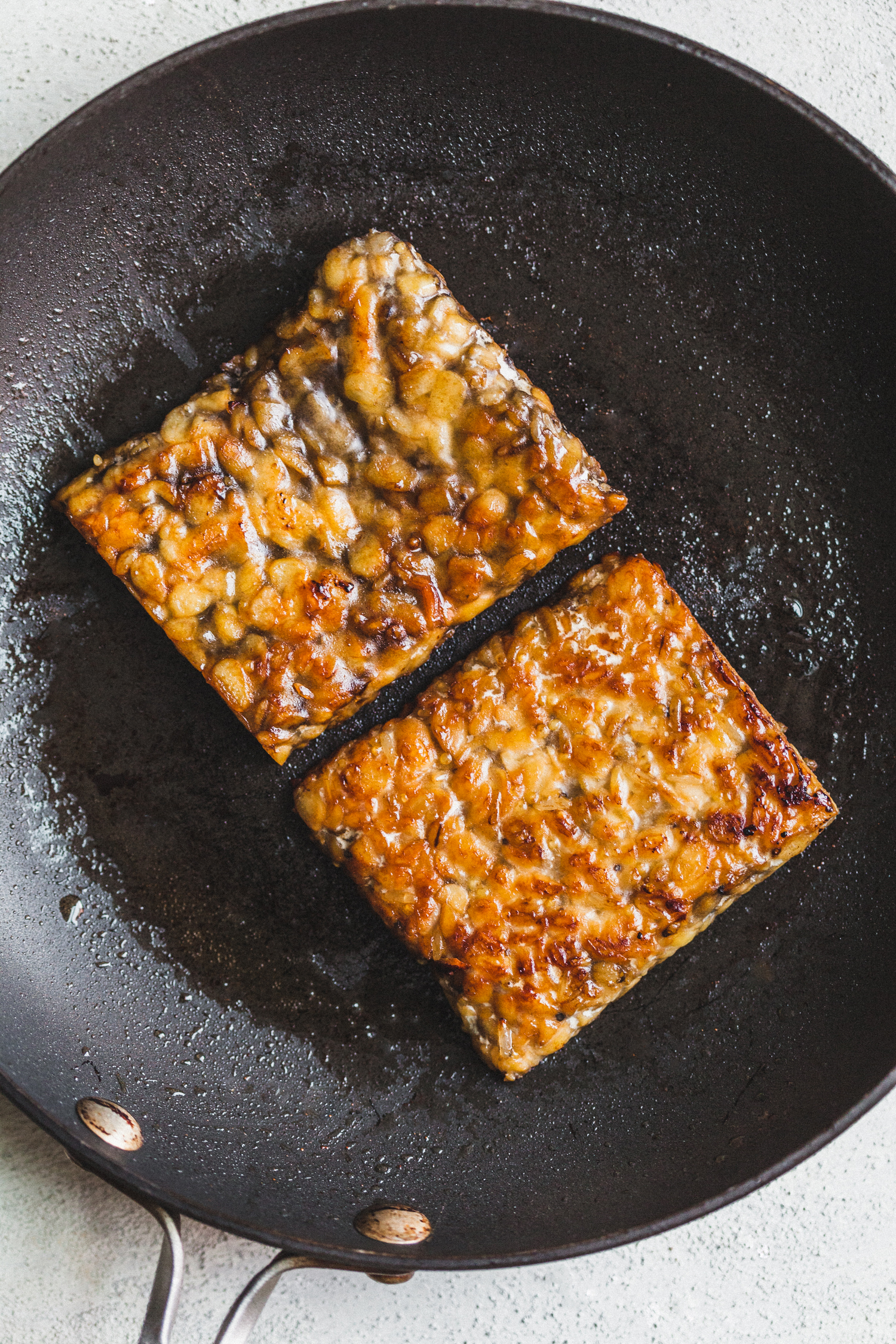 I noticed myself falling into some not-so-great eating patterns ever since the holidays. Things like treats after dinner almost every night, or buying salty processed snacks more often than I like (have you tried Hippeas?!). None of them are a big deal, but it’s things that don’t contribute to me feeling 100%. So I’ve been aiming to gently steer my focus towards the food that gives me the most energy: whole plant foods.
I like the idea of Dr. Michael Greger’s daily dozen checklist, which is his proposed list of the most nourishing plant foods to try to fit into your daily routine. It goes as follows: beans, berries, other fruit, cruciferous vegetables, greens, other vegetables, flax seeds, nuts and seeds, herbs and spices, whole grains, beverages (water), along with the suggested number of servings. So, I’ve been aiming to check off most of the items with my meals every day. At first it becomes a fun game, and then turns more and more into a habit. Of course, it’s not realistic to expect yourself to eat that way every single day, and some days I don’t even eat half of the things listed, but it’s also easier than you might think to get these things in. These tempeh steaks, for example, check off 4 of the items! I make sure to use this tool as a gentle reminder, definitely not as a way to control my eating or stress myself out in any way. There’s a daily dozen app that lets you check off the items, which I used at first, but now I just think about the checklist when buying groceries for the day/week, and it helps so much with building out nourishing meals. Just wanted to share this, in case anyone else finds it helpful. Have a great rest of your week! 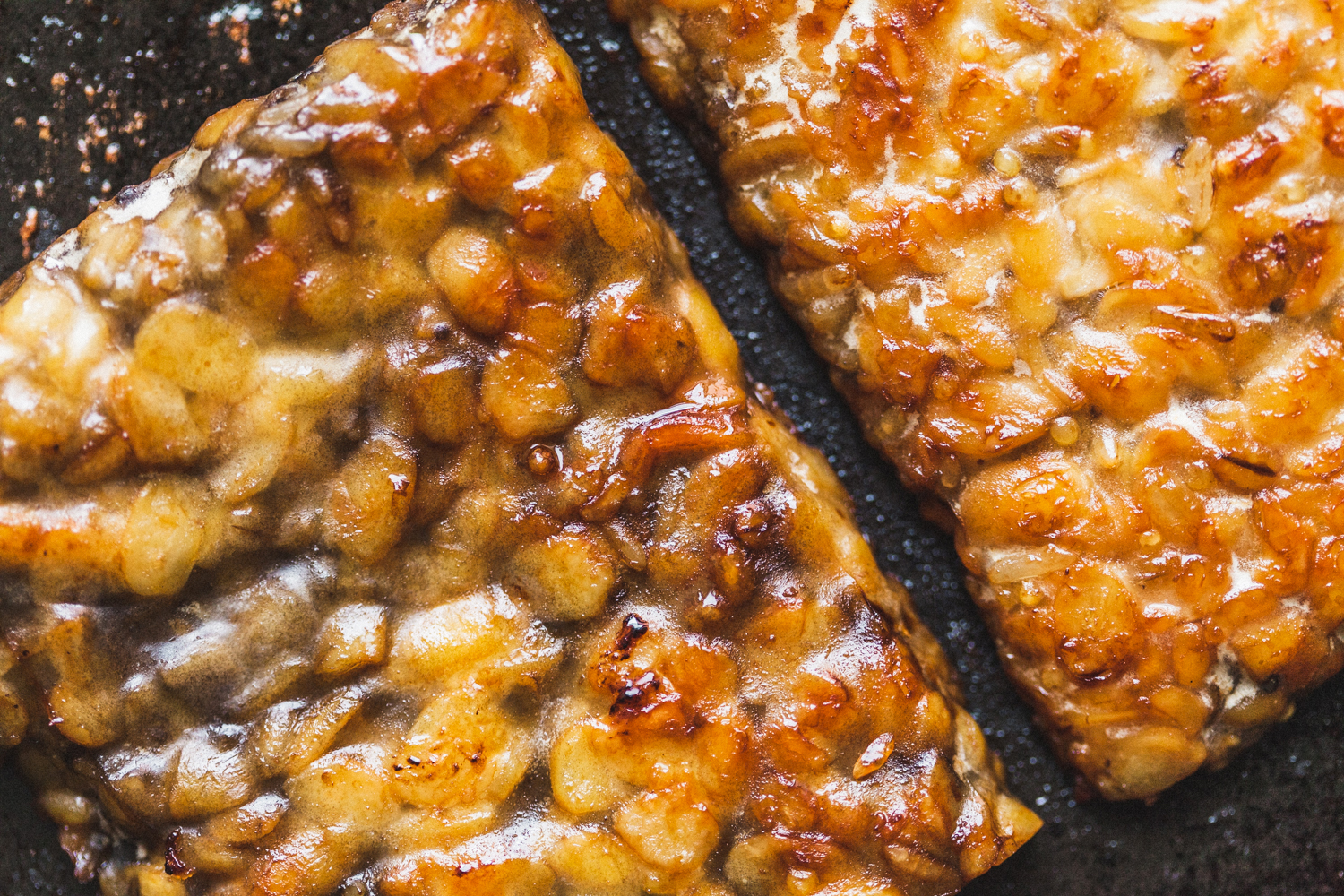 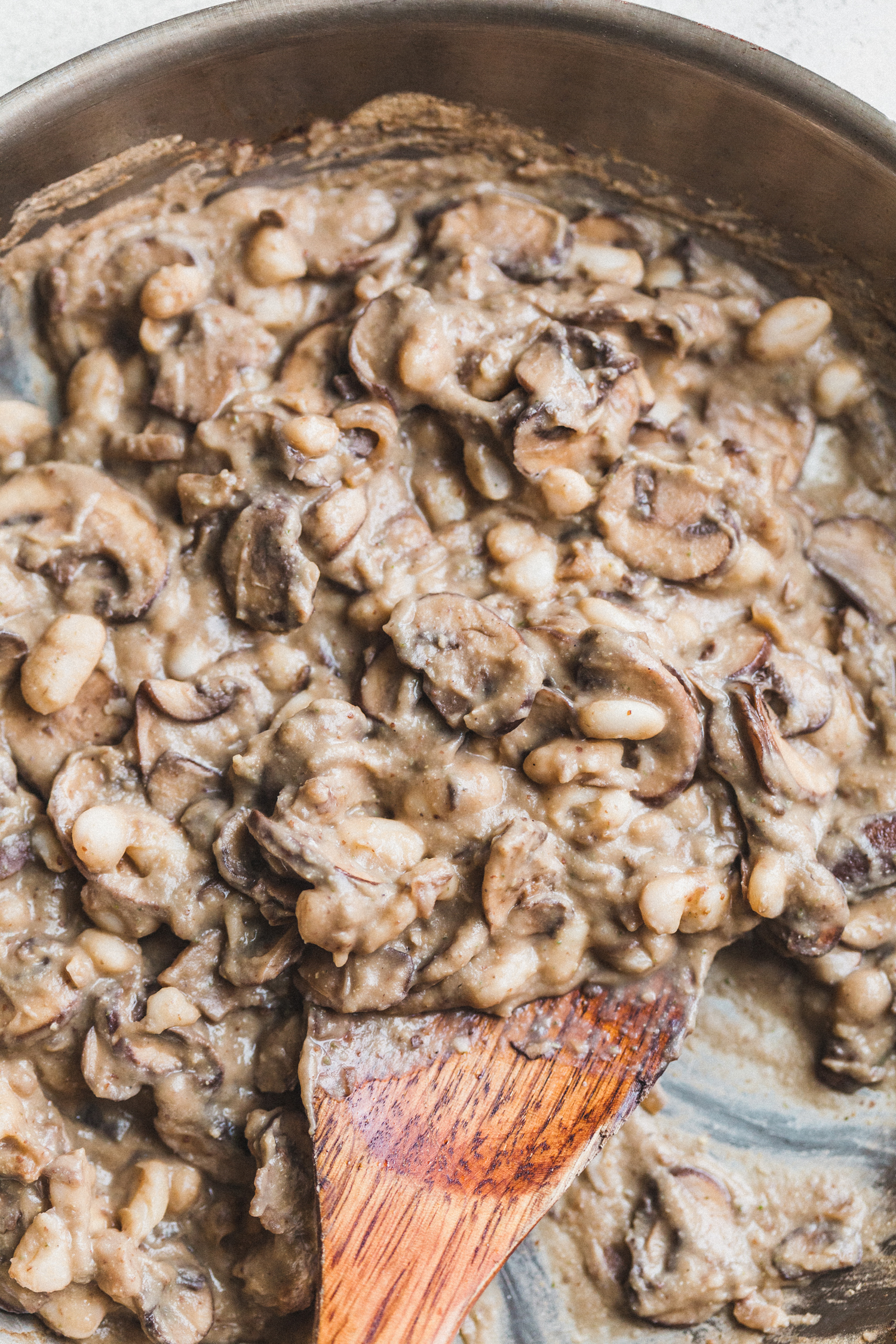 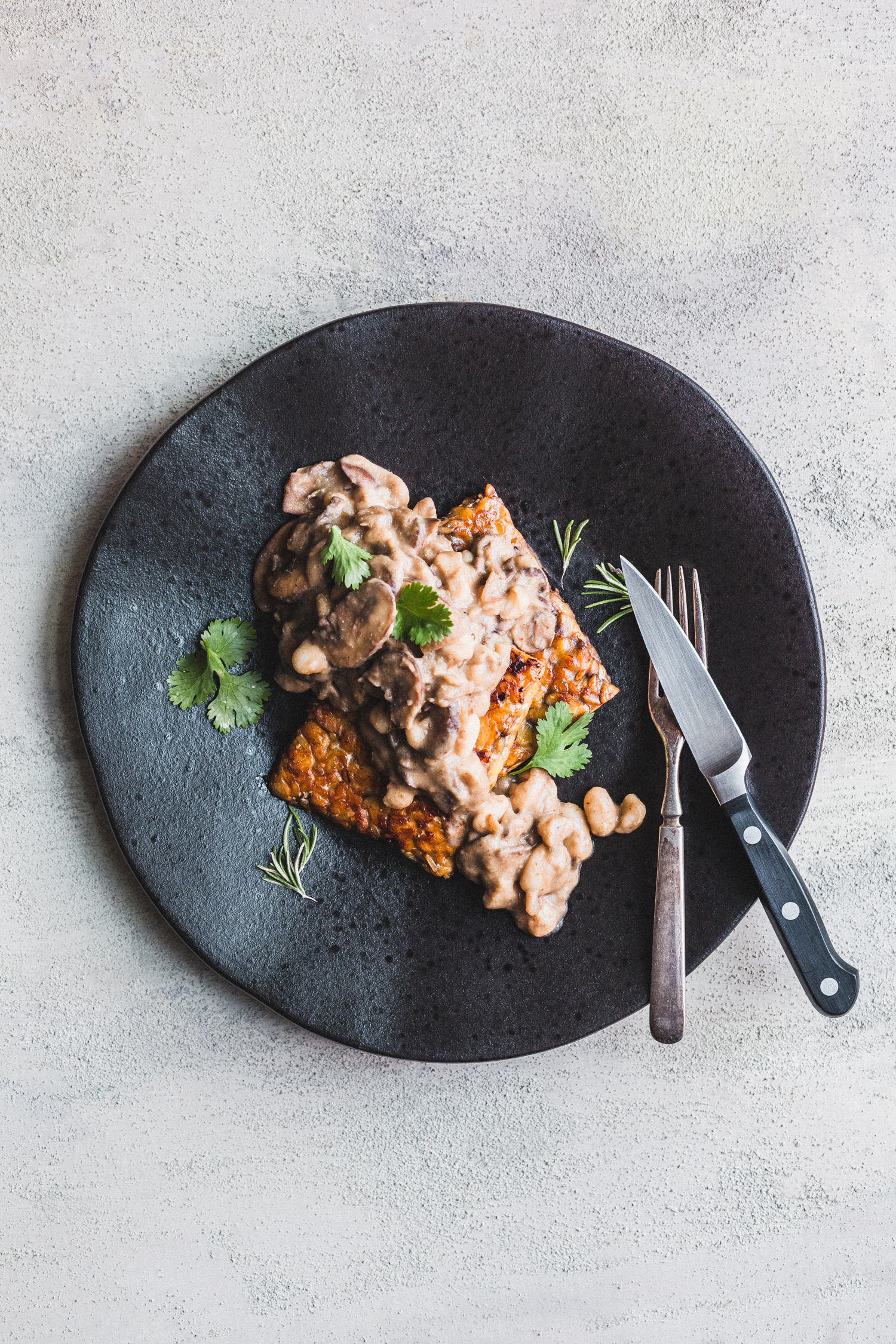 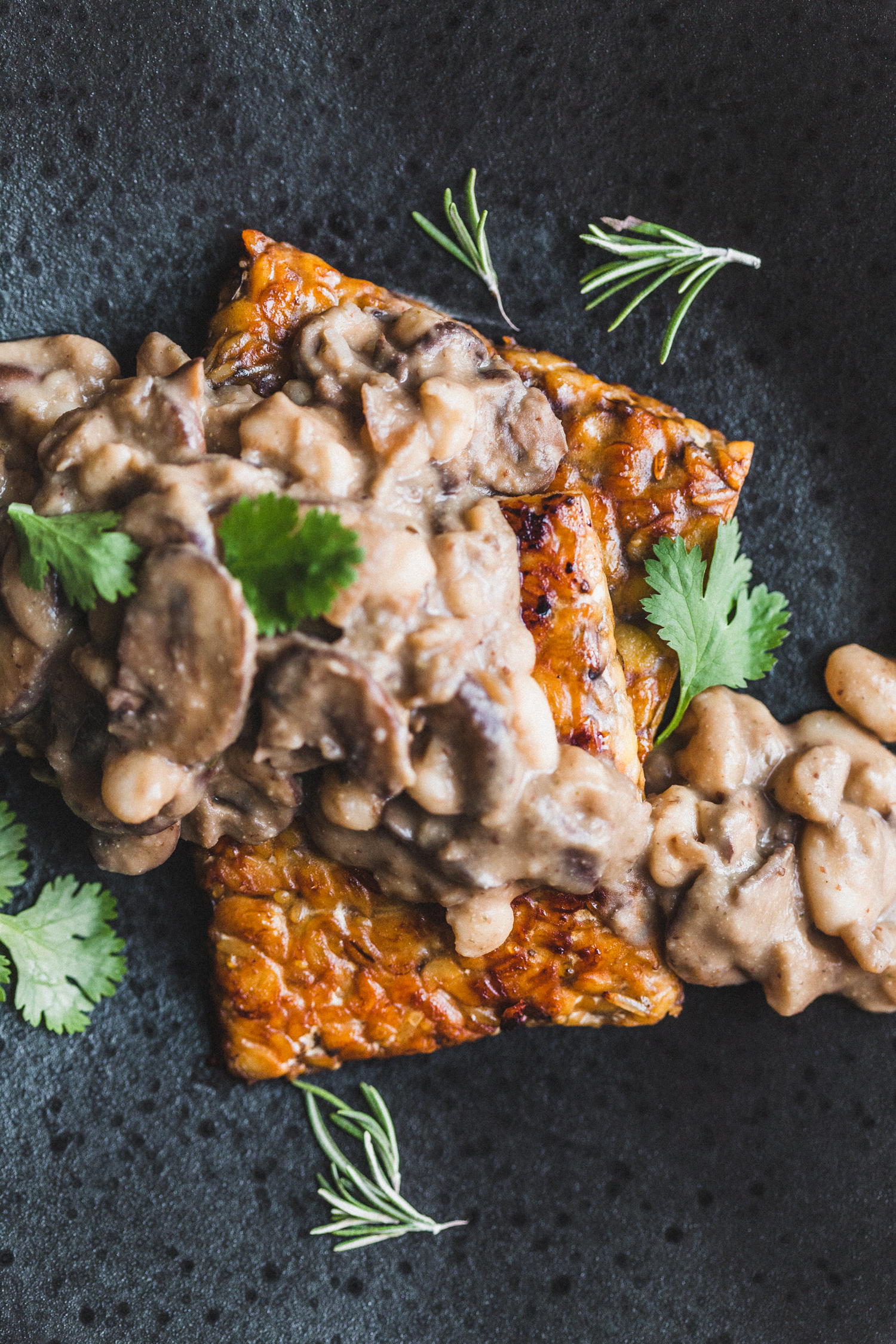 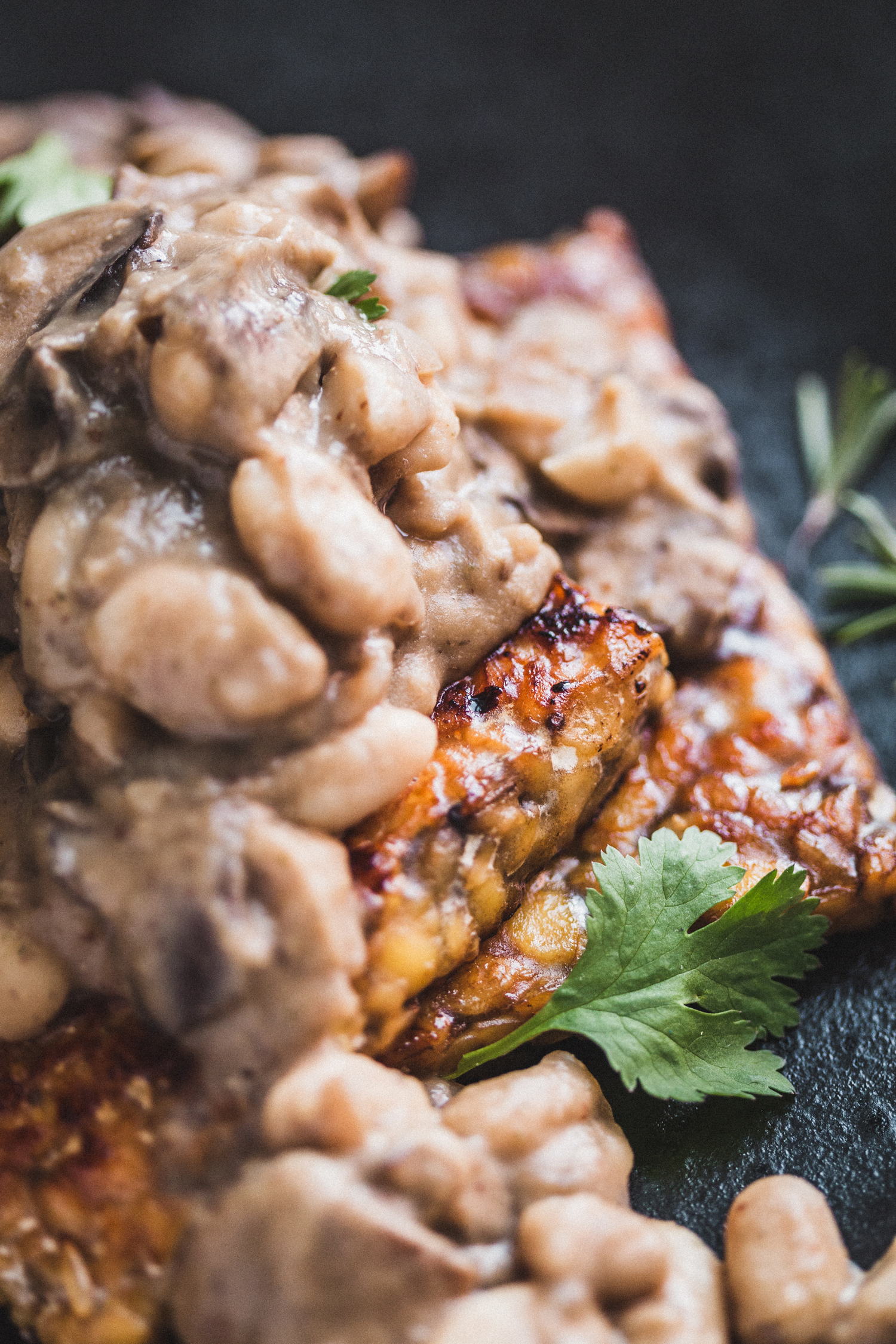 to make the rosemary mushroom gravy