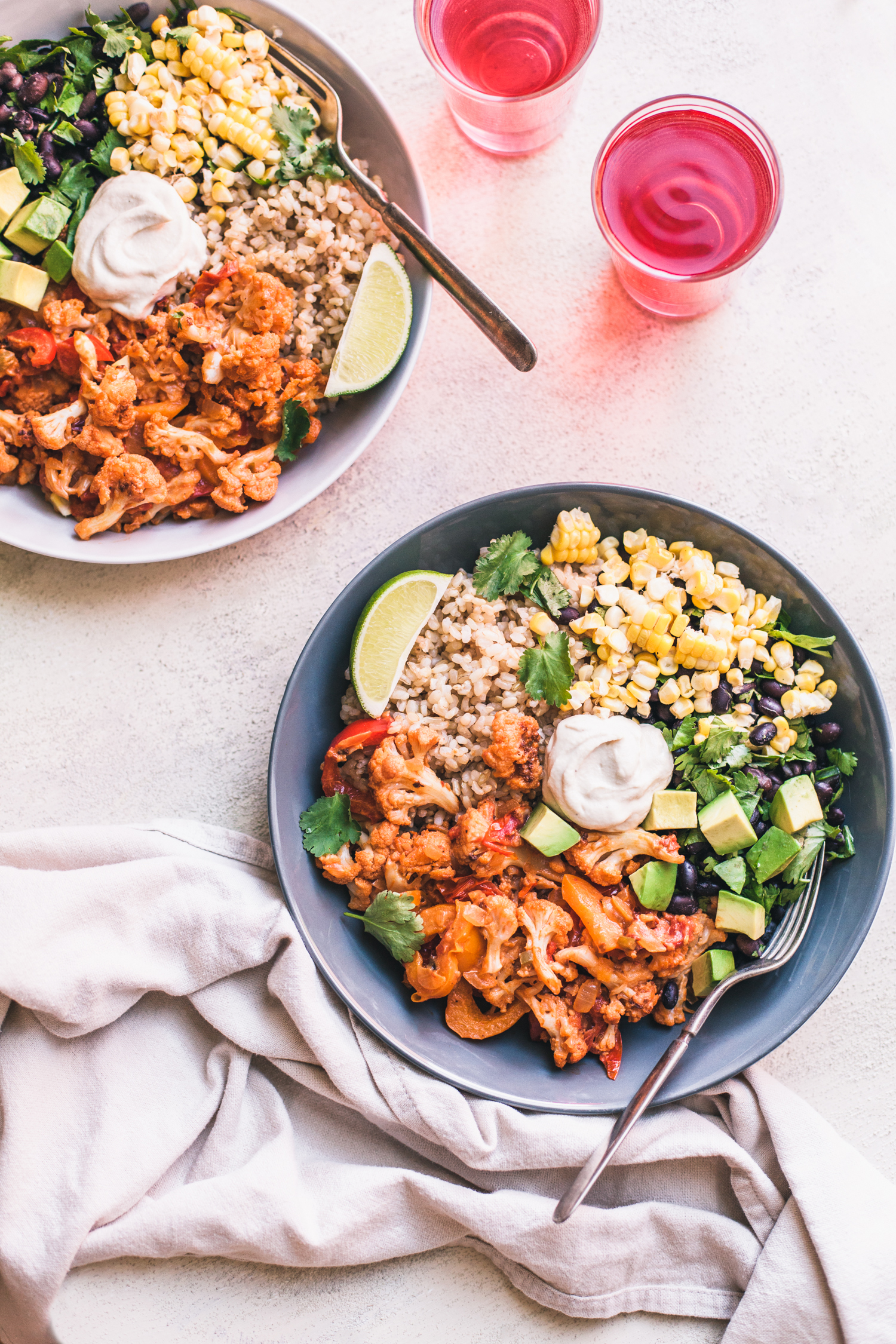 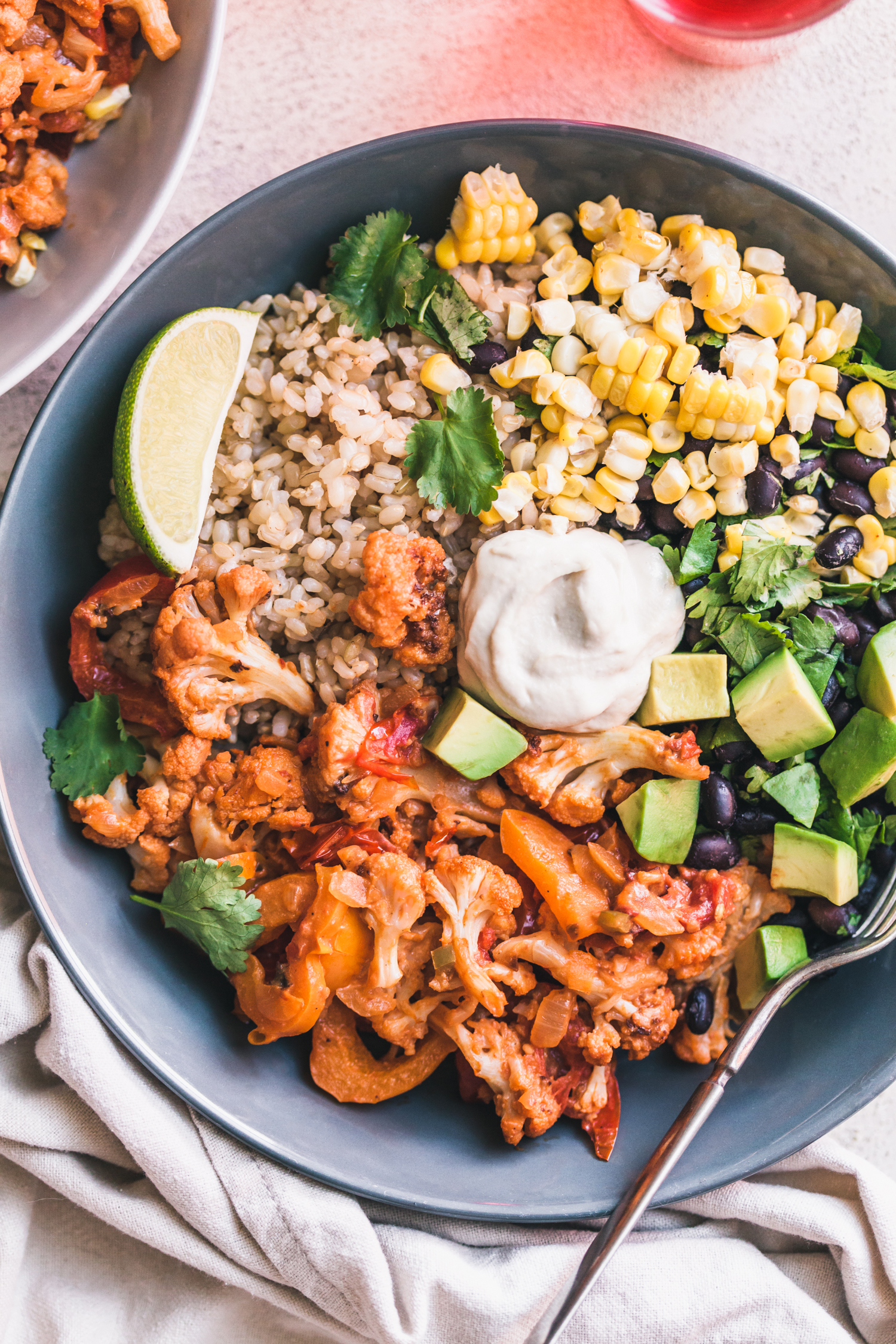 All the credit for this mindblowingly delicious chipotle cauliflower burrito bowl idea goes to my man. He’s an omnivore and a generally adventurous eater, so he often has great ideas for turning dishes that he tries and likes at restaurants out and about into plant-based dinners that we’ll both enjoy at home. In this case, he referenced really good chipotle chicken tacos that he’d had, and thought that cauliflower would make for a perfect chicken stand-in, when roasted and stewed together with tomatoes, chipotle chilis, and adobo sauce. The cauliflower turned out so good, I knew I couldn’t not share the recipe here. 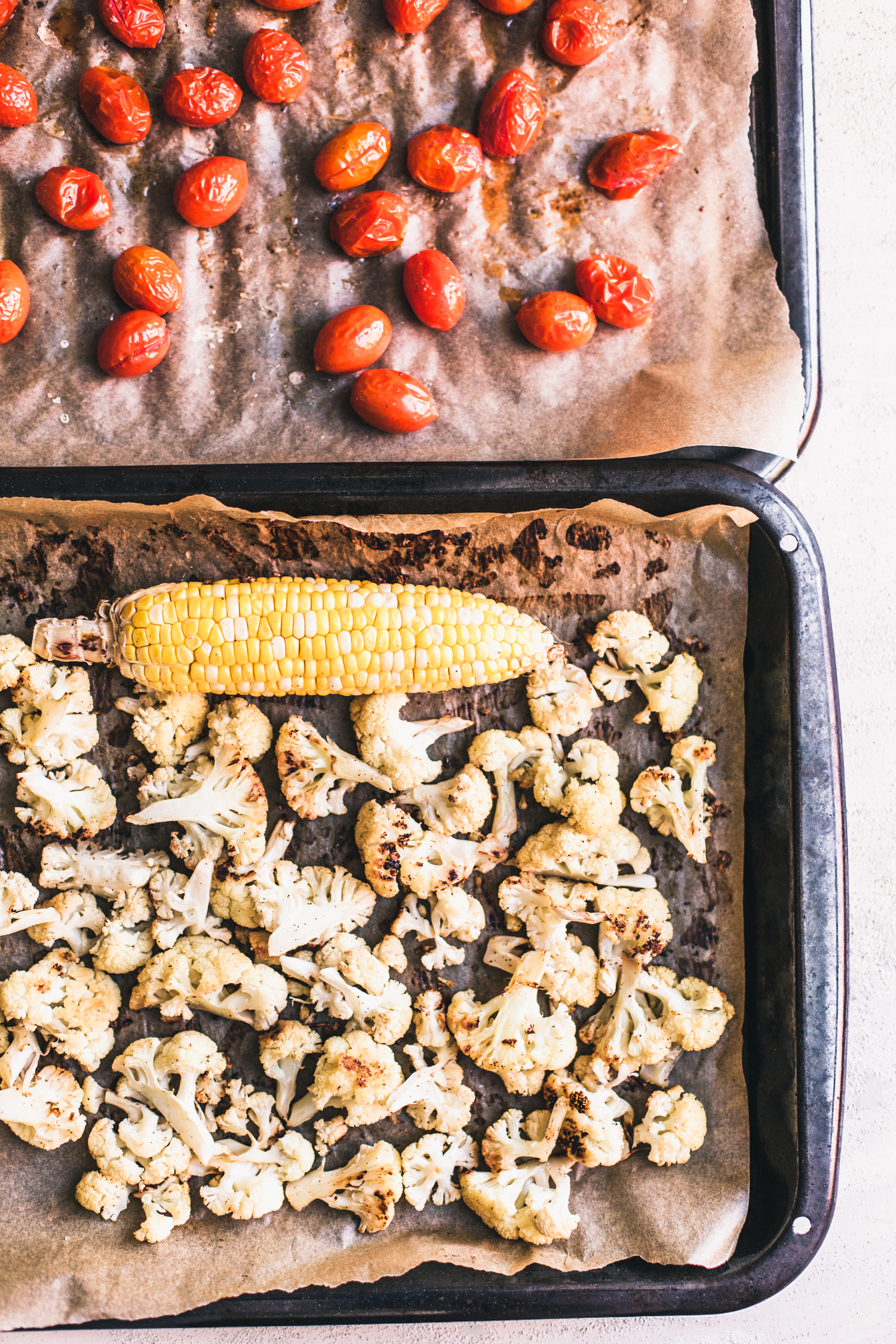 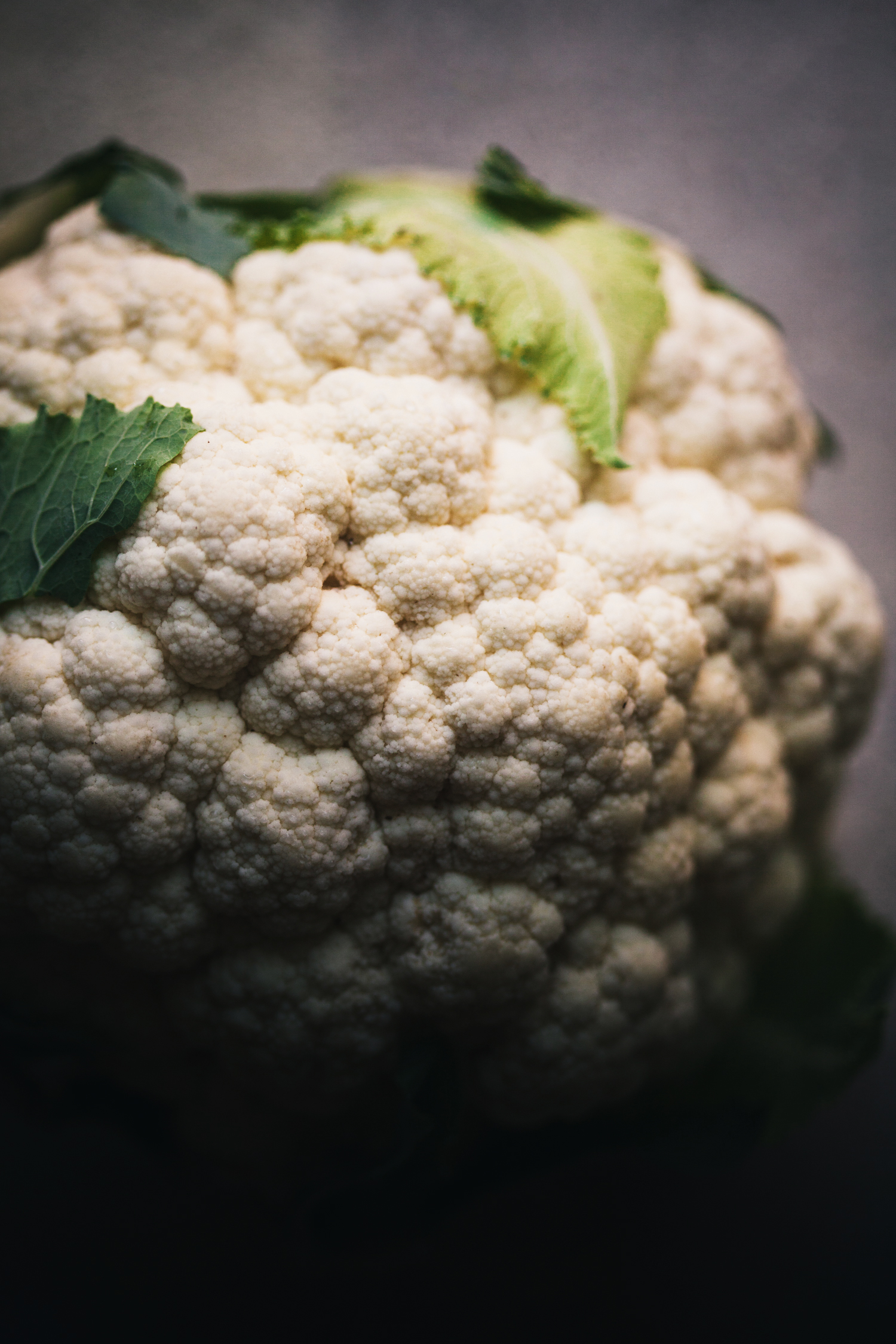 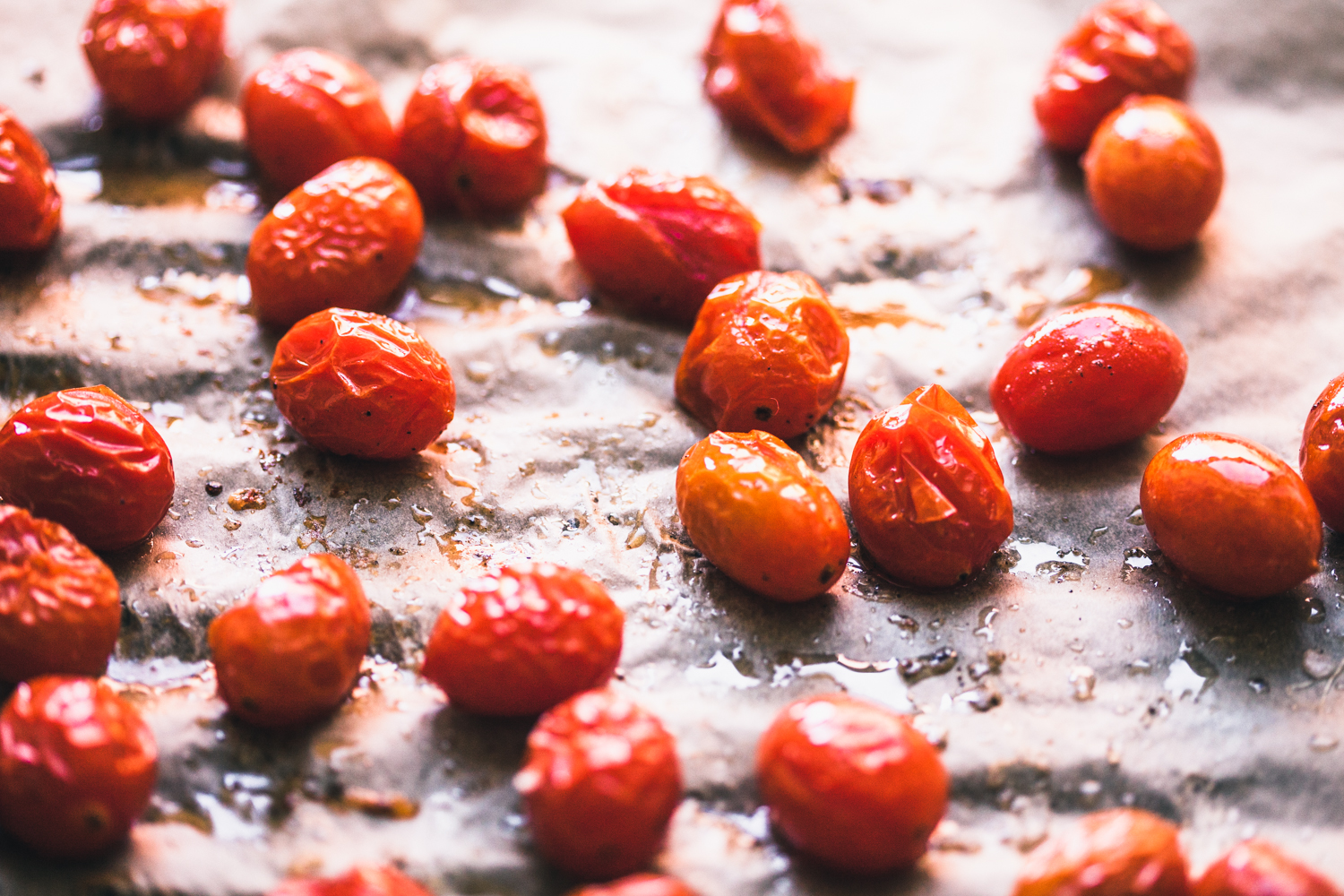 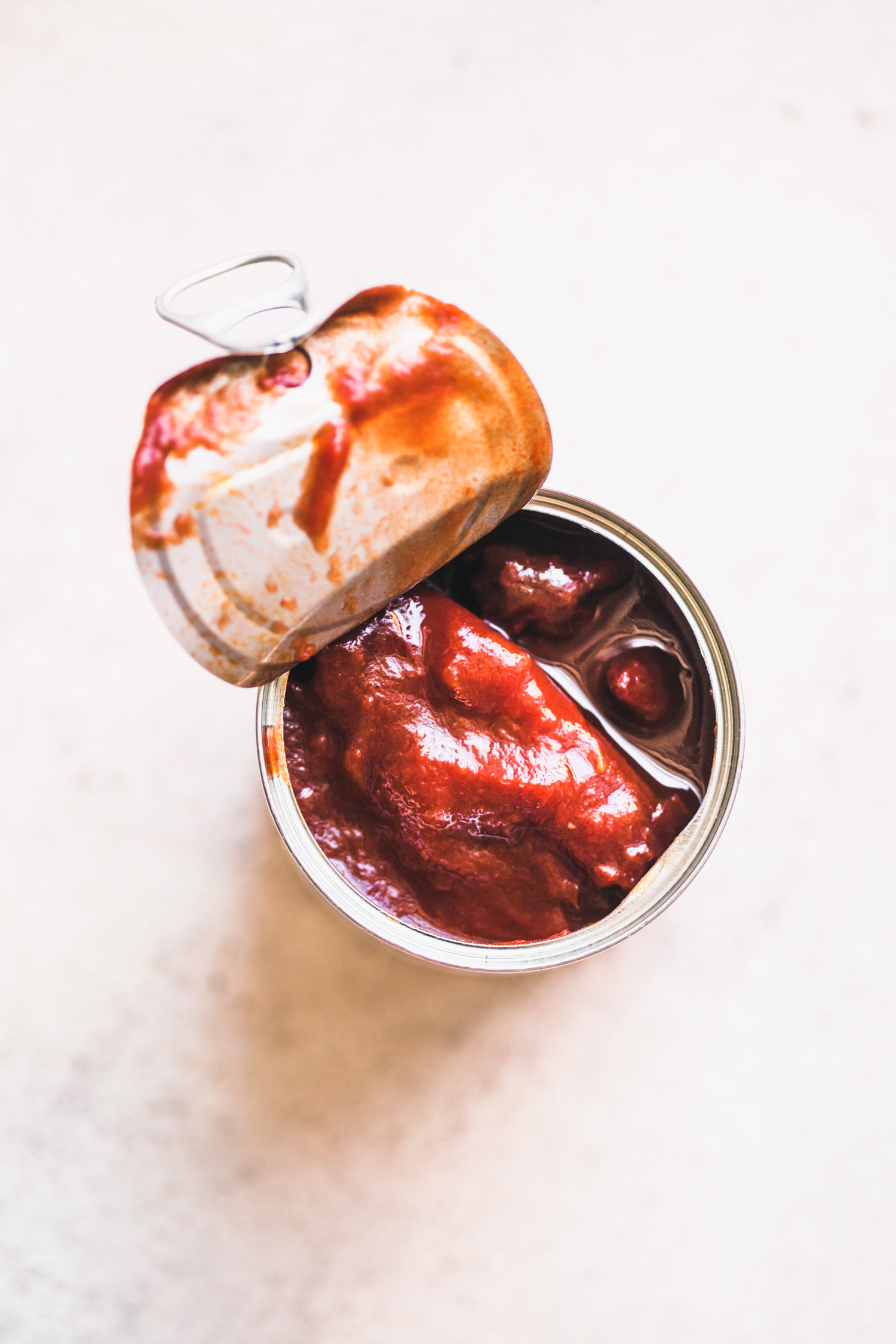 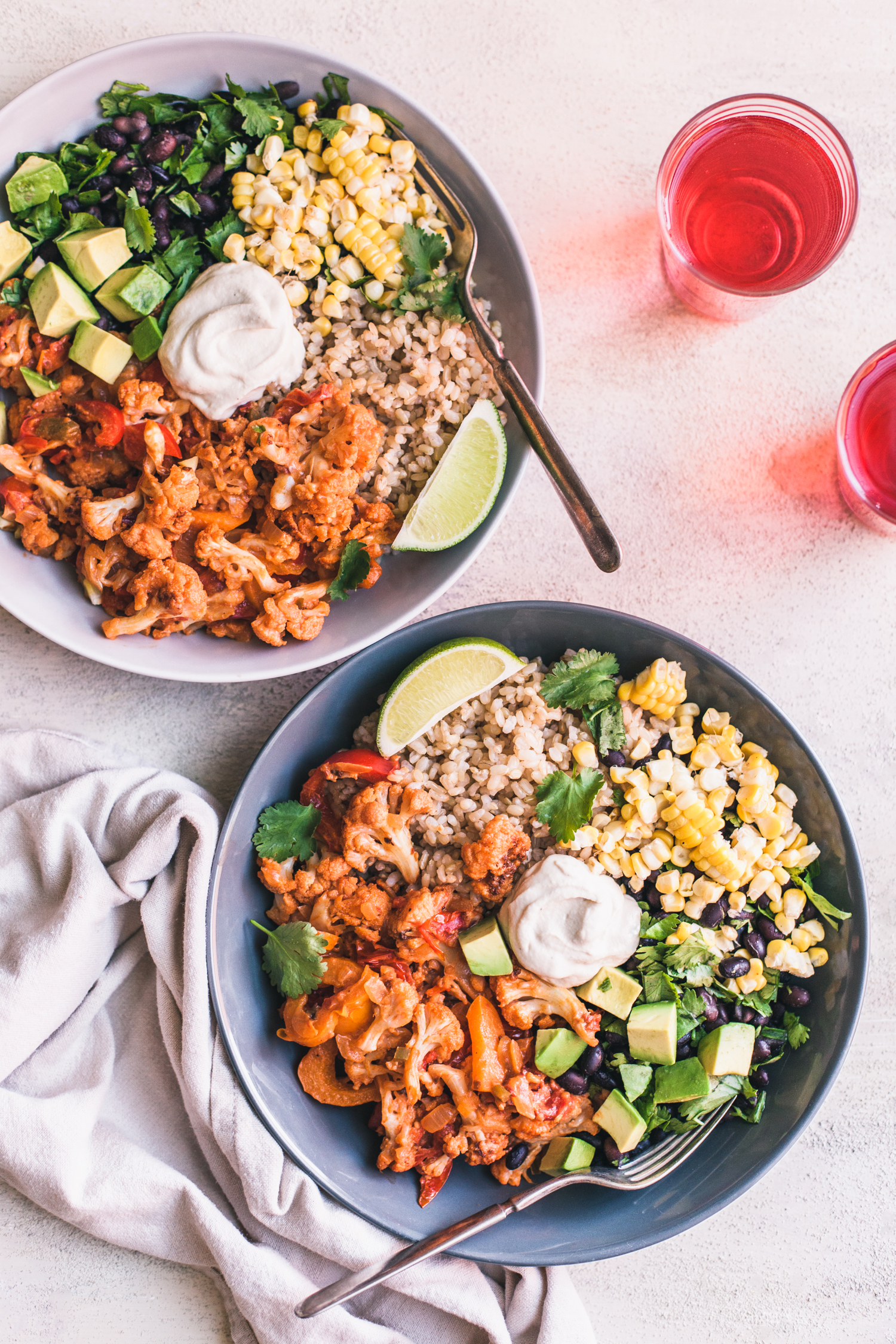 You can definitely serve this chipotle cauliflower in tacos, but we went for a burrito bowl format here, which did not disappoint. The super flavorful, spicy cauliflower goes so well with the sturdiness of brown rice, sweetness of roasted corn, the cooling, creamy vibes of avocado and cashew lime cream, and the extra substance of black beans. Top that off with a handful of cilantro and an extra squeeze of lime, and you are in for a seriously great meal.
If you’ve never tried it before, chipotle in adobo is a fairly common ingredient in American grocery stores, in my experience. The peppers come in small cans, and can usually be found either in the specialty/world food isle or near the canned vegetables, like canned tomatoes and peppers. It’s such a good little ingredient, and a shortcut to tons of flavor, as illustrated by this fairly simple cauliflower recipe. We hope you’ll give this one a try :) 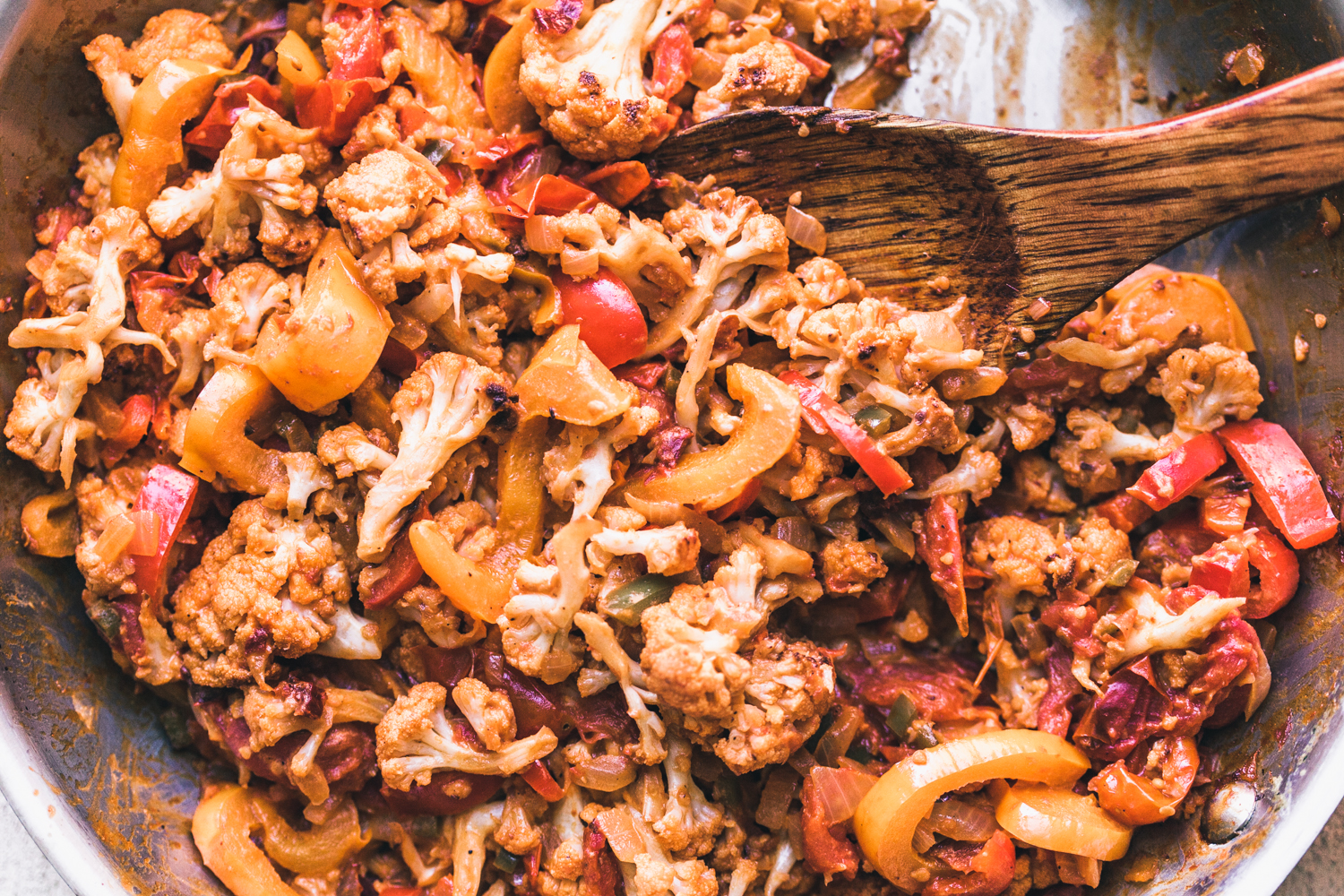 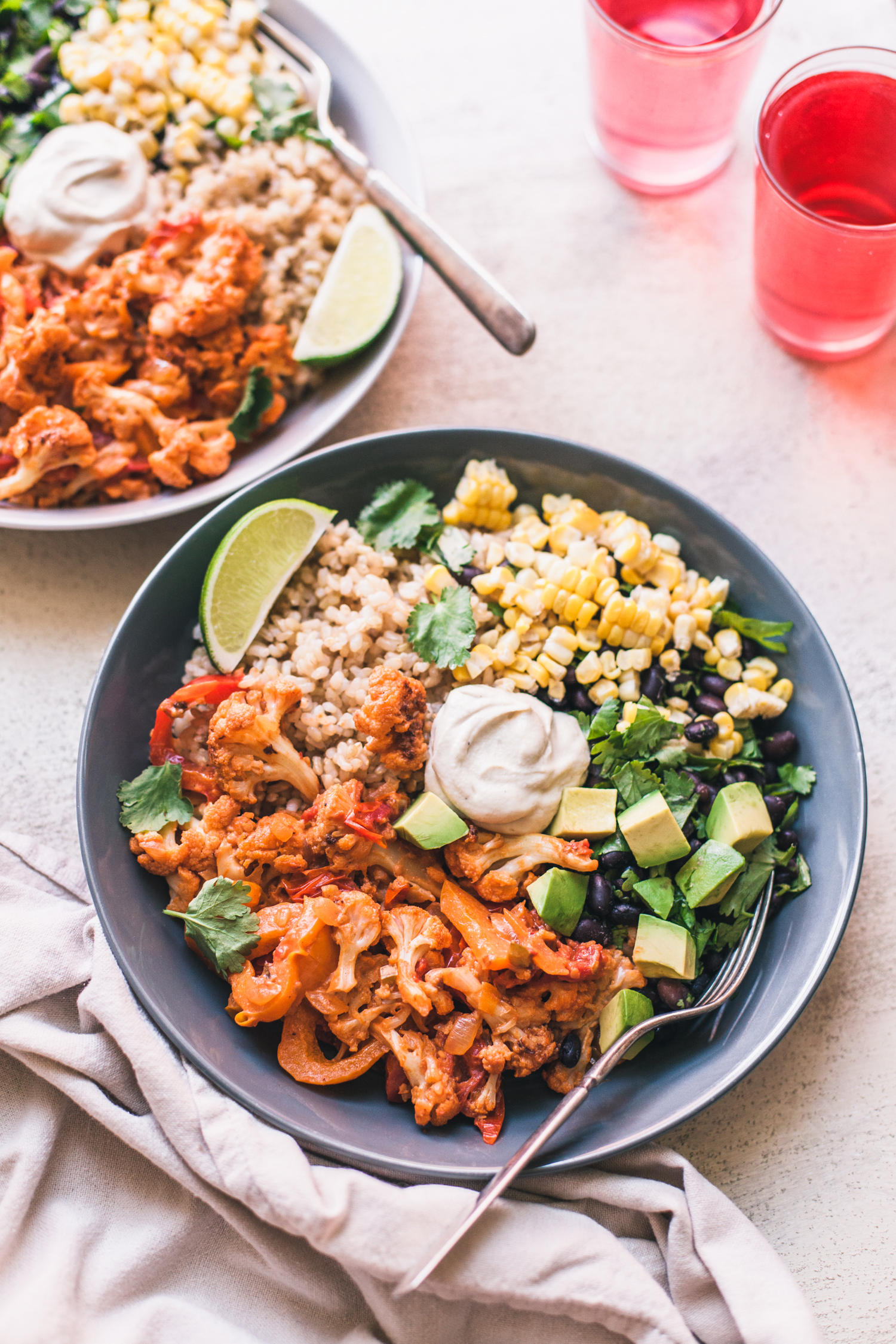 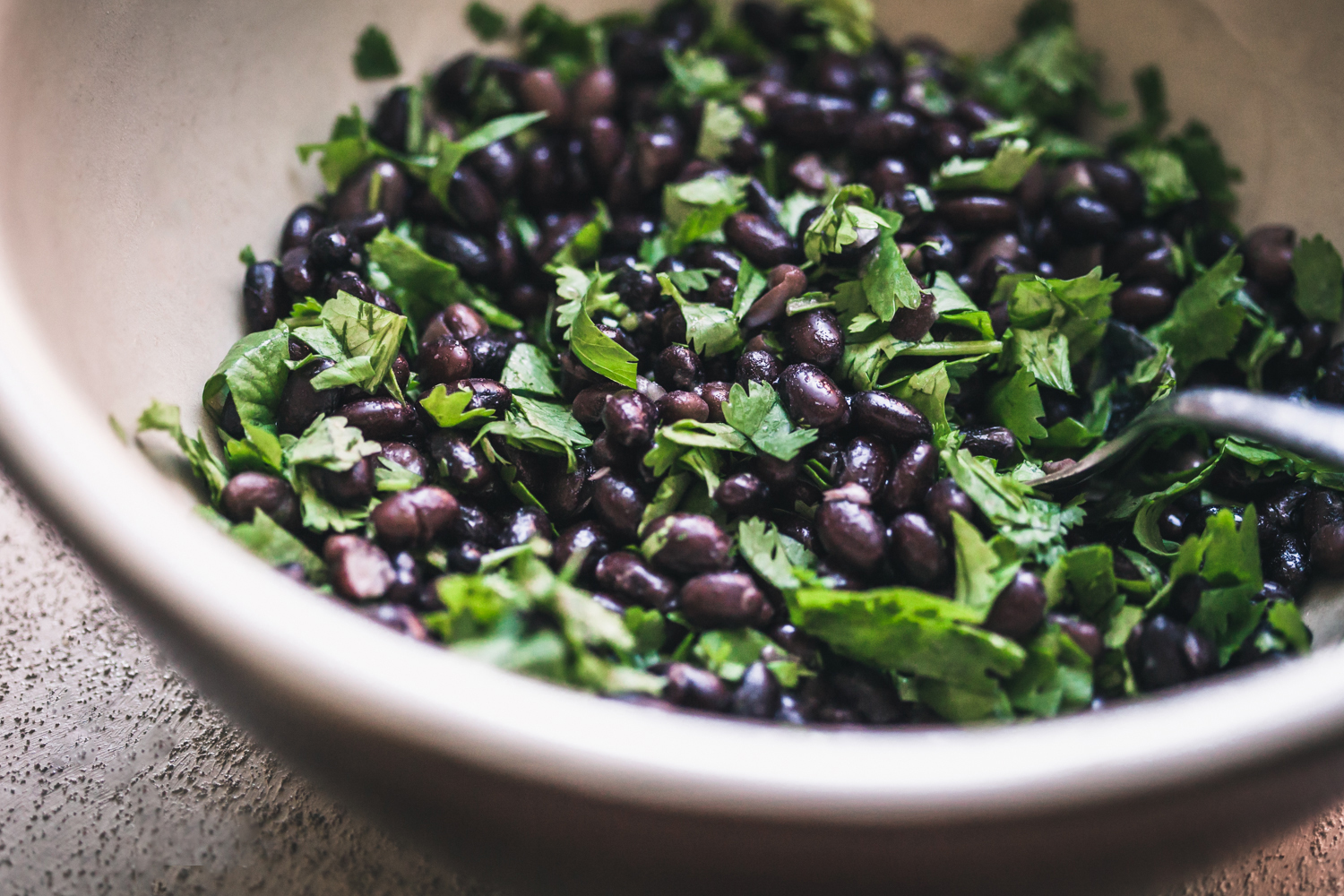 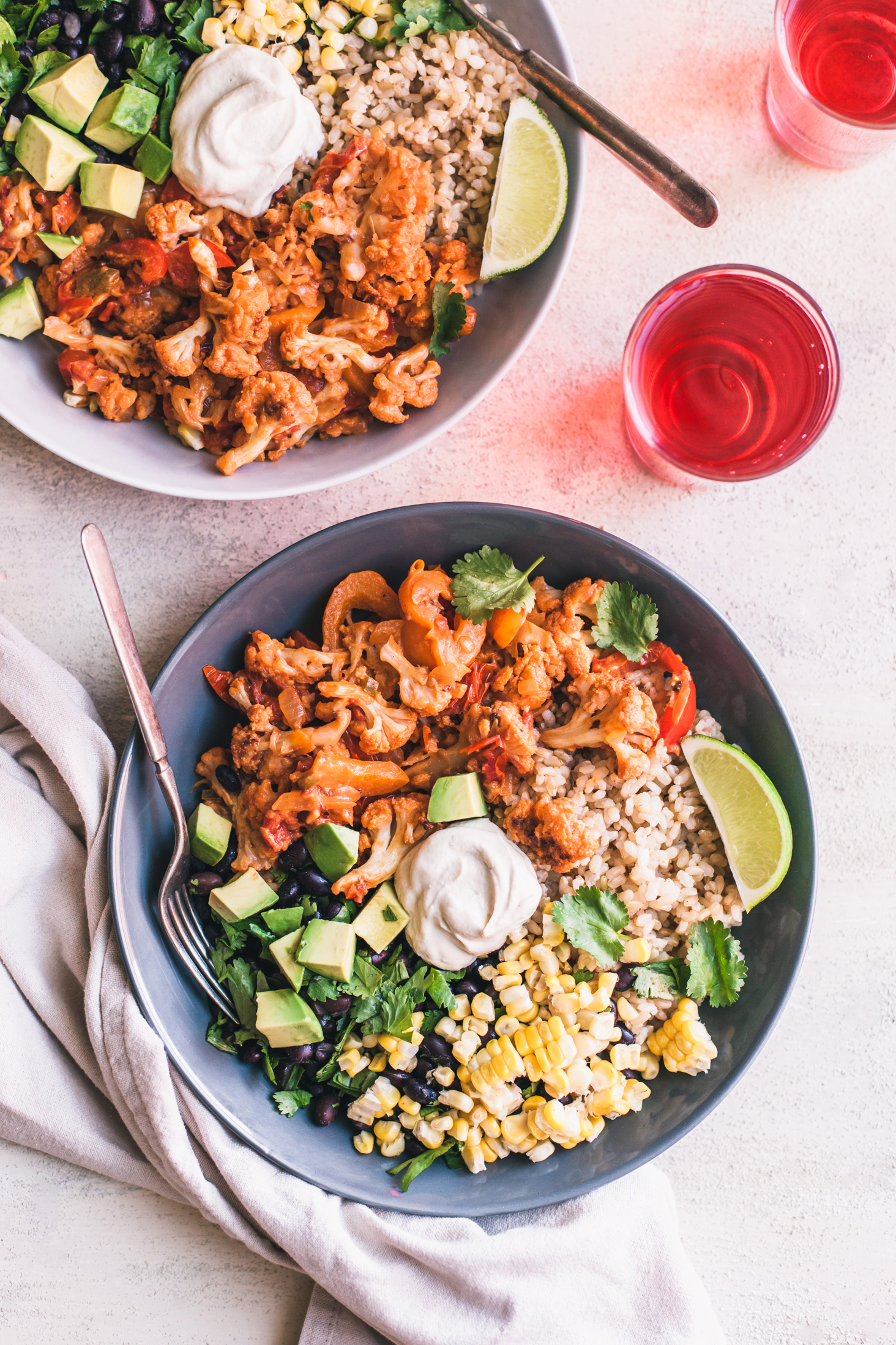 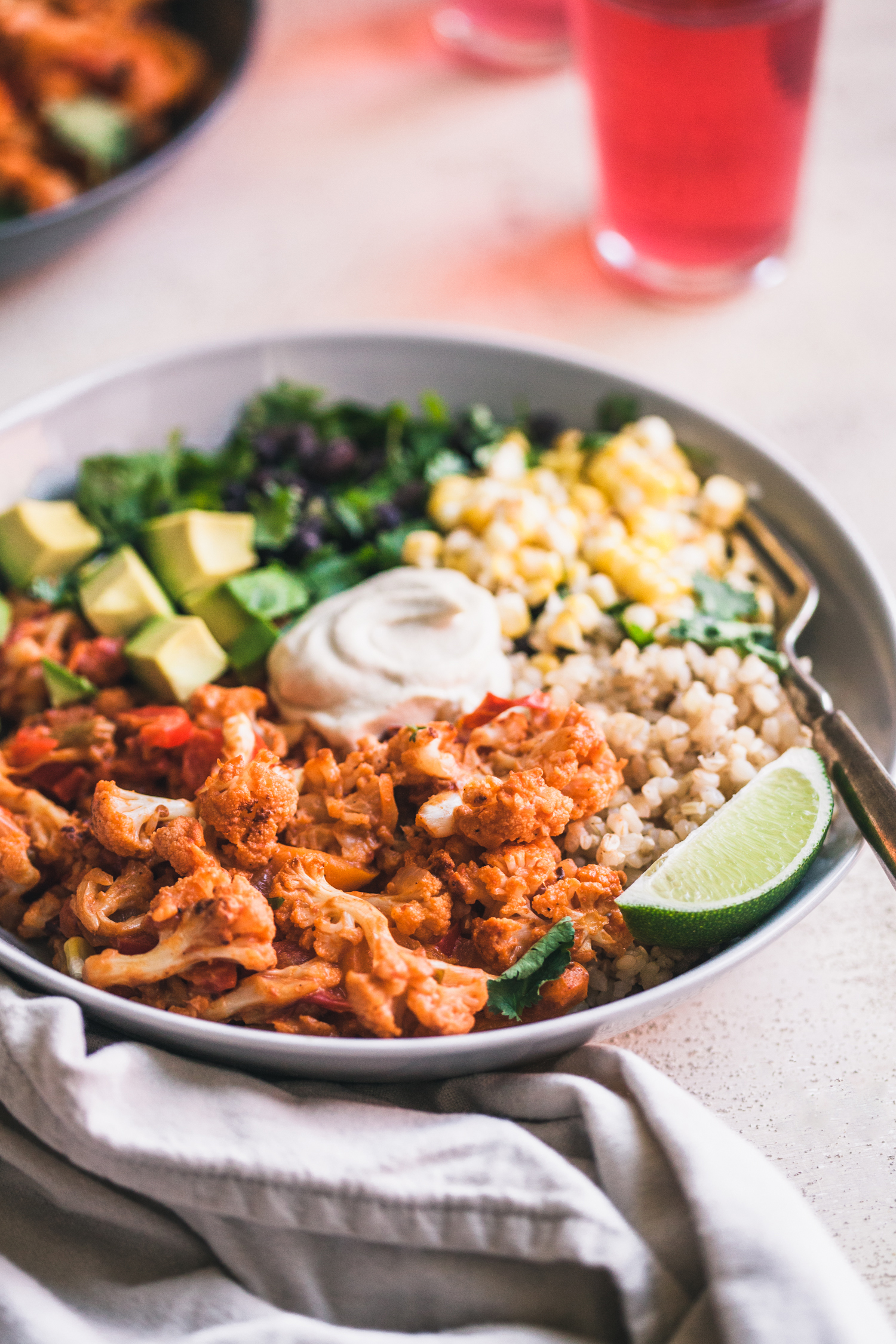 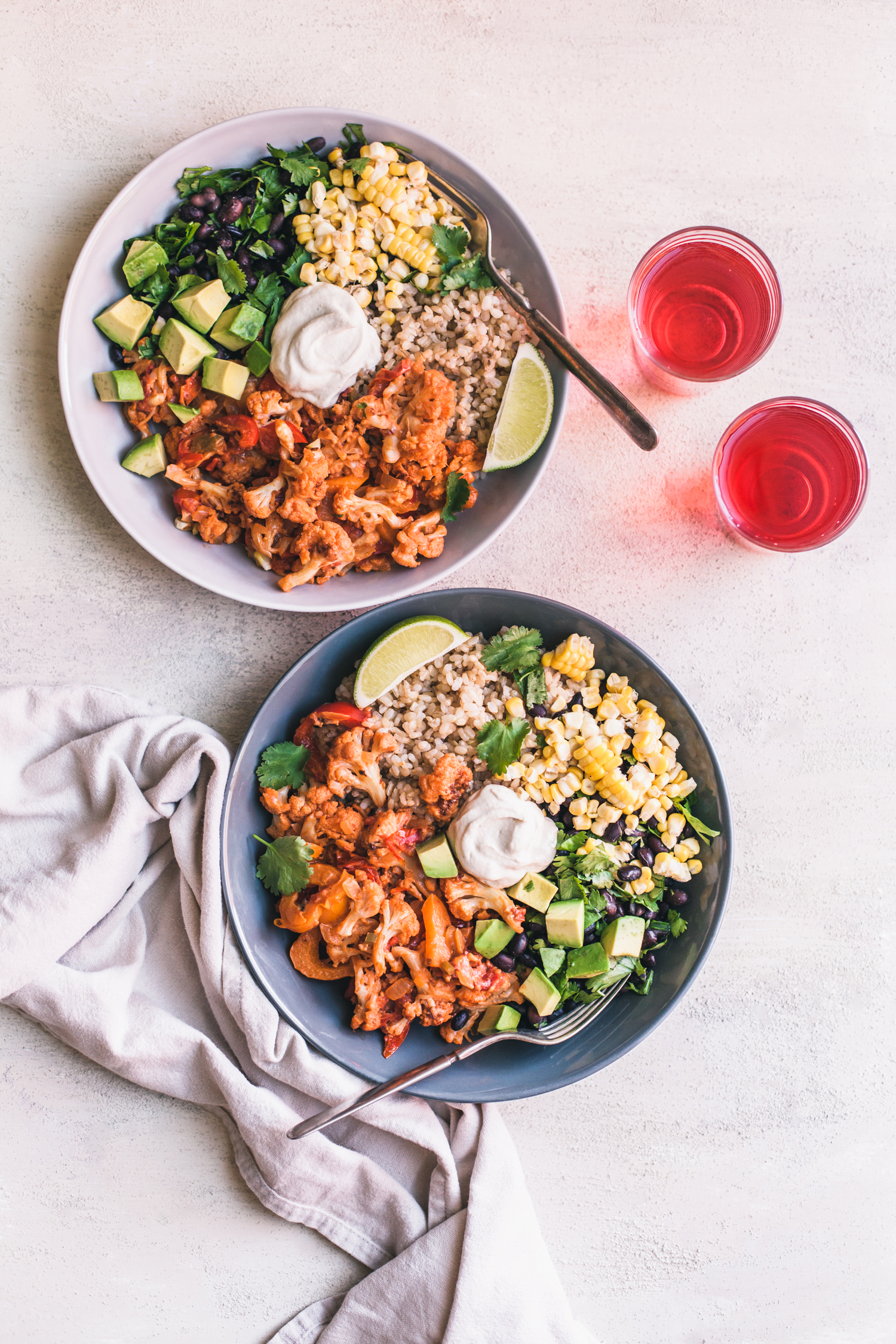 to make the cashew lime cream

Notes
The chipotle cauliflower is spicy. Not overly so (perfect as far as our spice preference), but if you are sensitive to spice, consider omitting the jalapeño and/or decreasing the amount of chipotle peppers you use.
3.5.3226
« Yellow Split Pea Chowder from Power Plates
Cherry Syrup + Cherry Kombucha Mocktail »