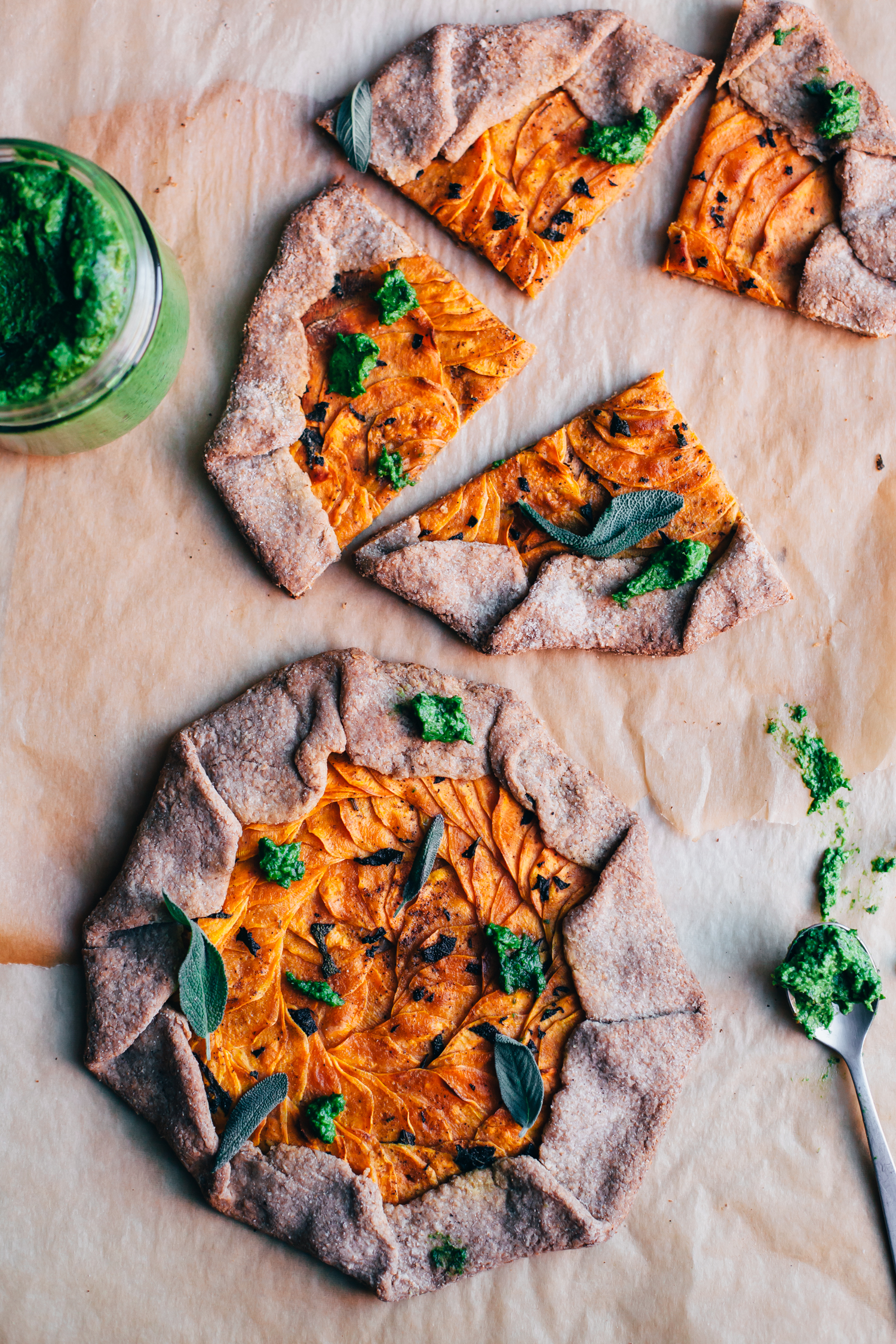 I love galette. It really is the lazy wo/man’s pie. I love that galette crust requires the least amount of fuss of all the crusts, and that the messier it looks, the better. I love that galette filling can be any good combination of vegetables, fruit and herbs, and that it can be as minimal or grand as one wants. This sweet potato version falls on the minimal side of the galette spectrum, yet it is completely lovely and delicious. There are layers of caramelized onions, thinly sliced sweet potato, and sage, all enveloped by a rustic spelt dough. We love to eat it with our favorite, magic green sauce, which is a savior for any leftover herbs in your refrigerator that are fated to end up in the trash or compost. 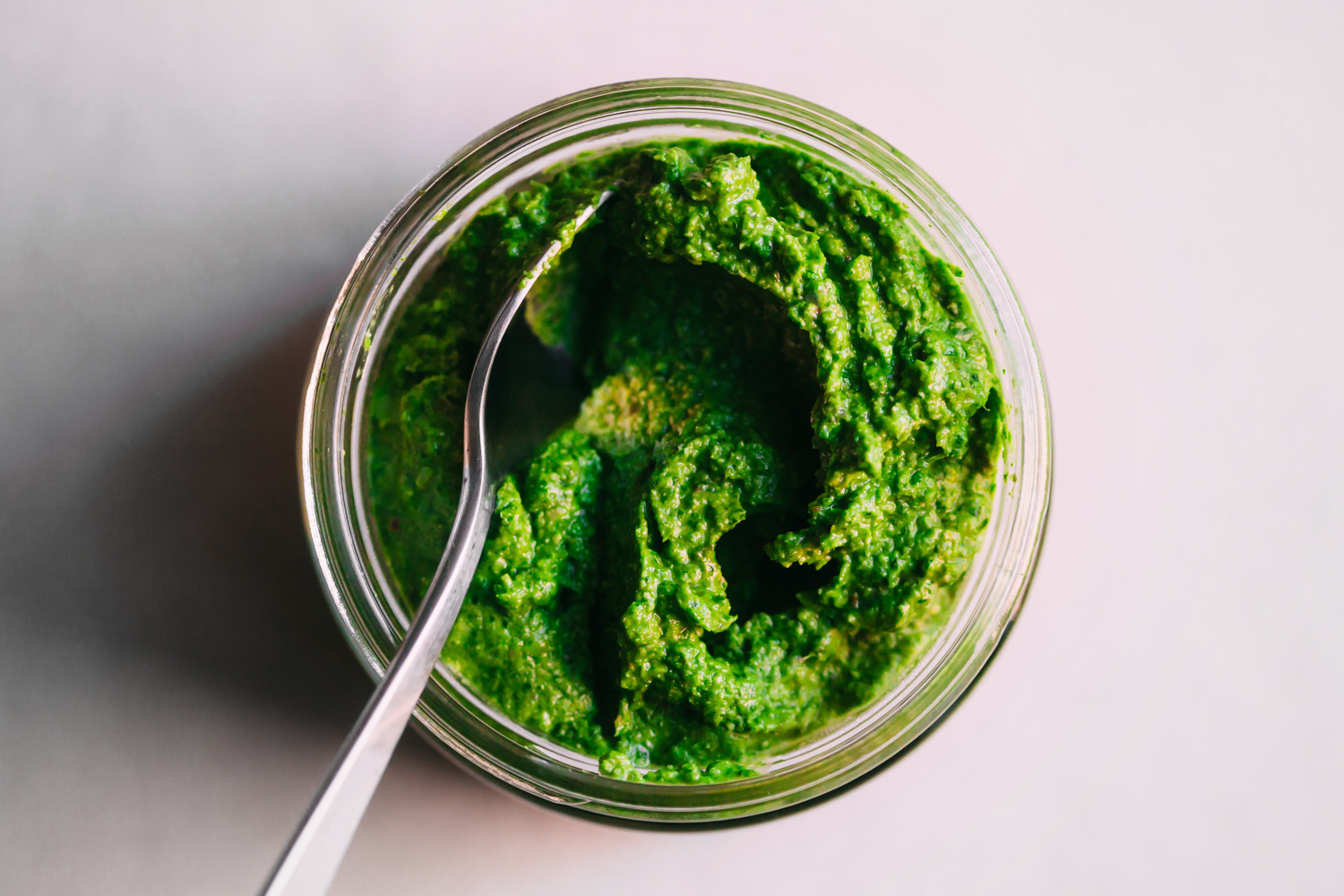 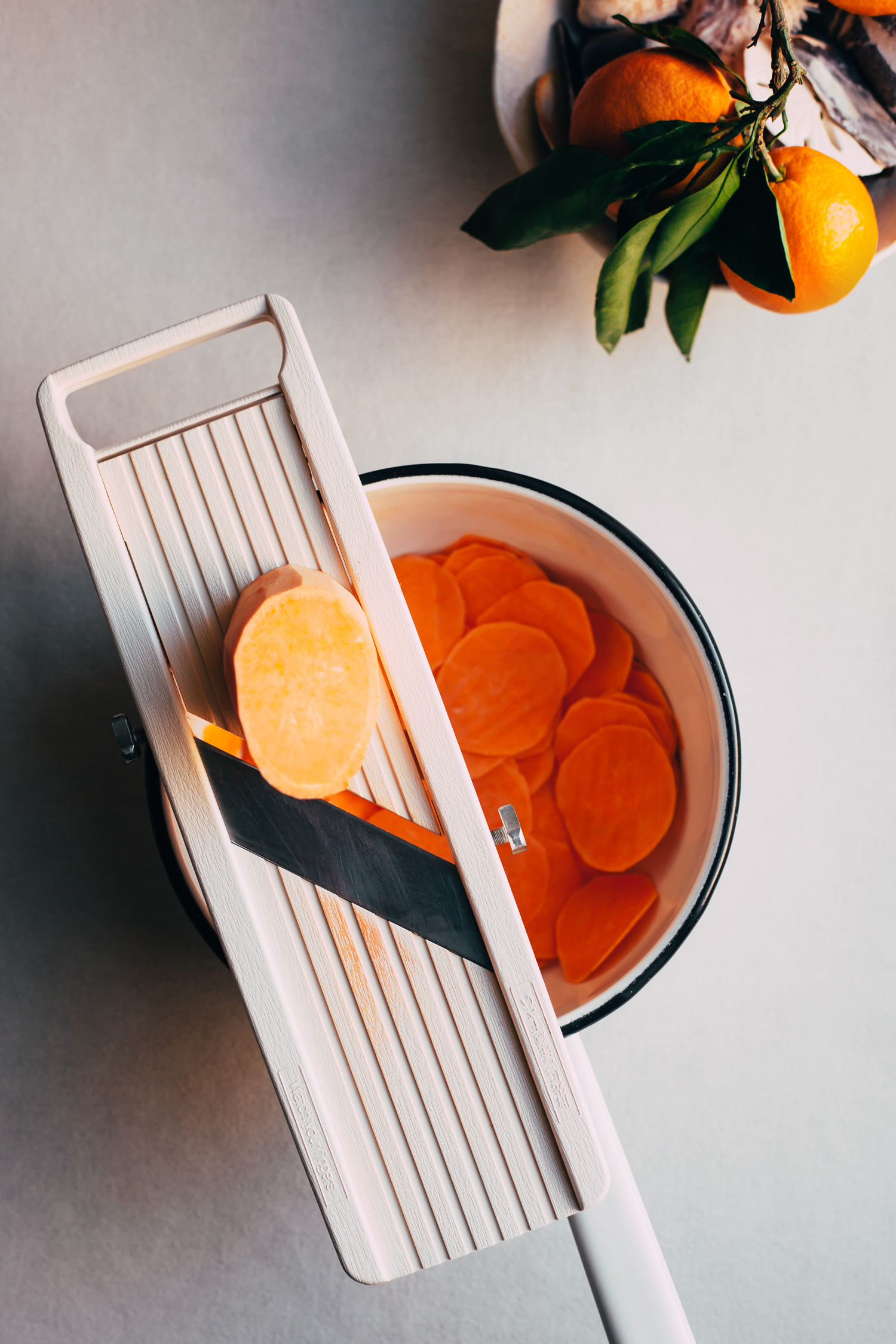 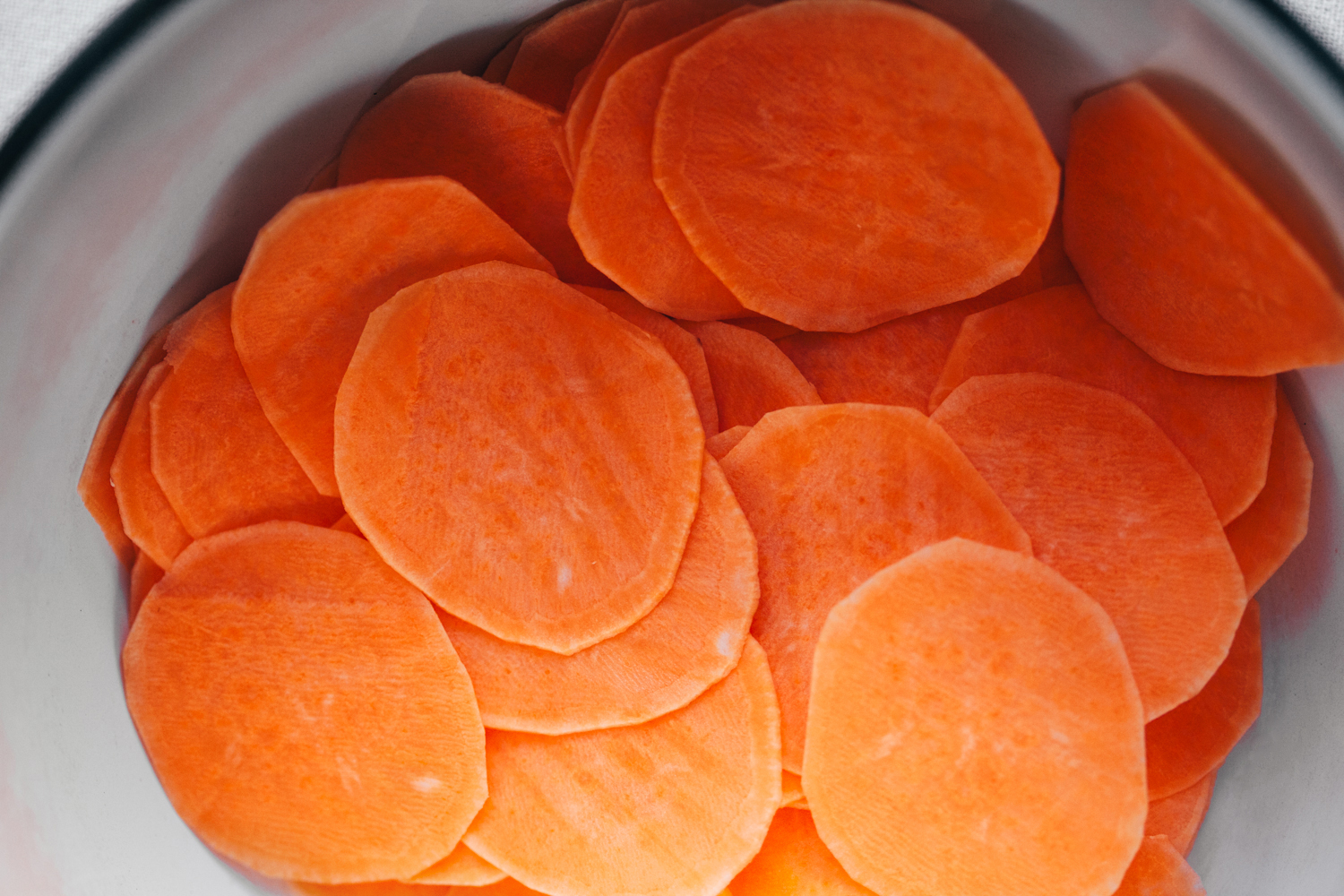 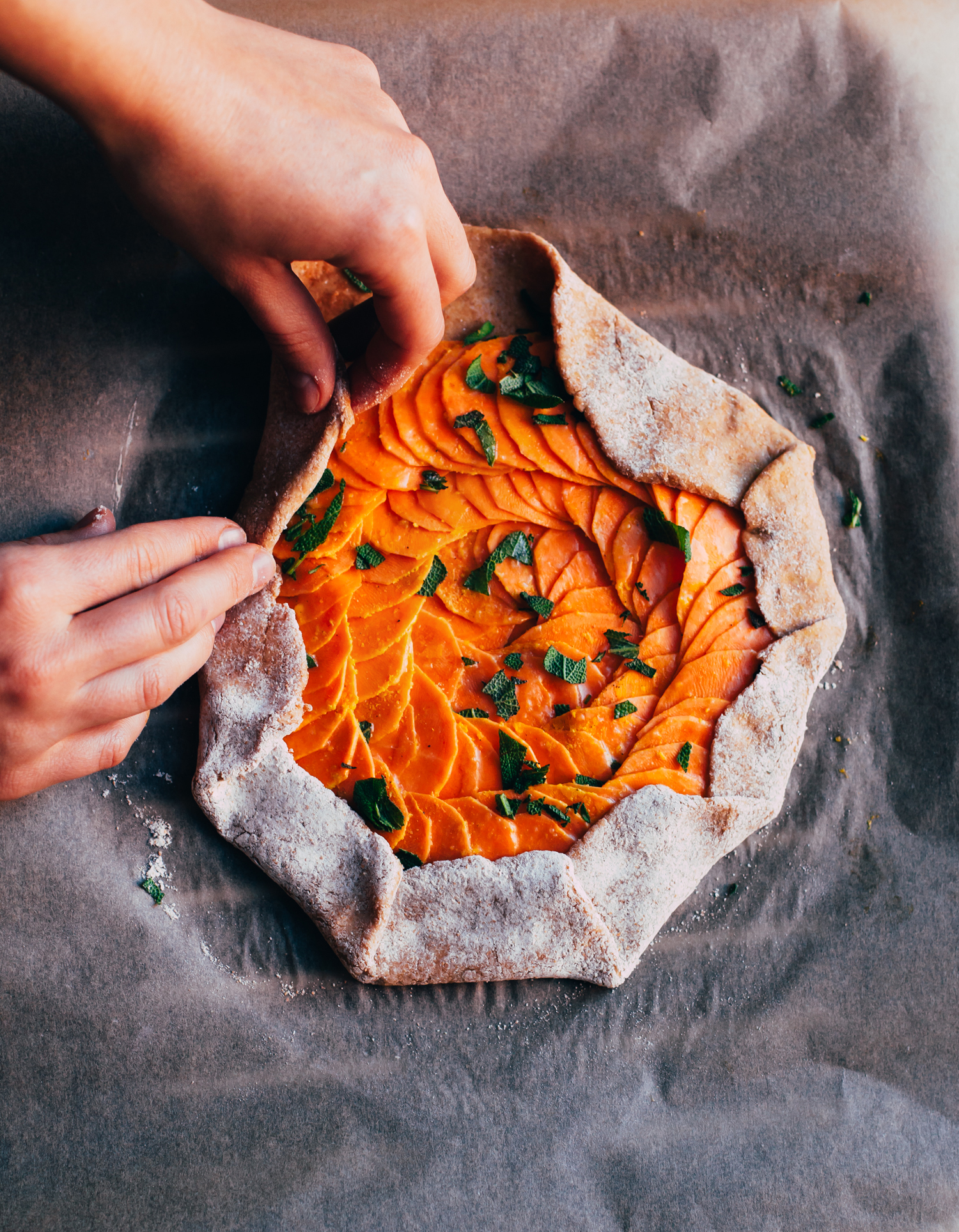 The green sauce is something I make every week. It’s sort of a cross between pesto and chimichurri, but made with pumpkin seeds as a more affordable alternative to pine nuts, and umami-fied with a bit of miso. You can make it with pretty much any herbs you have on hand. I usually make mine with parsley, but it also does well with the addition of cilantro, basil, tarragon, sage, and even rosemary. You can add in things like carrot or radish tops, too, which normally get thrown away, but are perfectly good to eat. I don’t discriminate against soft herb stems in this sauce either, and whirl them all in. For instance, if I’m using parsley leaves for a recipe, I’ll save the stems for this sauce instead of throwing them away. I’ll do the same with most other herbs.
The sauce is a nice brightener for pretty much any savory dish. It’s great on toast, in pasta, on roasted vegetables, with eggs, and it’s absolutely delicious on this galette. I hope you’ll give it a try :) 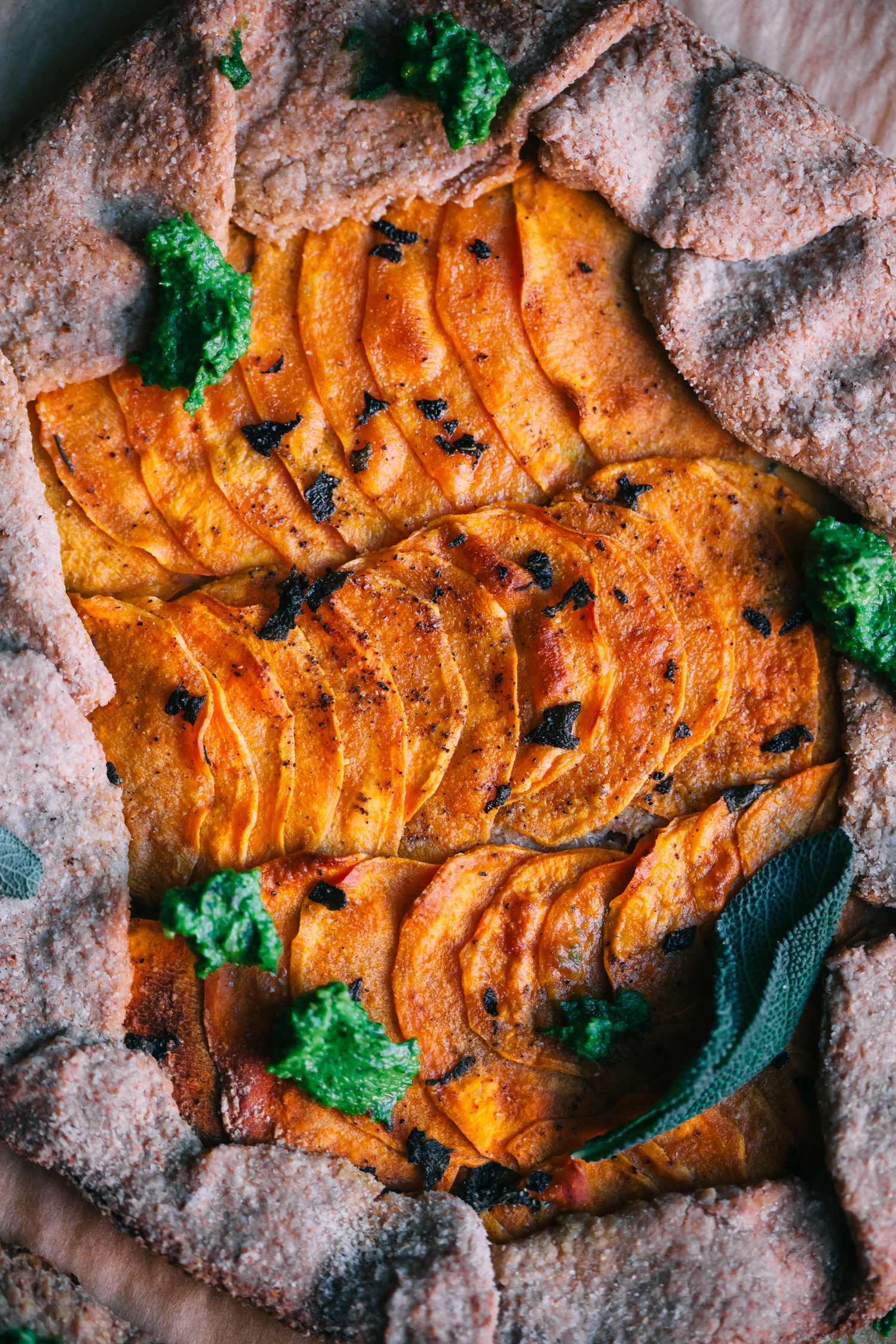 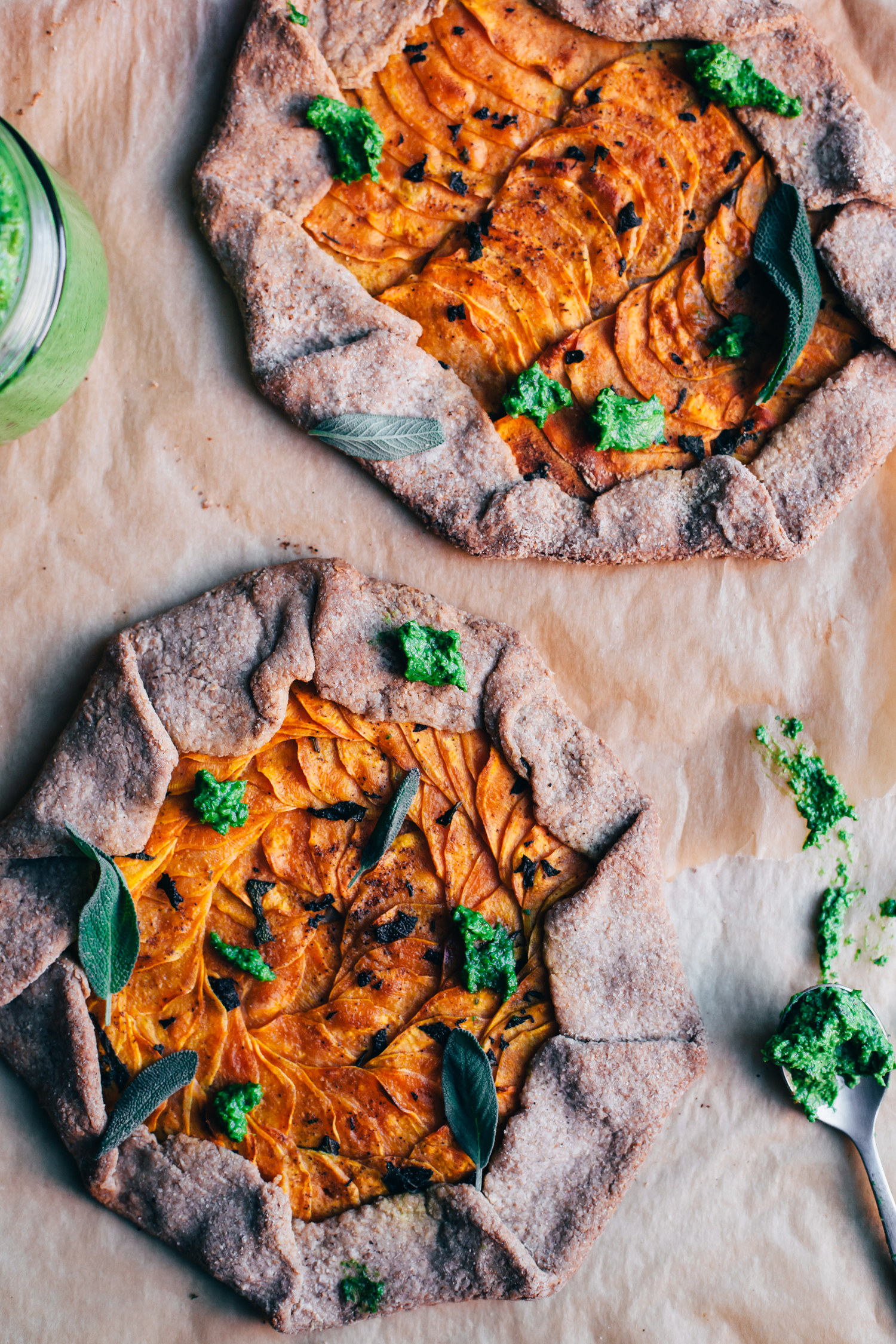 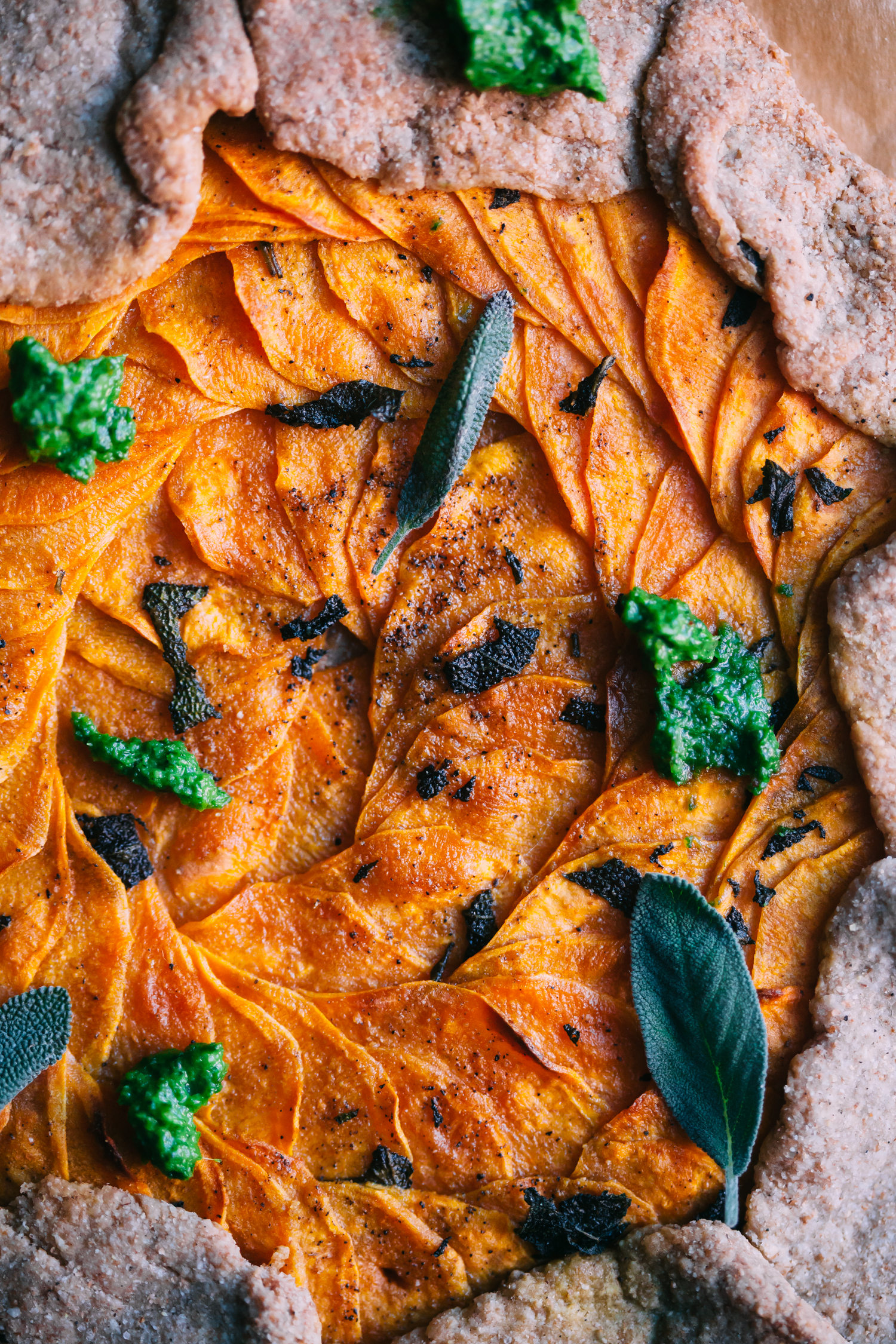 Print
Serves: two 7" galettes
Ingredients
for the filling
for the dough
Instructions
to caramelize the onions

to make the dough

to assemble and bake