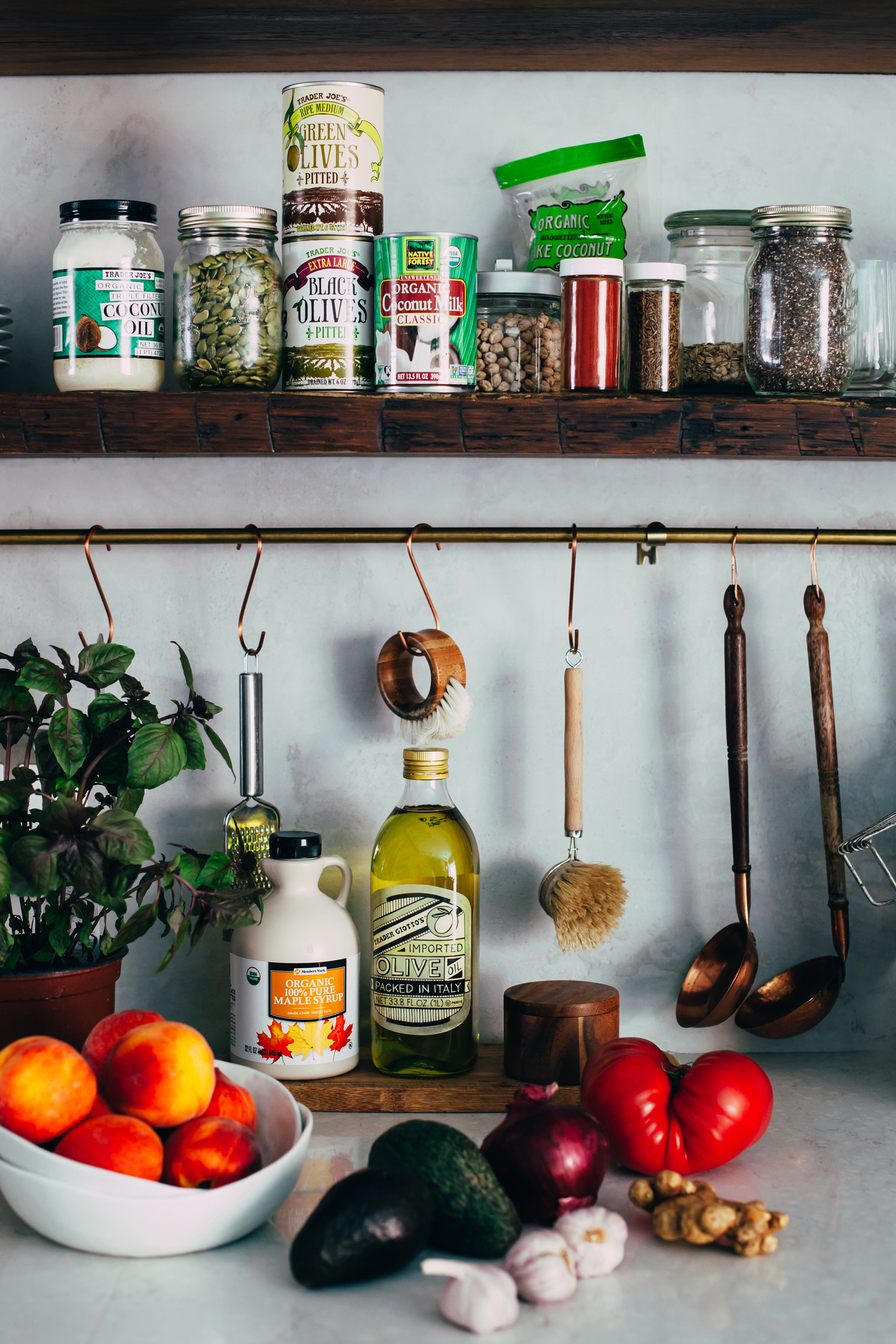 Here comes Part 2 of our Plant-Based Summer meal plan, which we created in hopes of helping some of you get more plants into your life on a day-to-day basis. We aimed for efficiency, but also tried to come up with recipes that are inspired and delicious. Part 2 focuses on dinner and dessert only. There are tacos and fajitas, as well as a juicy fruit crisp. To see the breakfast and lunch recipes, as well as the grocery shopping list for the entire meal plan, head to Part 1.
If you use this meal plan, we would appreciate your feedback a whole lot. Tell us which parts were useful and where we could improve. These meal plans are a ton of fun to come up with, but they are also a ton of work, so we want to make sure that we are putting our energy into something that’s practical to you. Providing that everything goes well, we’ll come out with the next meal plan in the fall. Until then, we are back to our regular schedule of two recipe posts a week :)

*all recipes are vegan and gluten-free and will make enough for a workweek (5 days), for 2-3 people

Make the fajitas to have for dinner on Monday, Tuesday, and possibly Wednesday nights. This will be fairly quick, since you already prepped the vegetables and spice blend during prep day. Bake the crumble for dessert on Monday or Tuesday night, it’s quick and you will have enough for dessert for the rest of the week.

Once you’ve finished eating the fajitas, prepare the Kimchi Zucchini Tacos for dinner starting Wednesday or Thursday night and until the end of the week. They are a very quick, weeknight-friendly dish. These tacos would also work well as a lunch, if you need a break from the soup and salad.

These fajitas make for a very satisfying dinner, and they taste like the real deal, too. They utilize the chickpeas and half of the cauliflower, left over from Part 1, as well as the piquant fajita spice. When wrapped in a tortilla, the spicy onions and peppers, meaty portobello wedges, caramelized cauliflower, and chickpeas make up the perfect pocket of flavor, especially when finished off with all the fixings. 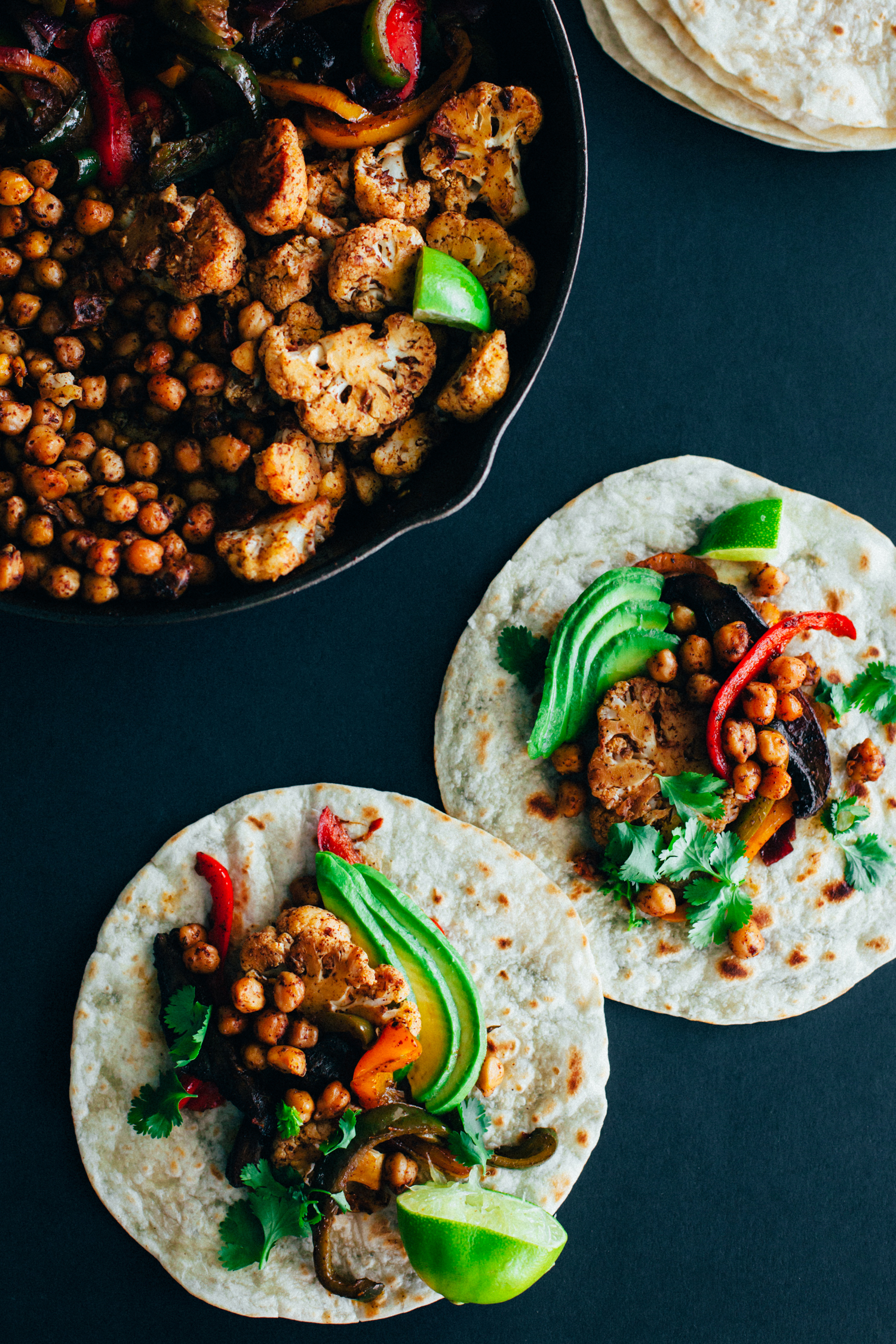 These tacos are incredibly easy to make, but mindblowingly good despite that fact. I make them at least once a week in the summer, for a reliable, no brainer-style dinner. The kimchi basically does all the work for you here, infusing the zucchini and carrots with its powerful flavor, while the creamy avocado and cilantro bring on the perfect finishing touch. 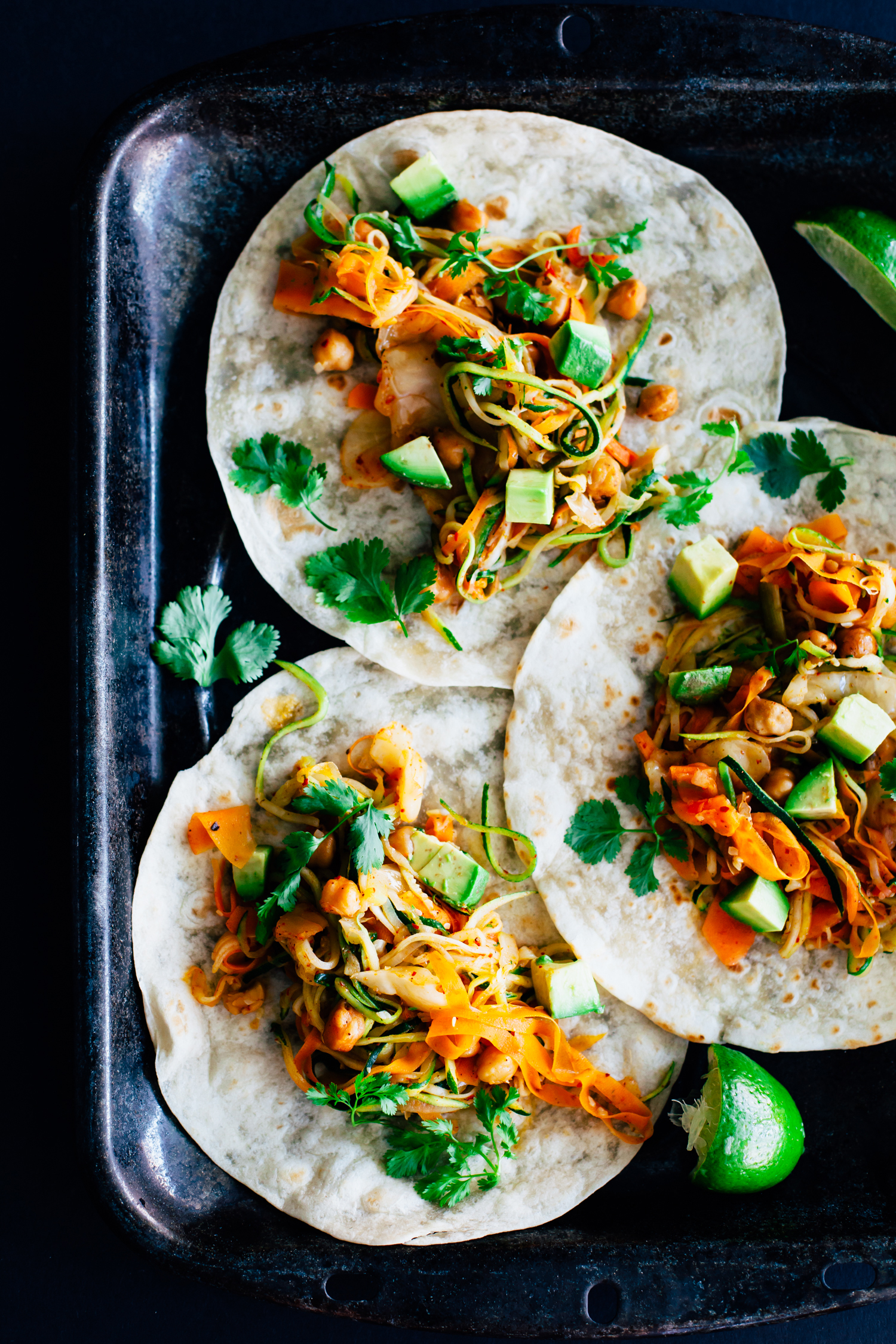 A fruit crisp is one of the easiest desserts to make, especially in the summer, when so many fruits and berries are at the peak of their flavor. This recipe utilizes the almond pulp, left over from making almond milk, for the crisp topping, leaving no part of the almond behind! Feel free to use any other fruit or berries for this recipe, just make sure to adjust the sweetener if you have a fruit that’s less sweet, like plums. 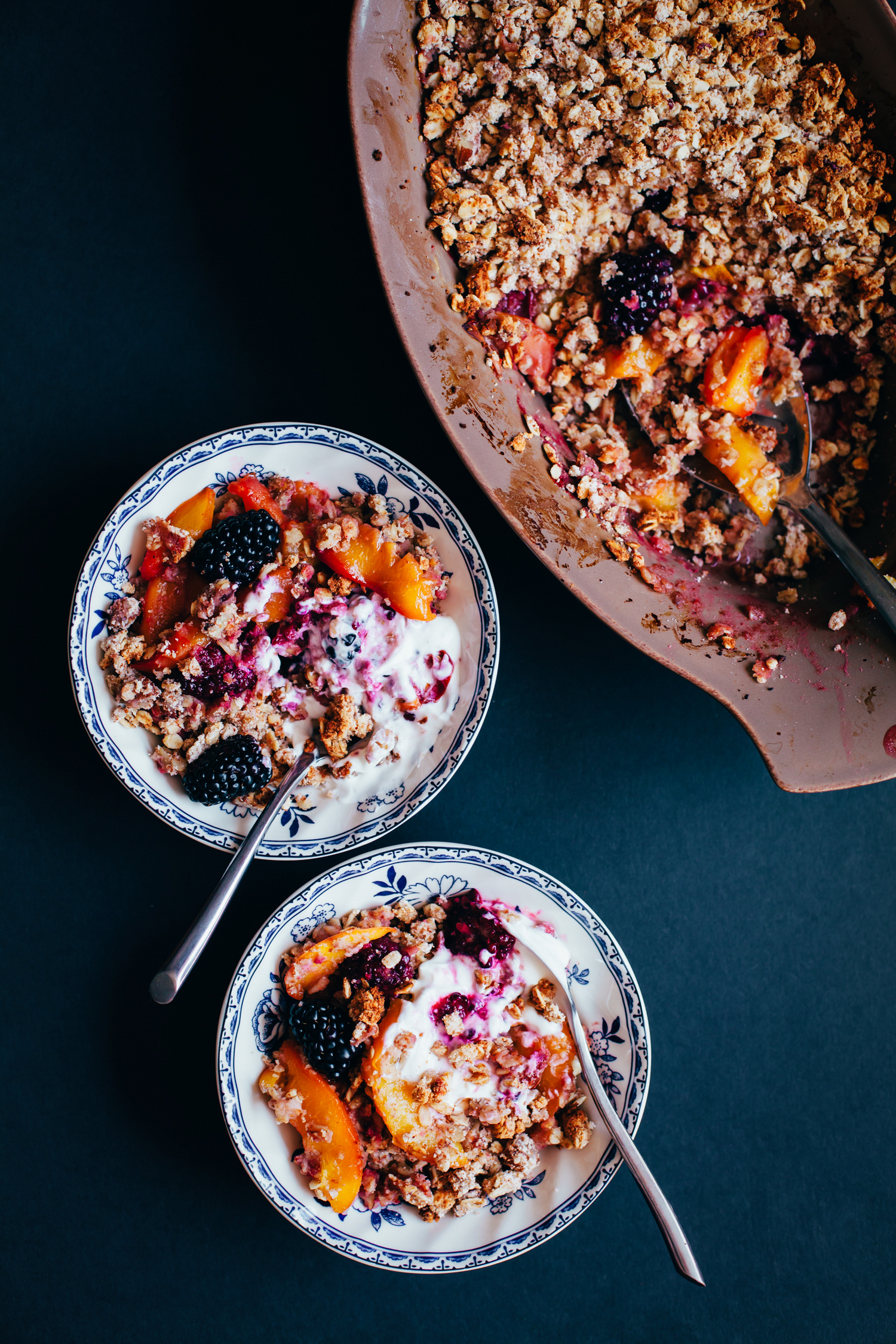